Anne Hathaway has vowed to quit drinking for 18 years to raise her son.

The American actress, who welcomed her son Jonathan Rosebanks Shulman with husband Adam Shulman back in 2016, revealed the news when she appeared on an episode of The Ellen DeGeneres Show that aired in the US earlier this week.

Of course, mums are advised to limit alcohol during pregnancy and when they’re breastfeeding, but after that? Dry January is probably the longest we can go without a drink.

But the Ocean’s 8 actress is taking it a step further by vowing to give up the booze in order to raise her son better. And she’s planning on keeping it up until her little one flies the nest!

‘I’m going to stop drinking while my son is in my house just because I don’t totally love the way I do it,’ Anne told talk show host Ellen DeGeneres.

‘And he’s getting to an age where he really does need me all the time in the morning,’ she added.

The mum-of-one, who has previously opened up about post-pregnancy body confidence, also divulged what lead her to make her life-altering decision.

Speaking of a previous experience where she had to juggle mummy duties with nursing a hangover, the 36-year-old said: ‘I did one school run one day where I dropped him off at school.

‘I wasn’t driving, but I was hungover,’ she admitted, ‘and that was enough for me. I didn’t love that one.’

The dedicated mum’s decision probably stems from the ‘deep connection’ that she feels to her son.

Speaking to the Las Vegas Review Journal, she said: ‘I feel such a deep physical connection with my son.’

‘When he’s sick, I wake up in the middle of the night asking, ‘Why does my throat hurt?’ If I have a headache, he will rub his little head. We are connected in ways that no one could ever explore in a lab. It’s just part of the magic of life.’ 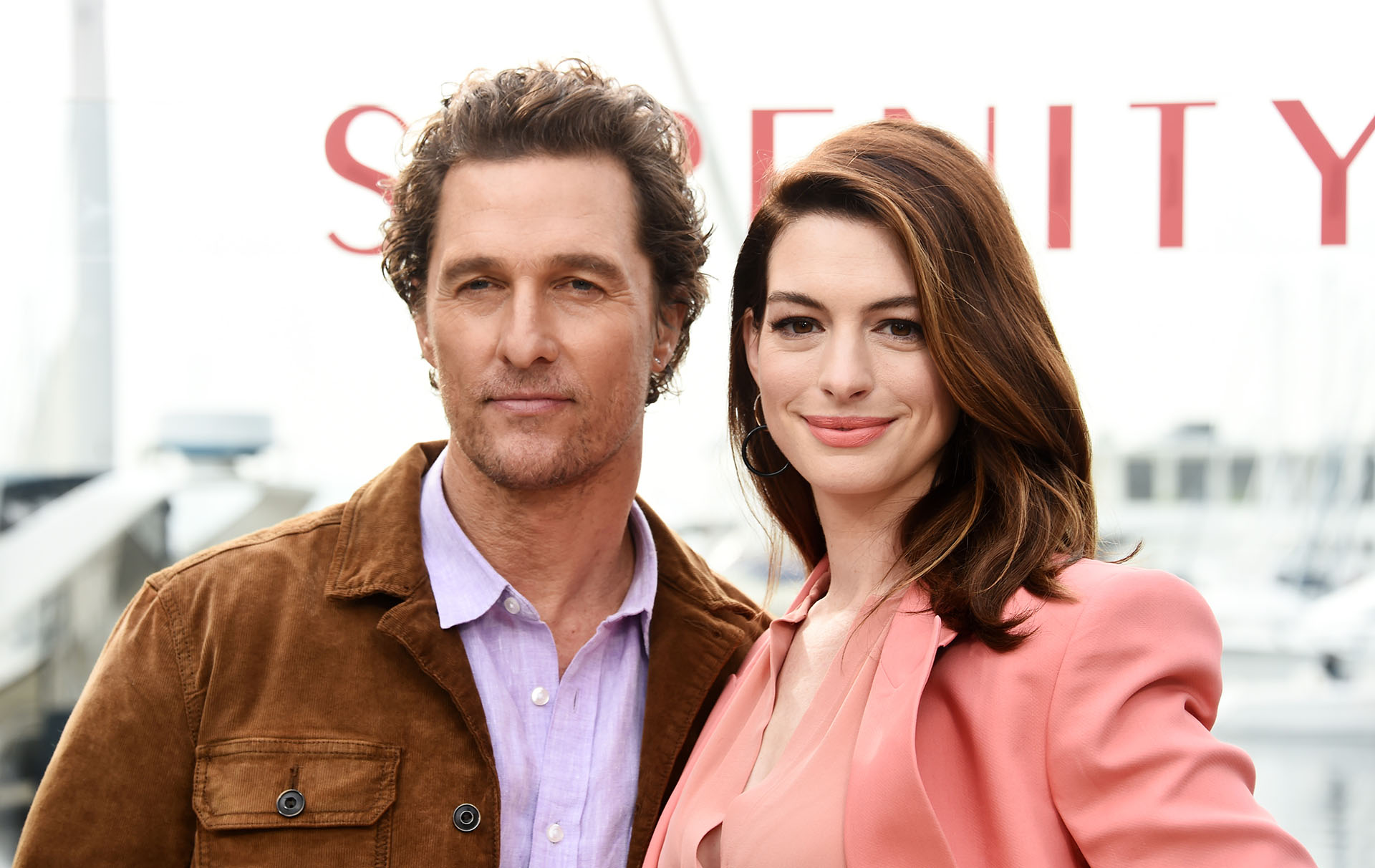 The Devil Wears Prada star, who is mum to two-year-old Jonathan, made the decision to go dry final back in October after hitting the town with Serenity co-star Matthew McConaughey (pictured) and his wife Camila Alves and then attending a meeting hungover the next day with the film’s director.

‘I was just kinda stumbling in with one eye open,’ she said, ‘and I was trying to convince him about certain things about my character’.

What do you think about Anne’s decision? Could you make such a sacrifice? Head over to our Facebook page and share your thoughts.