Christine Lampard breaks down in tears on Loose Women as she discussed giving birth to her first child.

The new mum returned to the TV show as a panellist, and naturally her fellow hosts had a few questions for her on how she’s finding motherhood.

Clearly emotional and in tears, Christine opened up about the birth, saying: ‘I was sort of fine up until the moment the doctor said, “You’re about to become a mum”. I just said, “Oh my god.” 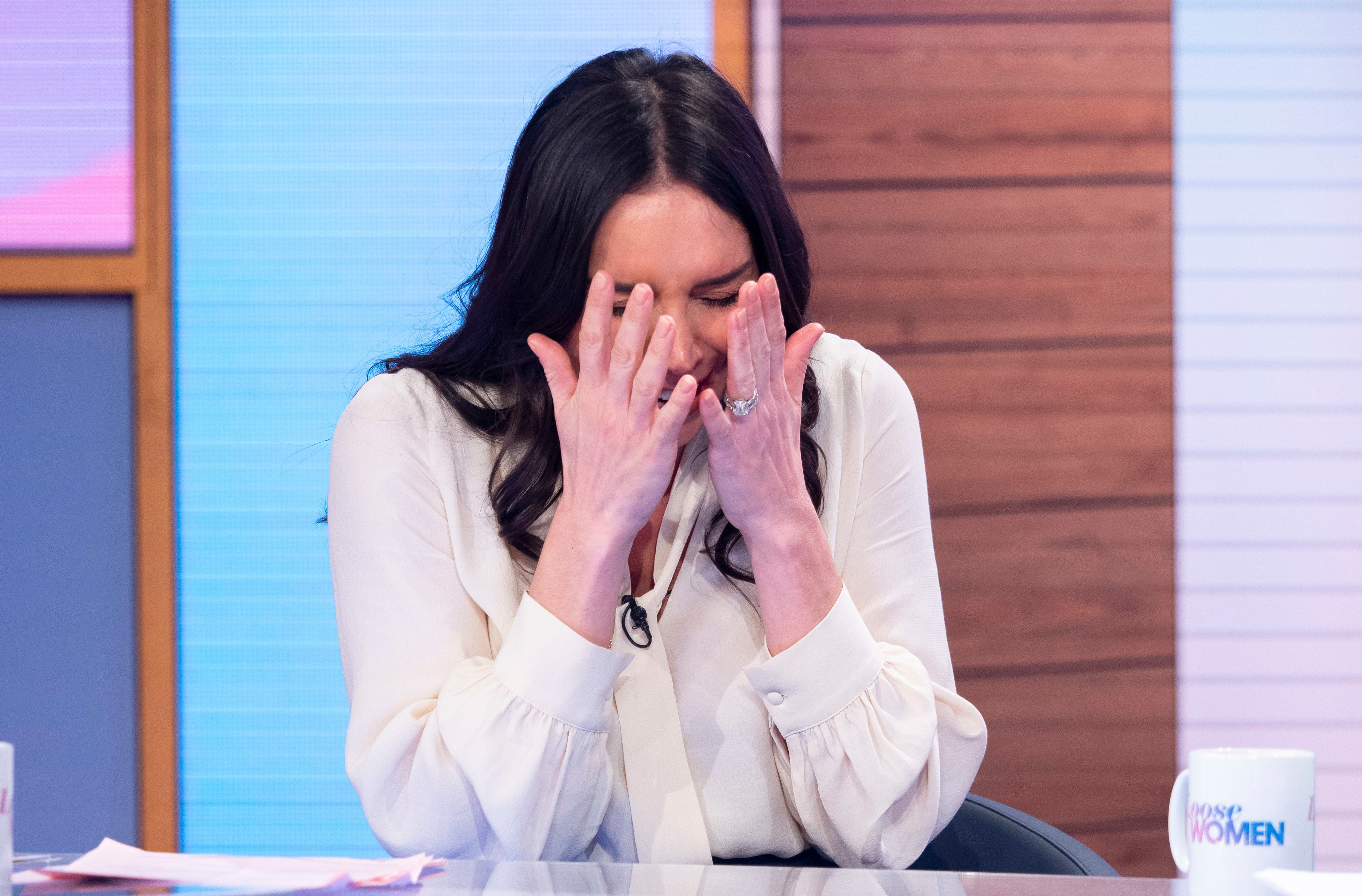 She said: ‘We went for a cup of tea yesterday morning, I had her in the pram. I’m brave enough now to take her out on my knee.

‘Nothing scares me but in the early stages I thought, “Oh what if she cries… what if I don’t have the right stuff with me?”

‘The first time I got caught breastfeeding, I mean caught out as I didn’t know how to do this in public. But she did it and she hasn’t gone hungry.’

The TV presenter also spoke about the name they picked for their firstborn, Patricia, which is a tribute to Frank’s late mum.

She said: ‘It’s old fashioned but it was Frank’s mum’s name. I sadly never got to meet her and Frank was incredibly close to her.

‘And it was on of his biggest sadnesses that I never got to meet her… we’ve gone with the traditional grandmother name we’ve gone very old school.

‘There’s a lovely picture of Frank’s mum at home and when I’m feeding her I’ll say, “That’s your granny, who you’re named after.”’

Speaking about how she was making it work with Frank, who spends a lot of time in Derby because of his role as manager of Derby County FC, she said: ‘He’s in Derby obviously so he’s doing less nappies than me! But we’re to-ing and fro-ing a lot of the time.

‘When he is doing the nappies he’s very good, but not as much as I would like.’