A mum has revealed her hack to help keep her baby asleep for longer.

A mum has revealed her clever hack that will help parents to keep the little one asleep for longer.

Most parents will do all that they can to keep their babies and toddlers asleep for as long as possible.

But more often than not, early (and loud) wake ups are just part of the job.

The Northern Ireland mum told Belfast Live that she tried everything to stop her 10-month-old’s 4.30-5am wake ups, but with no avail and couldn’t figure out what was wrong.

Baby sleep guide: How to get a baby to sleep

‘I was losing my mind trying to figure out what was waking her up every morning,’ she said. ‘I thought it was hunger but she wasn’t ever overly fussed on her bottle when she did wake up.

‘For ages I kept saying to myself it was a bad bout of teething, but she was fine when she did get up just cranky sometimes because I could tell she was still tired but just couldn’t get back to sleep when she did wake.

‘I tried everything but nothing seemed to work and I had resigned myself to the fact she would forever wake before 5am.’

The desperate mum said that she was chatting to a friend who pointed out that babies sleep better with complete darkness due to the fact that darkness helps release the sleepy hormone melatonin. 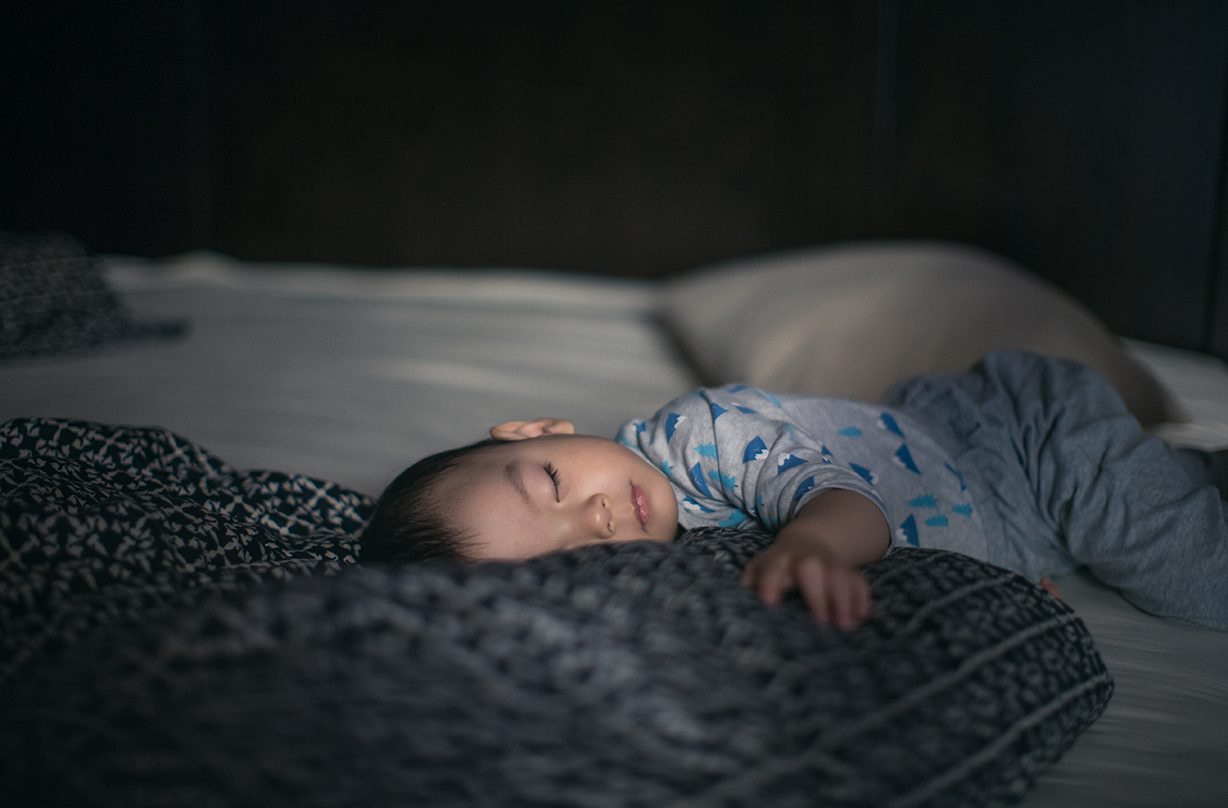 ‘We had blackout curtains in her nursery but I did notice one morning when I went in, there was still light getting in through the top – above the curtain and when I thought about it, the room was a lot brighter than I’d expected.

‘I didn’t really want to spend a fortune on new blinds and curtains in case they made absolutely no difference to her sleep,’ said the 31-year-old, ‘so I decided to think outside the box and look for an alternative, and there it was right in my cupboard.’

The mum-of-one said that used black bin liners on the window to try and make the room darker.

Read more: 15 of the best baby sleep aids to give your little one a restful night

‘I put the bin liners up over the edges of the nursery room window where the light was getting in,’ she said. ‘I didn’t even care what the neighbours must have thought as I was desperate to get more sleep.

‘I couldn’t believe it, the first night she slept until 8am, she had never done that before. I thought it might have been a fluke but she’s sleeping to at least 7.30am every morning now, it’s amazing.’