Most parents worry about how their children are sleeping, especially new parents and parents of young children.

With babies you have to look at baby bed safety and how to safely co-sleep and with older children you have to think about sleep regression and how to actually get your child to sleep in the first place. Not to mention getting them into a stable bedtime routine.

And while new parents may often worry about whether their baby is still breathing (we’ve all had those paranoid ear against the nostril moments), it may actually be more important to pay attention to how they’re breathing.

One mum has highlighted this with a post on Facebook that emphasises the importance of making sure your child does not breathe through their mouth when they sleep.

Melody Yazdani from Vienna, Virginia, wrote about how her son was misdiagnosed with ADHD when he slept with his mouth open when he was actually suffering from sleep apnoea and sinus problems.

‘Parents, prepare yourself for some all caps yelling, because this is going to change some lives,’ wrote Melody.

‘CHILDREN SHOULD NOT BREATHE THROUGH THEIR MOUTHS. Not while awake, not while asleep. Never.’

The mum of four’s post went viral, with 37,000 comments and over 300,000 shares, as she then went on to explain that her son Kian, now 8, started experiencing behavioural problems during his first couple of years at school.

After being referred to a therapist, it was suggested that he undergo testing for ADHD.

‘Meanwhile, in the background, Kian has a persistent cough that just won’t go away, so we are also seeing a pulmonologist, and, against the advise of the pulmonologist, an allergist. This will become relevant in a moment.

‘Each doctor is recommending more and more medications – 2 inhalers for the cough, an antibiotic (4 different rounds) for the postnasal drip, a steroid, and it goes on and on. The therapist is dancing around ADHD, pushing us in that direction.’

She then explained that, during a routine teeth cleaning, Kian’s dentist pointed out that he seemed to be grinding is teeth.

‘They were ground almost half way down,’ she wrote.

‘And then lightening struck.’ 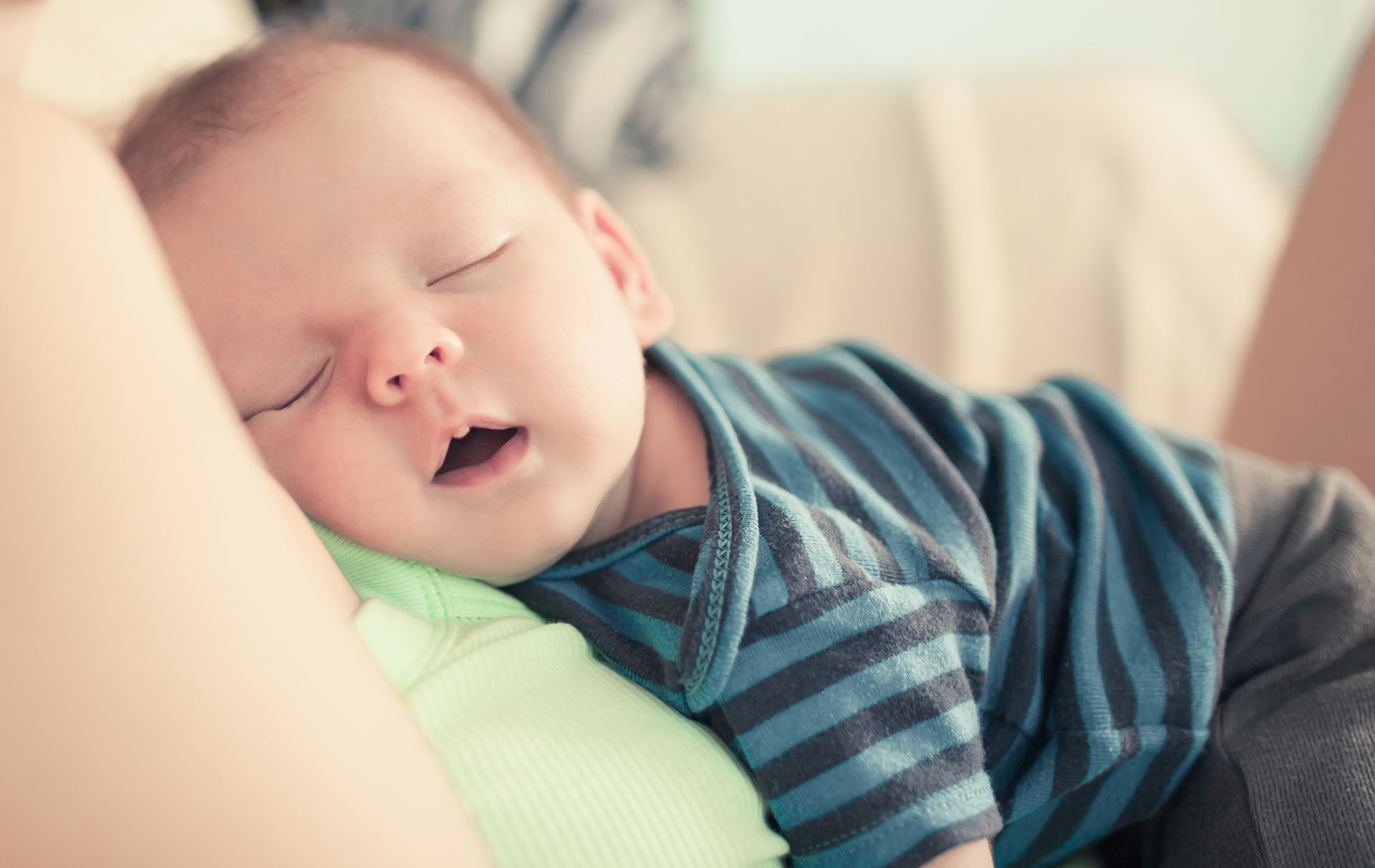 ‘This led me down a rabbit hole of research […] where I learned the following:

‘Mouth breathing is NOT NORMAL and has long term consequences for health.

‘When a child breathes through their mouth, their brain (and body) is not getting enough oxygen. At night, this lowered oxygen saturation is detrimental to the quality of sleep and their brain’s ability to get enough rest.

‘When the mouth is open, the tongue cannot rest in the correct place. Over time this can lead to incorrect development of the upper jaw – narrow and high palette, a recessed lower jaw (over jet and overbite can form), speech problems (r/l mispronunciation) and misaligned teeth

‘When sleeping, in addition to the decreased oxygen, the recessed jaw can cut off the airway completely and contribute to sleep apnea in children. To compensate, the body wakes the child and pushes the jaw forward, resulting in disrupted sleep cycles and tooth grinding (bruxism).’

She also discovered that sleep deprivation in children and ADHD lead to the same symptoms, so while her son was being treated for ADHD he was actually sleep deprived due to lack of oxygen.

So parents, you might want to pay a little extra attention to how your children are breathing at night.

If you notice that your child is mouth breathing at night, mention it to the doctor so they can check it out and decide if it’s serious enough to set up a plan of action.

They might suggest special pillows, sprays or mouthguards, or could refer you to a specialist to tackle the issue.