The lovely baby announcement was confirmed by E! News, who reported that Amelia is pregnant with the couple’s third child.

The Fifty Shades of Grey star and his wife have not revealed the gender of the baby, and they also kept the due date under wraps.

The pair, who tied the knot in 2013, are already parents to two daughters – four-year-old Dulcie, and two-year-old Elva.

Speaking about how he embraced fatherhood in an interview with the Sunday Times, he said: ‘Being a dad is the best. I feel a healthy and lovely duty to provide for my kids, and I really like it. It suits me. Making my kids happy is a good thing for my wife and me to be driven by.’ 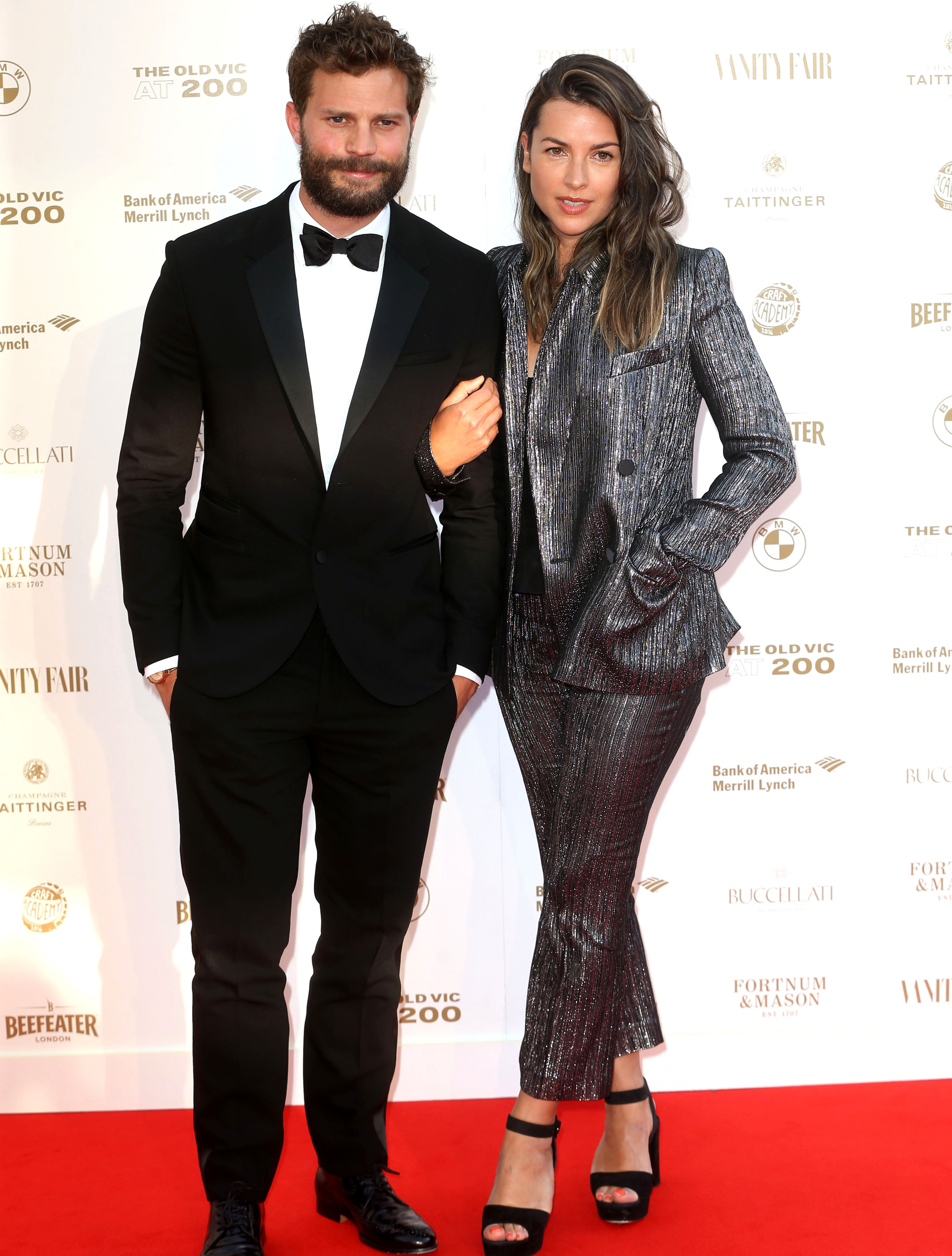 He also spoke about his marriage, confessing that while having children have made them get ‘frustrated’ sometimes, he makes sure he tells his wife he loves her everyday and they’ve only had one argument during their relationship.

He said: ‘We get frustrated at times, usually when travelling with the kids, but we’d never let anything boil and become a thing. We know couples who are plate-throwers, but that’s just not us. I’m glad it’s not us – plates are expensive … Certainly there’s never a day that I don’t tell her I love her.’

The actor also opened up about losing his mum to pancreatic cancer when he was just 16-years-old.

He said: ‘It totally derails you and ends up having a huge bearing on who you become. I probably still feel like a kid. I don’t think I really knew what the effects were at the time, but I do know I’m definitely a different man today as a result of losing my mother so young. I think about her every day. We were as close as a mother and son could be.’