A mum who nearly lost her daughter due to Strep B is calling for all pregnant women to be tested.

Louise and Philip Simmonds, from Beckingham near Doncaster, nearly lost their daughter shortly after she was born on 11 September 2018.

Little Charlotte developed a ‘grunting’ sound when breathing, and was taken into urgent special care where she was diagnosed with sepsis.

Mum Louise Simmonds, who is headteacher at Charles Baines Community Primary school, said: ‘A few hours after Charlotte was born she started having breathing difficulties, making a grunting sound. She had very high infection levels in her blood and meningitis was suspected.’

After a few tests, the baby was diagnosed with group B Strep sepsis and stayed in hospital for two weeks.

Before their baby was diagnosed with the condition, neither Louise or Philip had heard about it – which is why they’re now campaigning for more awareness and for routine tests to be offered to all pregnant women.

Louise added: ‘I hadn’t even heard of group B Strep before Charlotte was born and was not offered a test for it. I think all women should be screened as a matter of course as I wouldn’t wish anyone to go through what we’ve suffered as a family.

‘The whole experience has been highly traumatic, not least for our little two year old son, who was separated from me and his new baby sister.’

Group B Strep is usually unknowingly passed on to the baby by the mother around birth, as around 20 to 30 per cent of healthy people carry GBS in their bowel as part of their normal flora.

However, this can be prevented by testing the mother late in pregnancy and providing intravenous antibiotics during labour for those who are carrying it. This reduces the risk of a baby developing a group B Strep infection by up to 90 per cent. 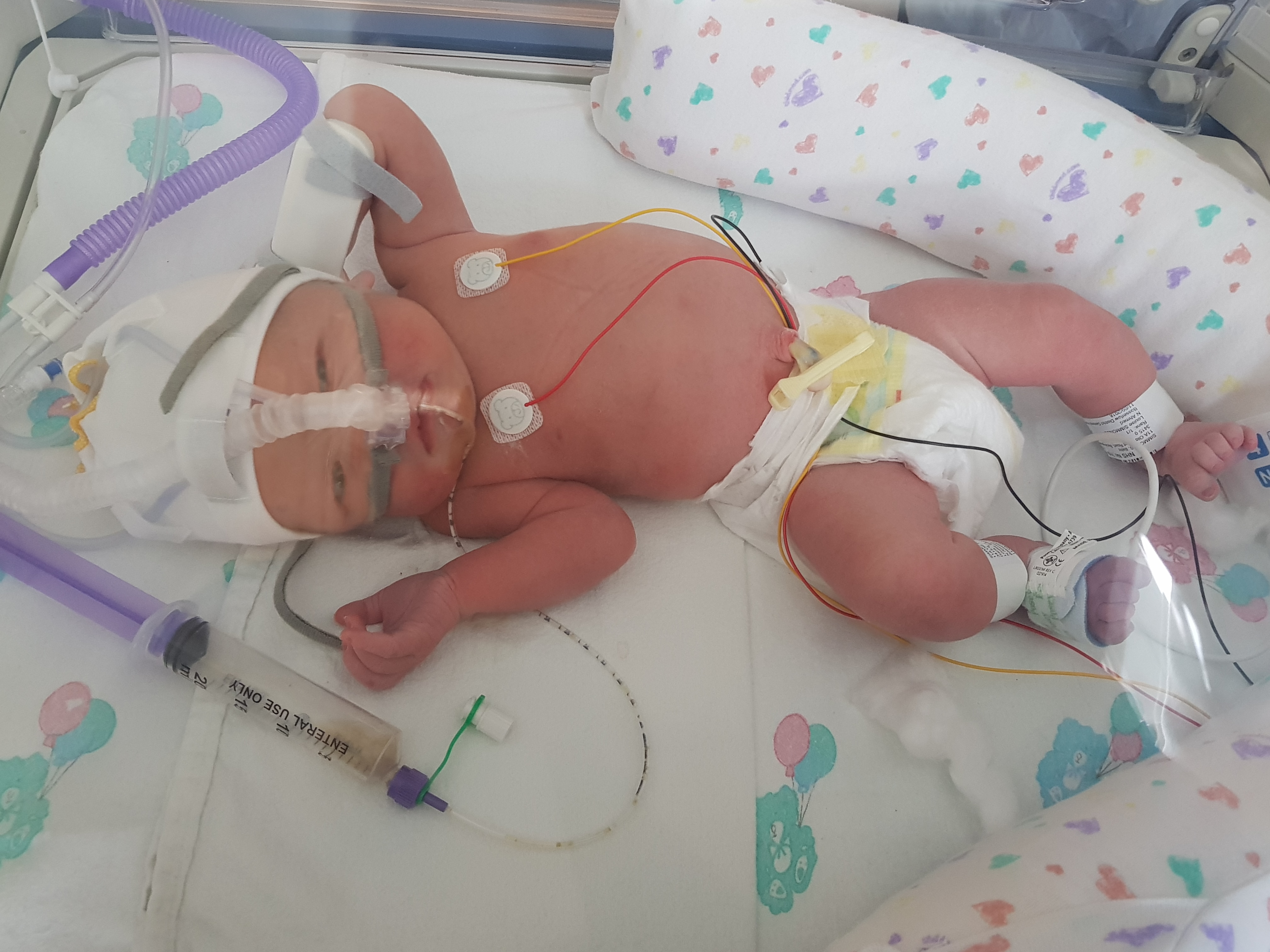 Little Charlotte had to stay in hospital to be treated for Strep B sepsis (Credit: Supplied)

The test is available for £35 privately, and would cost the NHS £11 according to Group B Strep Support charity, who are working to eradicate the infection in babies.

Currently in the UK women are screened using risk factors to guess who might be at risk of carrying the infection.

Other countries like Spain and the United States offer the test as routine care during pregnancy, which has made the number of cases fall dramatically. According to the charity, the rate in the UK & Republic of Ireland for early onset GBS infection is over 2.5 times the US rate, and almost 1.5 times the worldwide rate.

The condition, which kills one baby a week in the UK, causes a range of serious infections including pneumonia, meningitis and sepsis, and could leave babies with long-term disabilities, like cerebral palsy or hearing or vision loss.

Jane Plumb MBE, Chief Executive and founder of Group B Strep Support, said: ‘The current UK policy on group B Strep is not working. At present, pregnant woman are assessed for risk factors for group B Strep developing in the baby. However we are missing lots of babies whose mums don’t have risk factors but do carry the bacteria. This means we’re putting newborns at a terrible risk of dying or suffering from a devastating long-term health condition. This situation cannot continue.’

Louise hopes that policy changes so that other families don’t have to go through what she did: ‘We feel incredibly lucky that Charlotte has made a full recovery and is doing well now and we would like to thank the Bassetlaw and Doncaster hospitals for their excellent care to Charlotte.

‘However, this could have been a very different story and I urge all pregnant women to get themselves tested for group B Strep, even privately if they have to.’