Emmerdale actress Michelle Hardwick has revealed that she proposed to her girlfriend Kate Brooks just months after publicly confirming their relationship.

Best-known for her role as Vanessa Woodfield on the popular ITV soap Emmerdale, Michelle Hardwick has revealed that she proposed to her girlfriend Kate Brooks and she said yes!

The couple went public with their relationship in September on National Coming Out Day as Michelle shared a selfie of the couple with rainbow emojis and the caption: ‘It will all work out in the end.’

Michelle and Kate’s engagement comes just as Michelle’s on-screen character has come out as a lesbian and has struck up a new romantic fling with Charity Dingle. 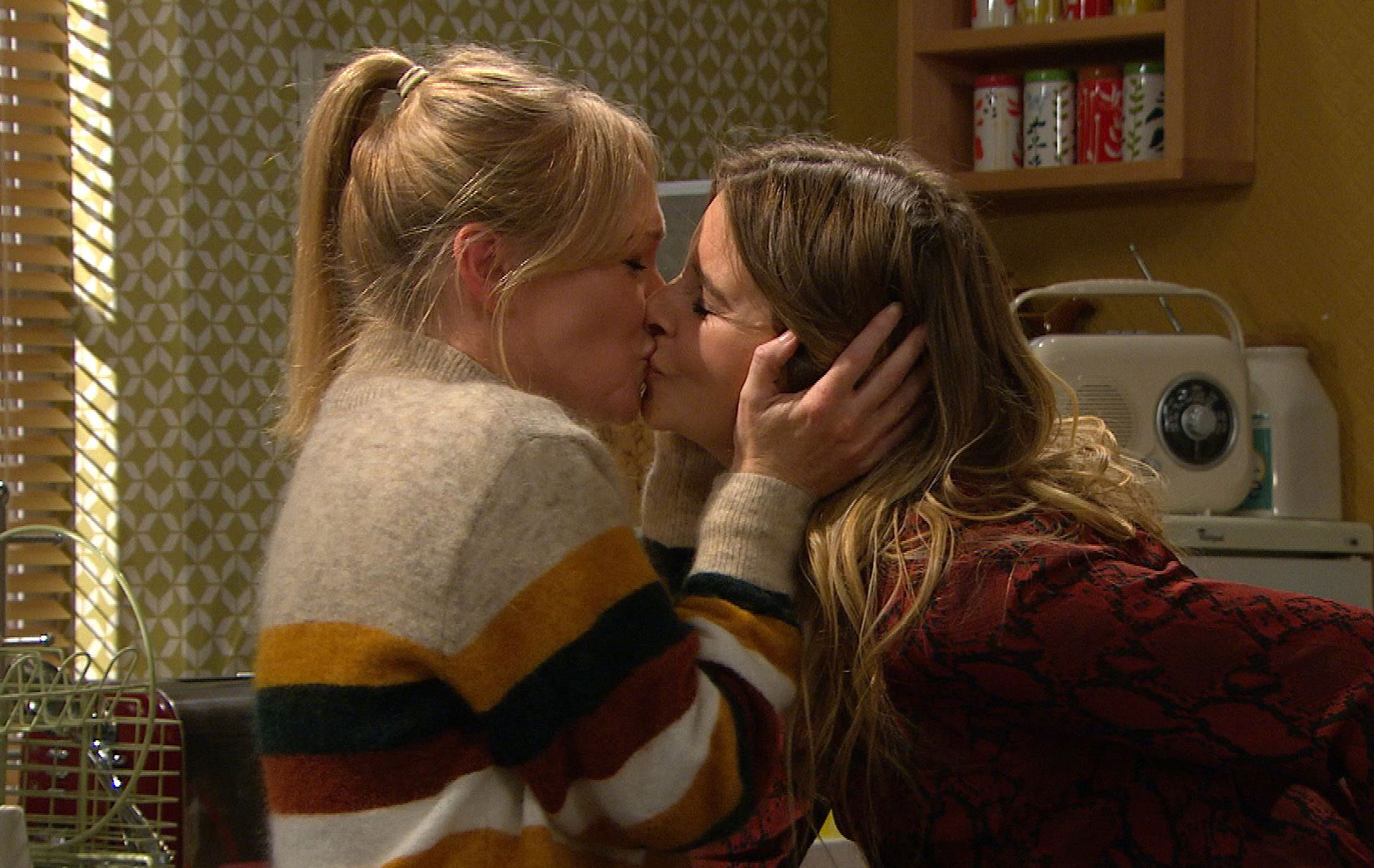 Kate is also involved in the soap world as she works as a producer on Emmerdale.

To announce the happy news of her engagement, Michelle posted a sweet message on Instagram that read: ‘So after months of planning, I popped the question!!! She said yes!!! 💍👰🏼👰🏻 #loveislove #noordinaryproposal’.

The post has quickly amassed lots of likes and well-wishes from Michelle’s fans and friends.

One person wrote: ‘Fantastic news so pleased for you both 👰 happy wedding planning xx’ and another said: ‘Congratulations, such a beautiful picture x’.

A third added: ‘Congratulations you two @missmichellehardwick its the most amazing day of your life she is a lucky lady 💖👰🏻 👰🏼 💖’.

Michelle and Kate went public with their relationship in September

Michelle and Kate do not have any children at the moment but Michelle was previously married to music teacher Rosie Nicholl.

Rosie and Michelle split in February 2017, just a few months after they said I Do.

At the time, Michelle explained to the Daily Star: ‘Unfortunately Rosie and I did split last year but are still good friends. It was one of those things where we did drift apart. We had a big fairytale wedding and I still love that day, it was brilliant.

‘It’s just really sad and one of those things that happens. We still have our dogs which we’ll share and nobody else was involved, it just happened and it was a mutual decision… I grew out of love and she became more of my best friend.’