The Captain Marvel actor reportedly tied the knot with his long-term girlfriend in an intimate registry office ceremony in London earlier this week.

According to The Sun, the Fantastic Beasts star and his new bride kept the ceremony quite low-key without any A-list faces and instead celebrated with close family and friends.

The 46-year-old was spotted outside the town hall in Old Marylebone, dressed in a navy velvet suit with a matching hat and glasses and bright blue shoes.

His stunning new wife was pictured alongside him wearing a silky, ruffled thigh-length dress and nude court shoes, holding a small bunch of flowers. 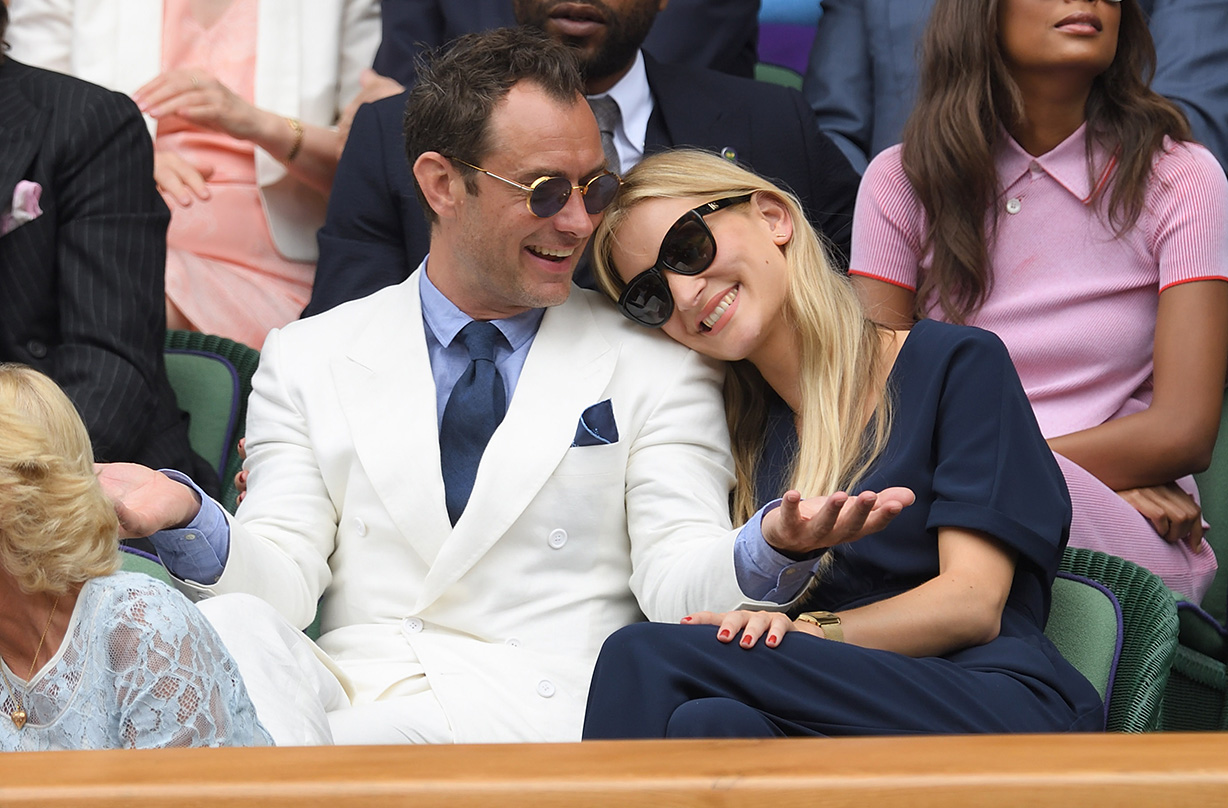 The couple are reported to have been seen arriving at the hall in a chauffeur-driven Range Rover just before midday, before emerging an hour later both sporting wedding rings.

This is the second time that the Holiday actor has tied the knot, after marrying actress Sadie Frost back in 1997.

During their marriage the pair welcomed three children together, 22-year-old son Rafferty, 18-year-old daughter Iris and 16-year-old son Rudy, before filing for divorce in 2006.

He is also dad to nine-year-old Sophia Law, who he fathered after a brief relationship with American model Samantha Burke, and four-year-old Ada Law who he welcomed with ex-girlfriend Catherine Harding.

The Sherlock Holmes actor was also famously engaged to actress Sienna Miller back in 2010, before the pair later parted ways.

The Talented Mr. Ripley star is said to have been in a relationship with new wife business psychologist Phillipa since they started dating back in 2016.

Congratulations to the happy couple on their exciting news!