Zoe Kravitz has married her partner Karl Glusman in a secret ceremony.

The Big Little Lies star reportedly tied the knot with her actor fiancé in a low-key ceremony a month before their planned wedding.

According to American publication USWeekly, the showbiz pair, who have been engaged for over a year, have planned to have a traditional wedding ceremony in France next month.

However, sources close to the couple said that they have gone ahead with a secret legal ceremony in advance of their big nuptials in June, meaning that they are now officially legally married.

30-year-old Zoe, who is the daughter of legendary musician Lenny Kravitz, and her 31-year-old partner have been notoriously private about their relationship.

The couple even waited eight months to announce their engagement to the world!

Back in October, Zoe casually dropped the news in an interview with Rolling Stones magazine, revealing that Karl had popped the question when they were relaxing at home in February. 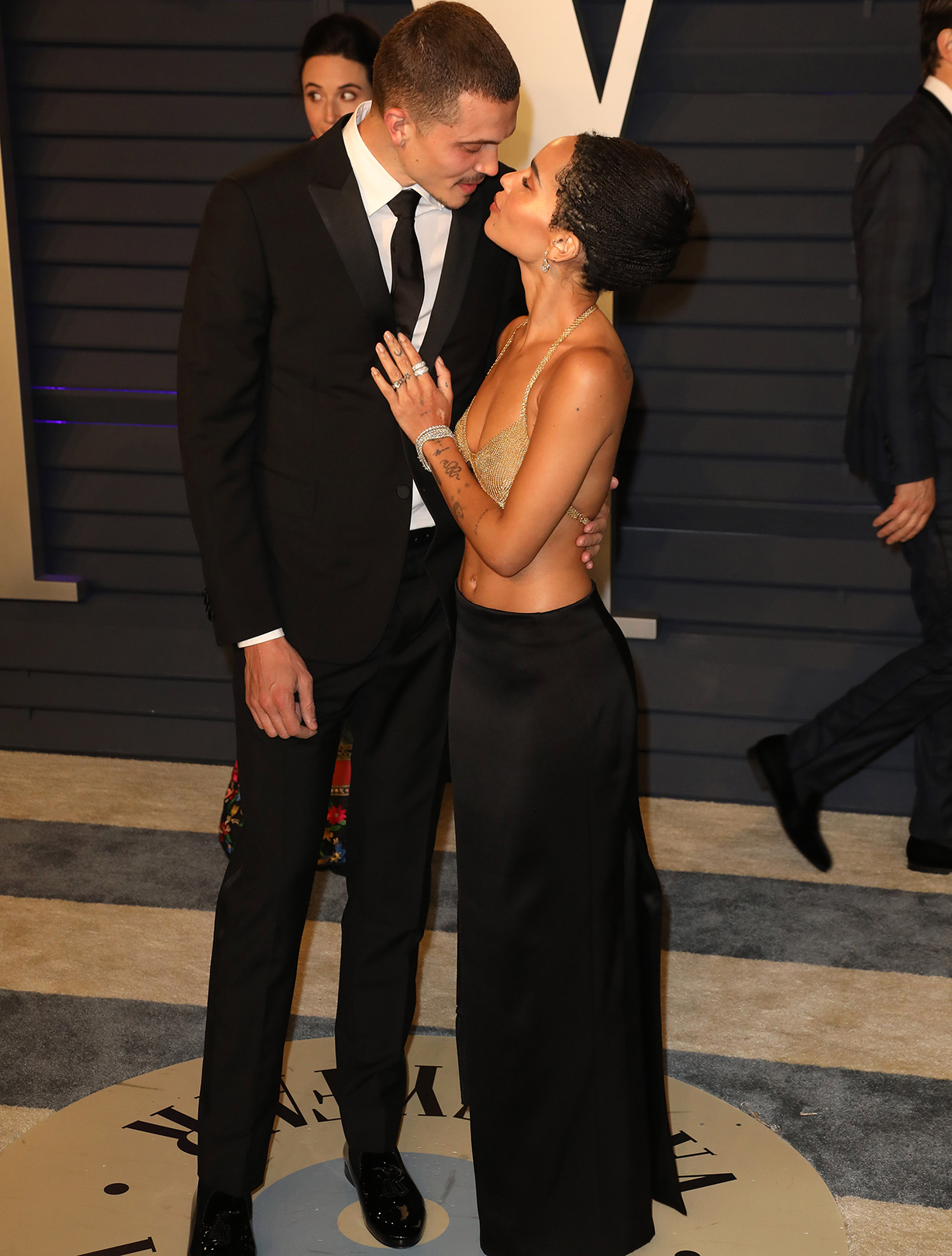 ‘Oh yeah, I’m engaged,’ she revealed in her interview. ‘I haven’t told anyone yet,’ she continued, ‘I mean, I haven’t told the world. I wanted to keep it private.’

Zoe revealed that her then hubby-to-be had planned to get down on one knee during a romantic trip to Paris, but work got in the way so he settled for an at-home proposal.

‘He nailed it,’ she gushed. ‘And I love that it wasn’t this elaborate plan in Paris. It was at home, in sweatpants.’

‘I was in sweatpants. I think I was a little drunk,’ she continued. ‘I could feel his heart beating so fast – I was like, “Baby, are you OK?” I was actually worried about him!’

She said that Karl then bent down and Zoe thought it was to calm his heart rate but then she noticed him pull out the ring box.

‘I can be my weirdest self around him,’ Zoe said of her partner. ‘It’s so relaxing to be around someone where you can be a 100 per cent how you feel.’

Congratulations to the pair on their exciting news!