Marks&Spencer has launched the very first vegan-friendly coleslaw and fans have gone crazy over it.

The high-street retailer, known for their high-quality food and indulgent meals, has launched a new vegan range that is perfect for anyone taking part in this year’s Veganuary challenge.

And there’s one product in particular that has stood out to customers across the country – the store’s vegan-friendly coleslaw.

Foods you didn’t know where vegan

Their Plant Kitchen Vegan Coleslaw, which is the UK’s first ever dairy-free supermarket coleslaw, uses soy milk to make the creamy mayonnaise that is mixed with crunchy salad to make up the classic side dish. 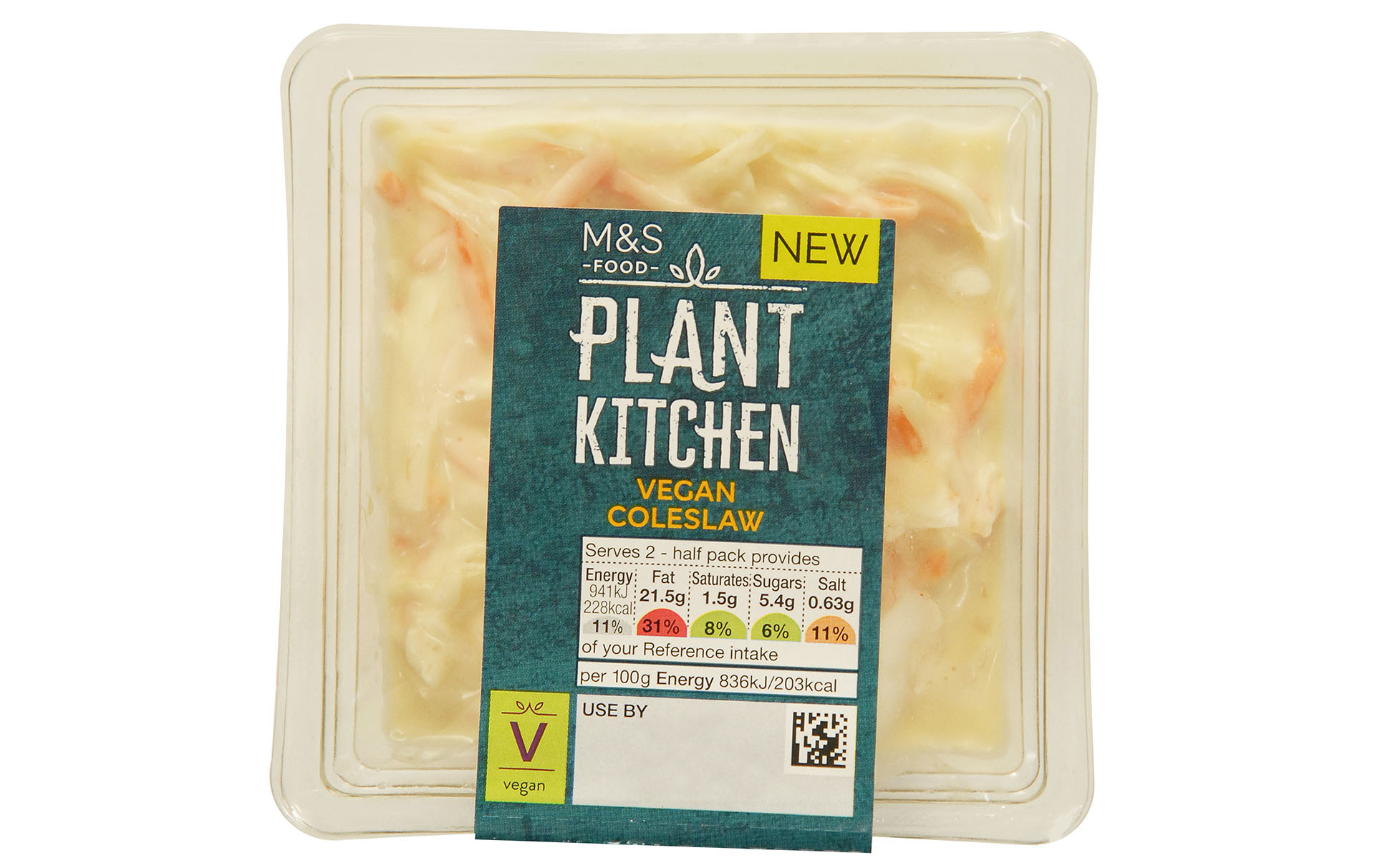 Unsurprisingly, the new dish has sent fans into a tizzy, with many of them taking to social media to express their excitement at the product.

‘I could cry with happiness,’ wrote one Twitter user. ‘We have been blessed by the most godly thing. That is m&s vegan coleslaw. Bless our souls’

‘@marksandspencer Just tried your vegan cashew Mac and the vegan coleslaw and they tasted so amazing,’ wrote another user. ‘I just had to tweet you! I really hope you have plans to expand your plant based range in the future because everything I’ve tried so far has tasted so good!! #vegan’

‘For vegans, this is the holy grail,’ said Plant Kitchen Product Developer Katie Squire, who was responsible for the creating the coleslaw. ‘When testing the final recipe, the main reaction was ‘I can’t believe this is vegan-friendly’ – so we knew we had cracked it!

‘It makes the perfect accompaniment to our new No Beef Burgers and Sausages. We’ve also introduced a Potato Salad which is absolutely delicious’.