A furious dad has hit out at Internet trolls who mocked his daughter online.

Football fan Neil Markham took to Twitter to share a sweet video of his 16-year-old daughter Ella, who has Down’s Syndrome, showing off her dancing moves after the pair attended a football game.

Despite the fact that the father and daughter’s team Spurs (Tottenham Hotspur) lost 0-1 to West Ham at Saturday’s game, the teenager was still in good spirits in the heartwarming clip, which Neil captioned: ‘The result is never the most important thing’.

However, the dad-of-two was immediately bombarded with abuse from trolls who criticised both him and his teenage daughter and mocked the young girl for dancing.

While most of the hateful tweets went on to be deleted, Neil shared a post that showed some of the vile abuse that he received from other social media users.

Appearing on today’s episode of This Morning with Ella, Neil hit back at the ‘spineless’ trolls, saying that he ‘just felt straight away that someone needed to protect Ella.’

He added: ‘If I don’t do that how can I expect anyone else to do that for me.’

‘It’s a natural reaction to protect your family,’ he said, ‘especially Ella who is more vulnerable to others.’

Explaining to show hosts Phillip Schofield and Holly Willoughby that the messages were so bad that he couldn’t show them all to his wife, Neil said: ‘When everyone went to bed I had a few hours with myself, and thought how to deal with it. The only thing I could do is confront them.’

He explained that he tweeted out his phone number, writing: ‘This girl could wish you nothing but happiness. Why do you need to be like this? Contact me directly rather than hiding.’

He has since received phone calls from one caller who continued to abuse him over the phone.

‘They are spineless,’ he said, ‘however they are one of two things, they’re completely ignorant and they know what they’re doing, but maybe they think that their mates will think it’s funny.’ 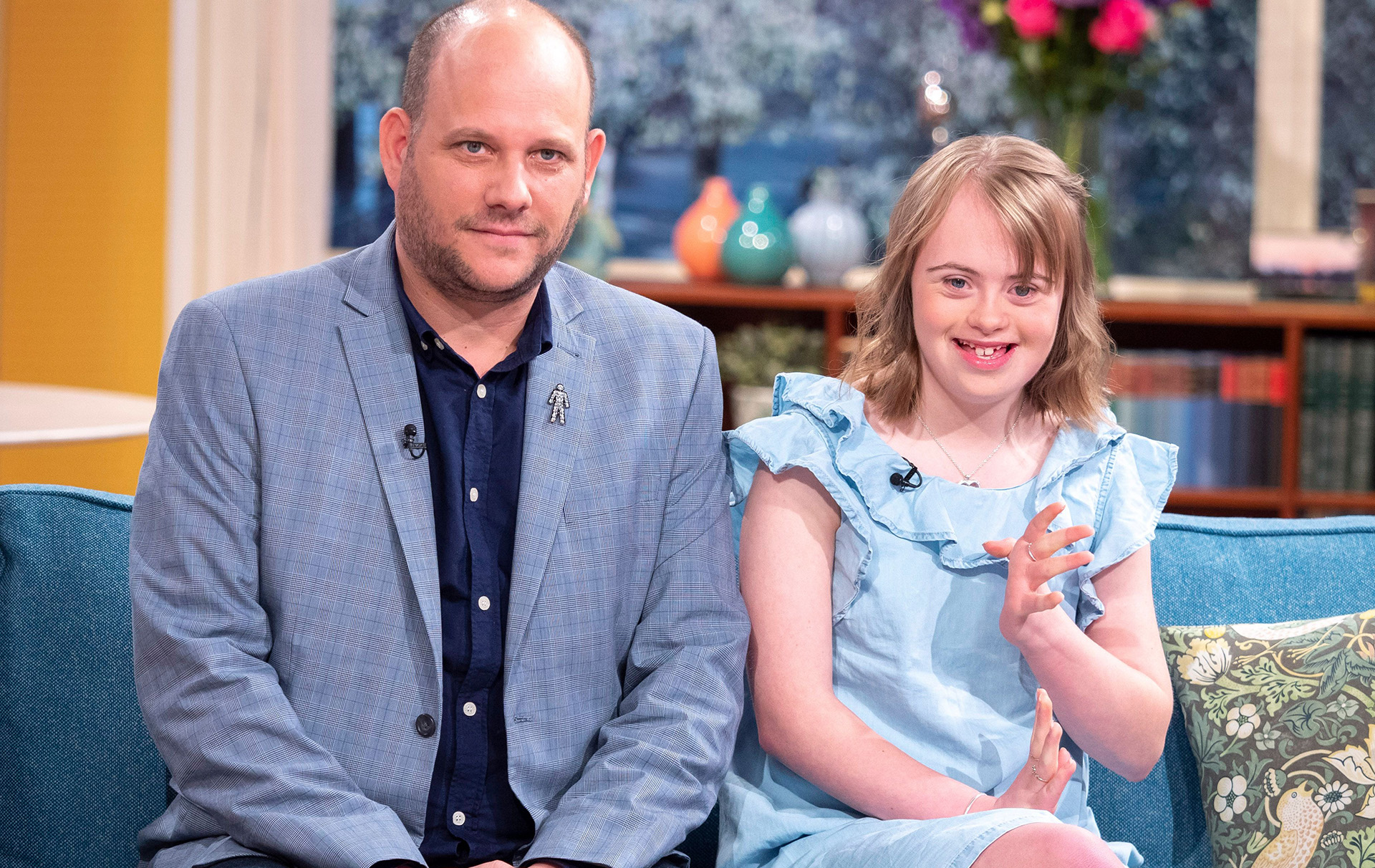 Neil and Ella were flooded with support from fellow social media users, including members of the football club.

Former Spurs midfielder Micky Hazard tweeted the pair, writing: ‘Hey Neil your daughter is a beautiful young Lady and that is such a beautiful photo of you both.

‘Sometimes people are cruel because they don’t see the beauty but the vast majority do. I have a Finale programme signed By the Legends for her, meet me at a game so I can give to her X’

‘Fantastic little girl,’ added retired Spurs player Graham Roberts, ‘and a very good friend the family are any abuse should be reported and lets get these scumbags off Twitter and kicked out of football’.

Neil spoke to Phil and Holly about how his football team could combat what happened, saying: ‘It’s very difficult because how you fight it from a football sense they can be banned from every ground they’re no better than people who show racist abuse.

‘The football team have been fantastic. It’s quite astonishing really.’