Holly Willoughby has divided fans with her ‘iffy’ tan.

The This Morning presenter, who just returned to the show after taking time off over the Easter break, spent her Easter holidays away on a beach holiday to the Maldives with her family.

And it looks like the sunny trip left the mum-of-three with a rather questionable look – specifically when it comes to her skin. 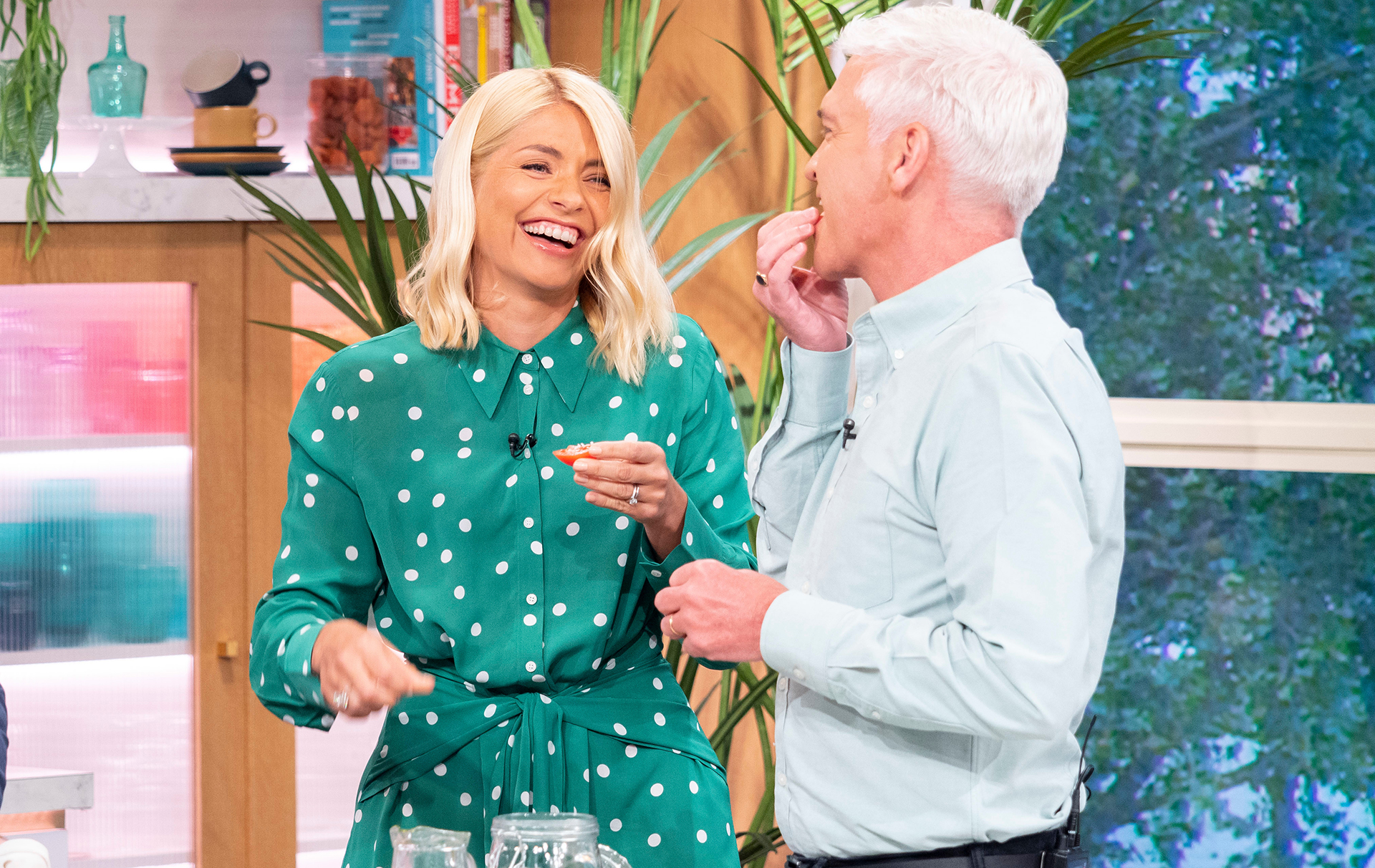 The blonde beauty returned to the This Morning sofa sporting a sun kissed glow from her Maldives trip, but viewers were quick to point out that the tan has left her looking rather ‘orange’.

Taking to Twitter to criticise the long-time TV host, viewers shared a series of tweets that made fun of the 38-year-old.

‘That fake tan she wearing today on her face looks awful on her,’ wrote one Twitter user, and another added: ‘Willoughbooby’s spray tans looking a bit iffy today #ThisMorning @hollywills @Schofe’

Another added: ‘Alice Beer and holly Willoughby trying to preach about not making unnecessary journeys to help the planet on @thismorning…….mmm nice tans ladies!’

One viewer even compared the Celebrity Juice host to TV legend Richard Madeley after he experienced a fake tan mishap on a recent episode of Good Morning Britain, which he put down to mistaking his after shave balm for his wife or daughter’s tanning lotion.

Another Twitter user compared the presenter’s tan do an old music video of singer Pink, where she is sporting an orange tan.

However, fans were quick to defend the nation’s sweetheart, pointing out that she had just returned from holiday so she is bound to have a tan.

‘Fake tan? She was on holiday in the Maldives for a week!’ wrote one fan.

While others expressed their love of Holly’s look, writing ‘Jealous of @hollywills tan’ and ‘Holly Willoughby’s blonde hair looks even better with a tan, I wanna look like her’.

The TV presenter spent the Easter holidays away on holiday with her husband Dan Baldwin and their three children Harry, nine, Belle, eight and Chester, four.

Let’s hope she can rock that tan all summer long!