Alesha Dixon has revealed that she’s going to welcome another baby with husband Azuka Ononye, but fans were shocked with the reveal…

The singer is a judge on Britain’s Got Talent, and it was during the first live show that her baby news was shared by presenters Ant McPartlin and Declan Donnelly.

The duo started the show with a cabaret-style musical performance, to which they added the line: ‘And Alesha is expecting.’

The camera then panned to Alesha, who later said: ‘It’s a lovely place to celebrate it.’ Her baby bump was also visible in a tight mini black dress.

Fans of the star were clearly shocked by the reveal on live TV, and shared their reaction on social media.

One said: ‘ALESHA DIXON IS PREGNANT.’ 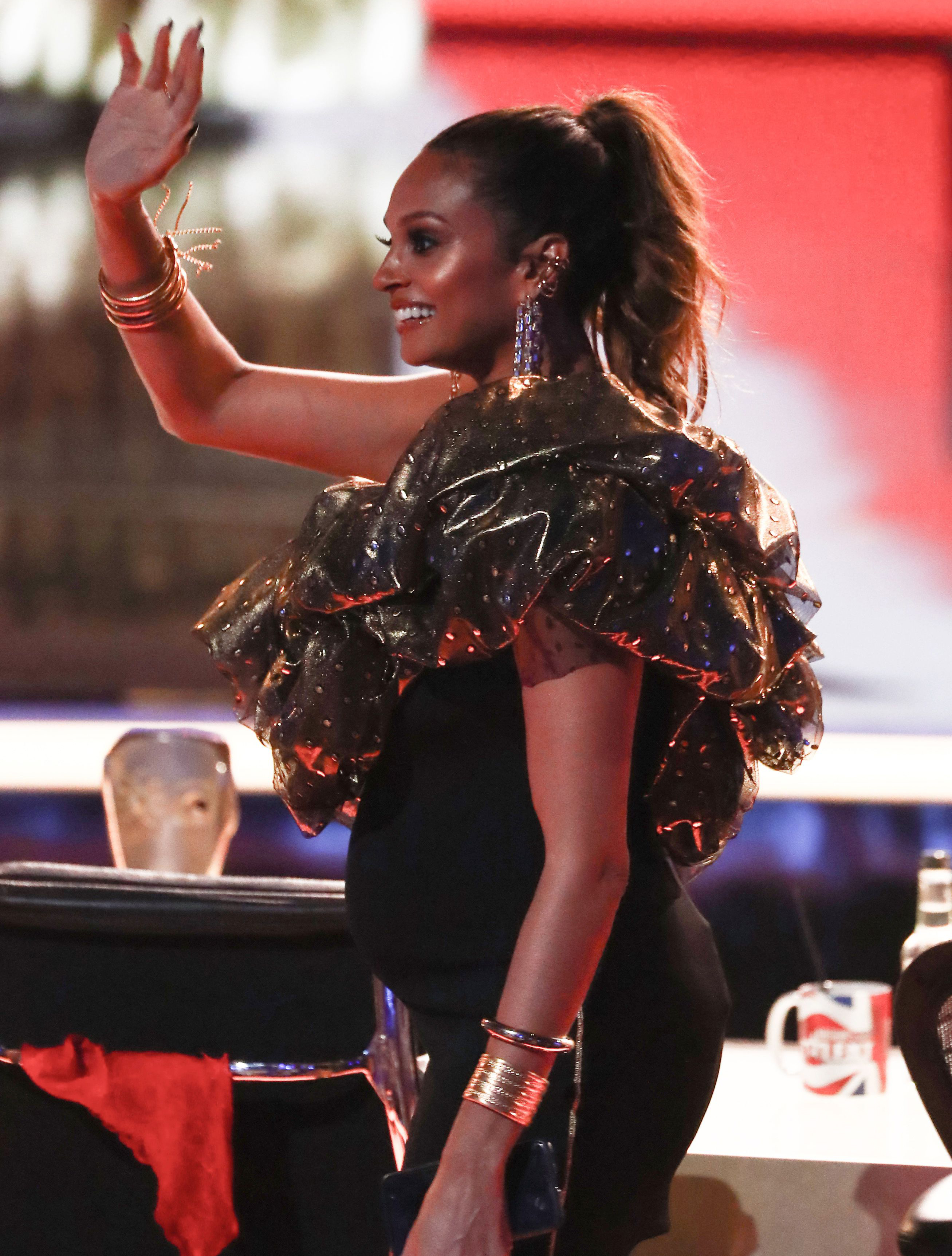 The former Mis-Teeq star has been in a relationship with dancer Azuka Ononye since 2012, and welcomed their first child – now five-year-old Azura Sienna – a year later.

The mum has since confessed she kept her pregnancy a secret from most people until she was six months pregnant.

She said: ‘Well, my partner knew, and my mum.

‘But I didn’t tell anyone else in the family. No one at Britain’s Got Talent knew – although they must have suspected because my dresses had to be altered every week.

‘And my boobs got huge! Everyone must have thought I’d had a boob job. I kept it a secret until I was six months pregnant.’

Speaking to Mail Online, she added: ‘Amanda Holden knew, though. She kept it a secret. She also guessed that I was pregnant. I remember her giving me a present – a little outfit – with a note saying, “If I’m wrong, forget about this”, but she wasn’t. She was right.’

The BGT star has previously confessed that she feared she was too old to have another baby.

She told You magazine last year: ‘I don’t know whether it will happen given my age but I adore the idea of a large family and I hope I will be lucky.

‘The love I feel for Azura is so pure and unconditional. The main thing is to enjoy her in the present and be philosophical about the future, because what will be will be.’