Declan Donnelly has opened up about his sex life with wife Ali Astall now that they are parents.

The TV presenter, who is one half of iconic entertainment duo Ant and Dec, welcomed his first child with wife Ali Astall back in September.

And now the comedian has made a cheeky confession about his sex life with his wife of four years since they became parents back in the autumn.

It seems that the ITV funny-man and his wife have been getting ‘back to a bit of nookie’ since they became parents to seven-month-old Isla. 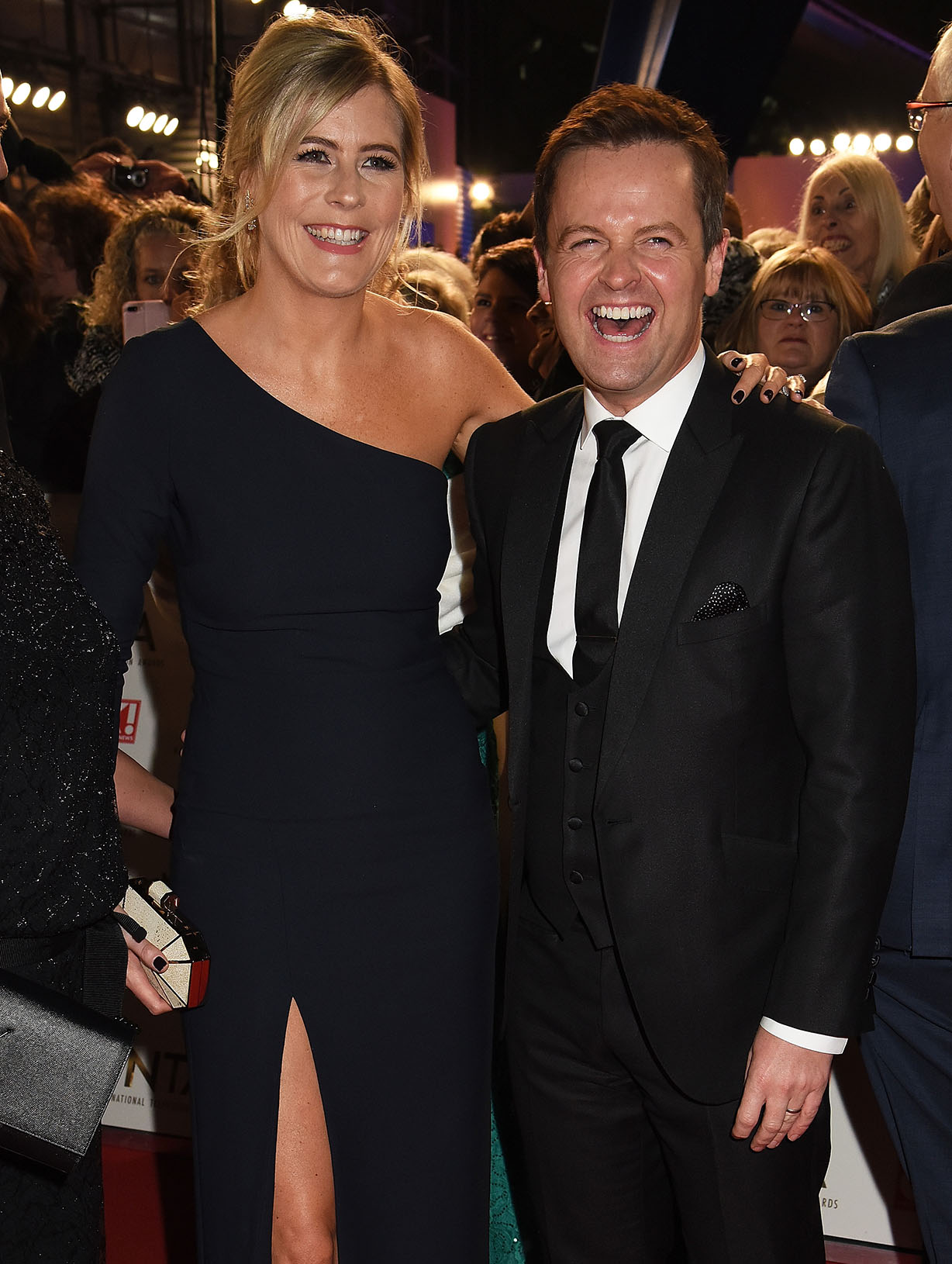 The ITV host’s Britain’s Got Talent co-star Stephen Mulhern told The Sun about the cheeky comment the new dad made when they were having a personal chat.

‘I was asking him questions: ‘Have you changed the nappy yet? How long before you get back to a bit of nookie?’’ said the Britain’s Got More Talent presenter.

‘Do you know what he said to that?’ he continued. ‘‘As soon as possible — you’ve got to get back on the game straight away!’’

Stephen also confessed that Ant was desperate for his best friend to bring the adorable baby into work.

‘But I’ve twisted his arm. The whole world of showbiz was overjoyed — I know how much Isla means to him.’

The proud dad took to social media to announce the arrival of his baby girl baby in September.

Writing on the antanddec Twitter account, Dec shared a photo of his new arrival holding his finger with the caption: ‘Ali and I are thrilled to announce the arrival of our baby girl, Isla Elizabeth Anne, who was born just after 9 o’clock this morning. Mother and daughter both doing well, Dad is head over heels! D x’