Gregg Wallace got choked up on TV over fears of being an old father.

The TV chef appeared on Thursday’s episode of Loose Women and appeared teary when he discussed his newborn son.

Appearing on the daytime talk show, Gregg, who is already father to 25-year-old Tom and 22-year-old Libby from his marriage to ex-wife Denise Wallace, seemed to get teary over worries that he is an ‘old’ dad.

‘I was a single dad,’ he explained to the panel. ‘I brought my children up on my own, they are now 25 and 22 and they were at the hospital when their baby brother was born. Do you know what my son said?

The MasterChef judge admitted that he worried about not being around for his newborn son because he is so much older than him. 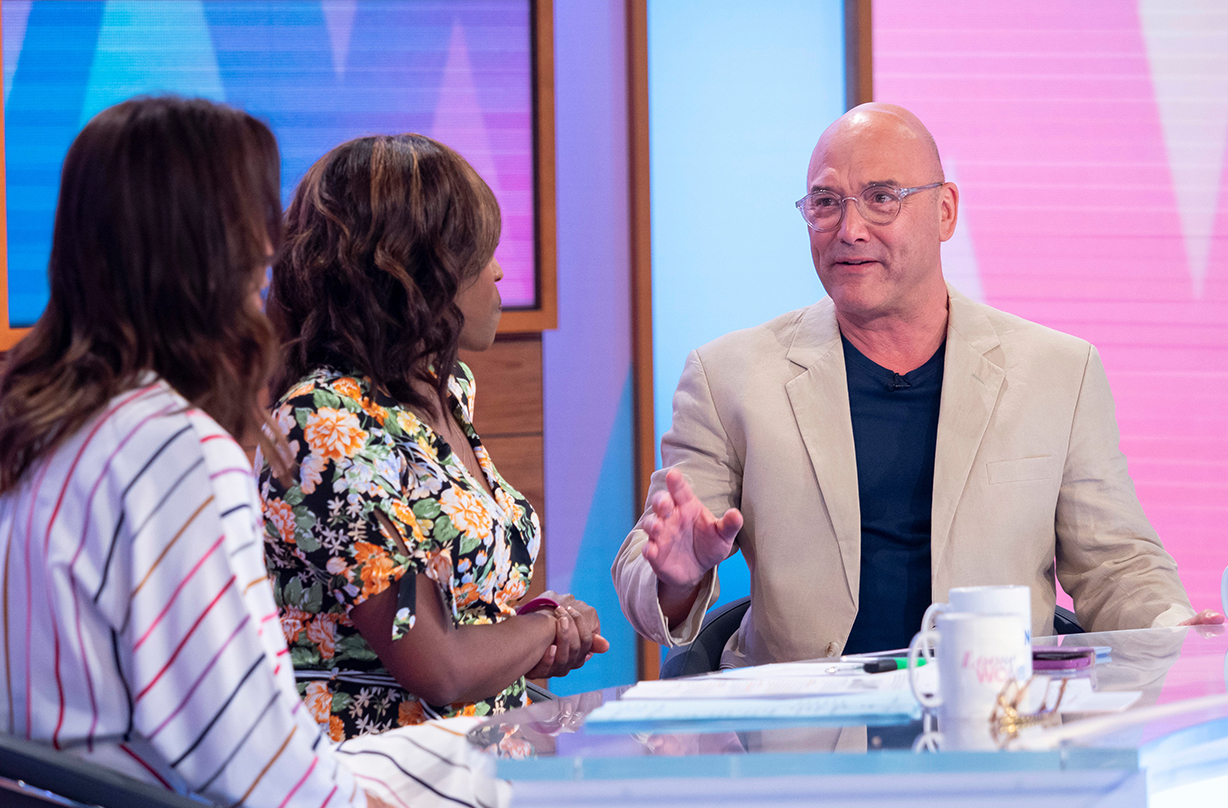 When discussing the couple’s decision to have a child, Gregg said: ‘Well, I did say to Anna I wasn’t sure because by the time you’re my age, normally your children have grown up and you can have time with your wife again.

Gregg and Anne-Marie, who married back in 2016, announced in November that they were expecting their first child together after finally falling pregnant following years of trying.

‘We were due to start IVF but then it happened naturally after two years of trying,’ Gregg told OK! Maagzine. ‘The doctor told us it was a miracle Anna was pregnant.’

‘We’ve agreed to only have one child together – I’m too old,’ he continued.

‘I’ve been happy with the idea of just having one child right from the start,’ added Anne-Marie. ‘The fact we’re having one baby is a miracle – we’re blessed enough.’