Holly Willoughby was welcomed back to her day job this week with quite a shock.

The TV presenter, who took a break from her role on This Morning to host I’m A Celebrity… Get Me Out Of Here and returned to the daily talk show yesterday, was surprised this morning with a shock proposal.

The mum-of-three was left in fits of giggles after she was proposed to by four-year-old Arthur, who was on today’s programme to talk about his appearance in Channel 4 show The Secret Life Of 4 Year Olds.

Arthur continued to keep Holly smiling throughout the show, as he gave her a tickle when he later ran up to the camera and made funny faces into it, blocking the camera from filming the interview going on behind him.

When Arthur first appeared on set, he was asked by Holly’s co-host Phillip Schofield whether he had anything he wanted to give to Holly. 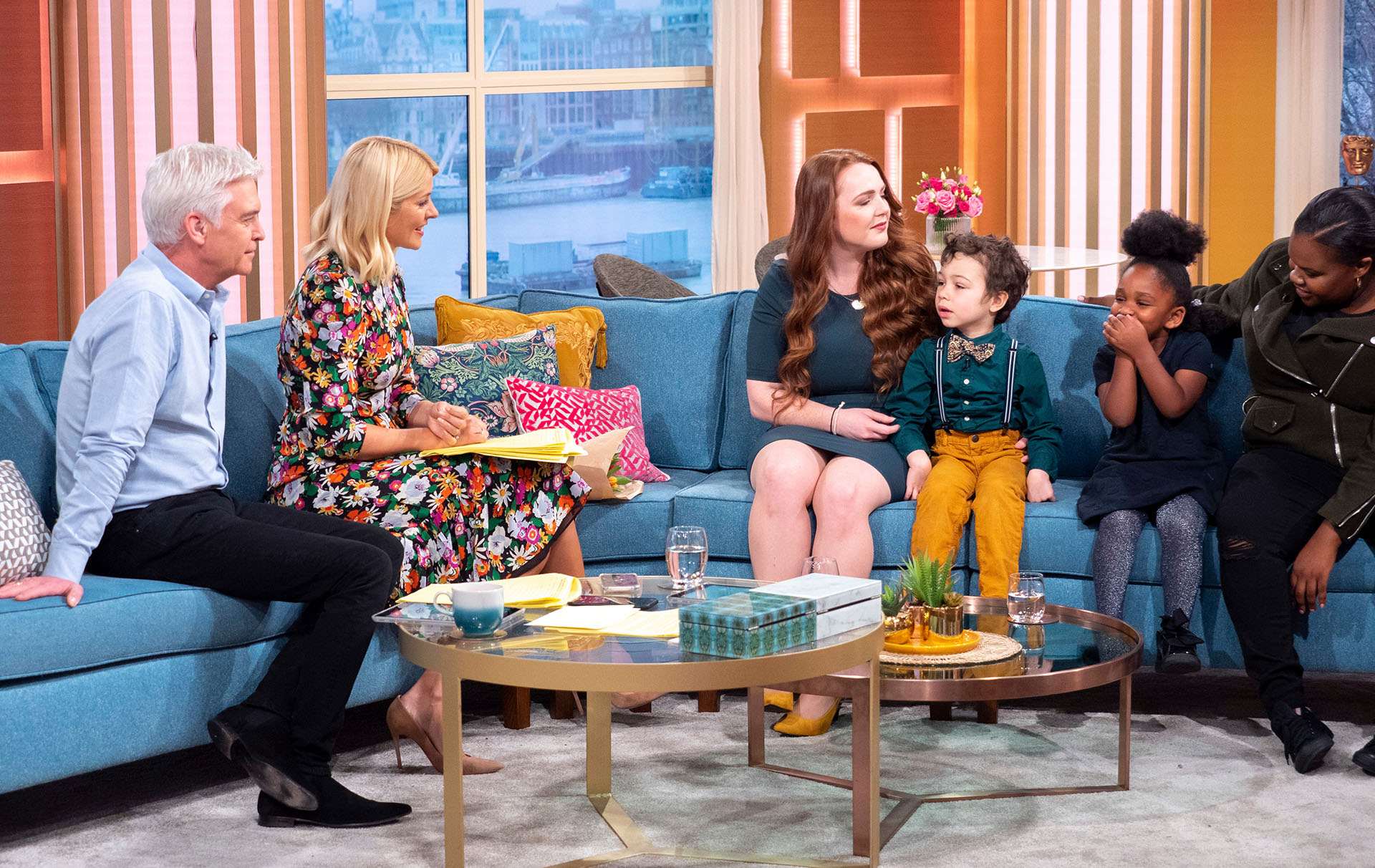 Little Arthur then presented a bunch of flowers and a wrapped present to a beaming Holly, before asking if she would marry him.

Delighted by the adorable proposal, Holly responded ‘yes of course I’ll marry you’, before Arthur leapt in to embrace the surprised presenter and then went on to plant a load of kisses on her lap.

‘Thank you so much, that’s very forward of you,’ laughed Holly.

‘Kissed my hand, I don’t know who he’s been learning this off,’ she added.

Holly’s work-husband Phillip then jumped in, jokingly telling young Arthur to ‘back off’.

Though he didn’t seem too put off by the enthusiastic child, as later on in the show he went on to imitate the excitable four-year-old running up towards the camera and making funny faces into it.

Twitter users fell in love with the energetic boy, with one writing: ‘How cute is little Arthur off #secretlifeof4yearolds asking @hollywills to marry him on #ThisMorning & giving her flowers & chocolates.’

Another said: ‘This little boy is so adorable a real gentleman @thismorning Holly husband needs to watch out.’