Kate Middleton was at an event yesterday, where she revealed the 'important' thing she tells her children Prince George and Princess Charlotte.

The mum-of-three was out for a royal engagement with husband William, at Basildon Sporting Centre, where she met people working with Coach Core.

The apprenticeship programme, which is part of the Royal Foundation, helps young people who are not in education, employment or training to build a career in sports coaching.

The couple even got involved in the activities, with Kate playing one of her favourite sports – tennis.

During the engagement, the Duchess was sweetly hugged by a royal fan, Janet Emery, and as Kate hugged her back, she opened up about how important hugs are and how it’s something she tells her little ones.

She said: ‘Hugs are very important. That’s what I tell my children.’ 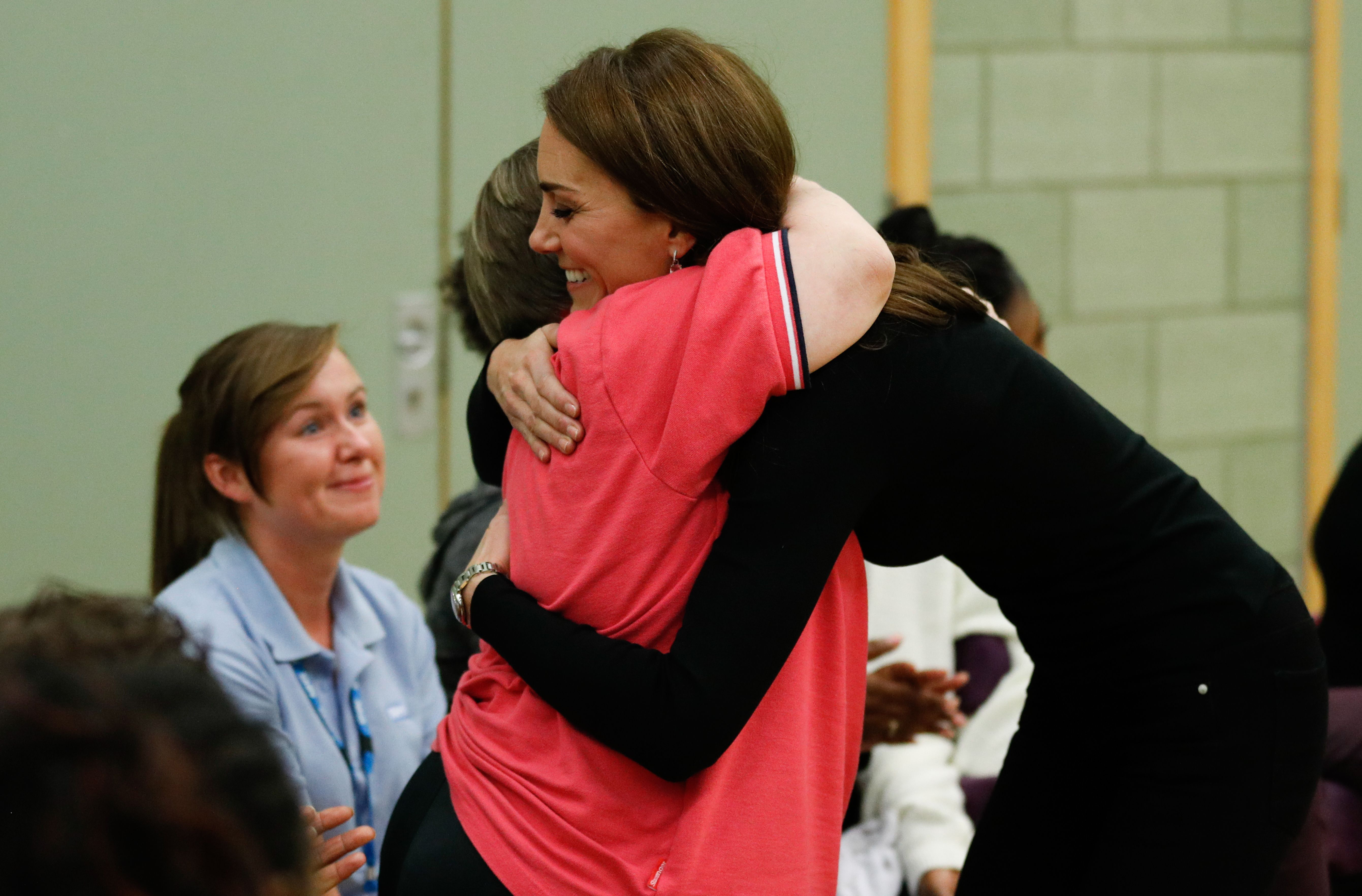 Kate hugged a fan at a royal engagement yesterday(Credit: REX/Shutterstock)

The sweet moment saw Kate following in the footsteps of her sister-in-law. Meghan, who often hugs well-wishers at royal engagements.

While hugs are not exactly out of the question, royal protocol dictates that when meeting the Queen or any member of the royal family, men should bow from the neck only and women should curtsy, or go for simple hand shake if they offer it first.

However, Kate has gone against the rule before when meeting children who went in for a hug.

Kate’s confession is proof once again of her relaxed and affectionate approach to parenting, which is something she’s spoken about in the past.

Back in May, she admitted that spending time with her children, like playing outside, is one of the thing she cherishes most in life.

In an open letter to support Children’s Hospice Week, the mum wrote: ‘Spending quality time together is such an important aspect of family life and for me, as a mother, it is the simple family moments like playing outside together that I cherish.’