Kate and William will be at their third wedding of the year later today but Princess Eugenie’s wedding could have got them in a little bit of trouble.

Unlike Prince Harry and Meghan Markle’s wedding, which was on a Saturday, Princess Eugenie and Jack Brooksbank are tying the knot on a Friday.

Prince George and Princess Charlotte were confirmed as part of Eugenie and Jack’s pageboy and bridesmaid party on Wednesday.

However, it’s unlikely Kate and William or Maud’s parents, Frederick Windsor and Sophie Winkleman, will face a fine as private schools are exempt.

According to Money Saving Expert: ‘If your child is at an English state school (private schools are exempt) and aged 5-16, you’re unlikely to get permission for a term-time holiday.’ 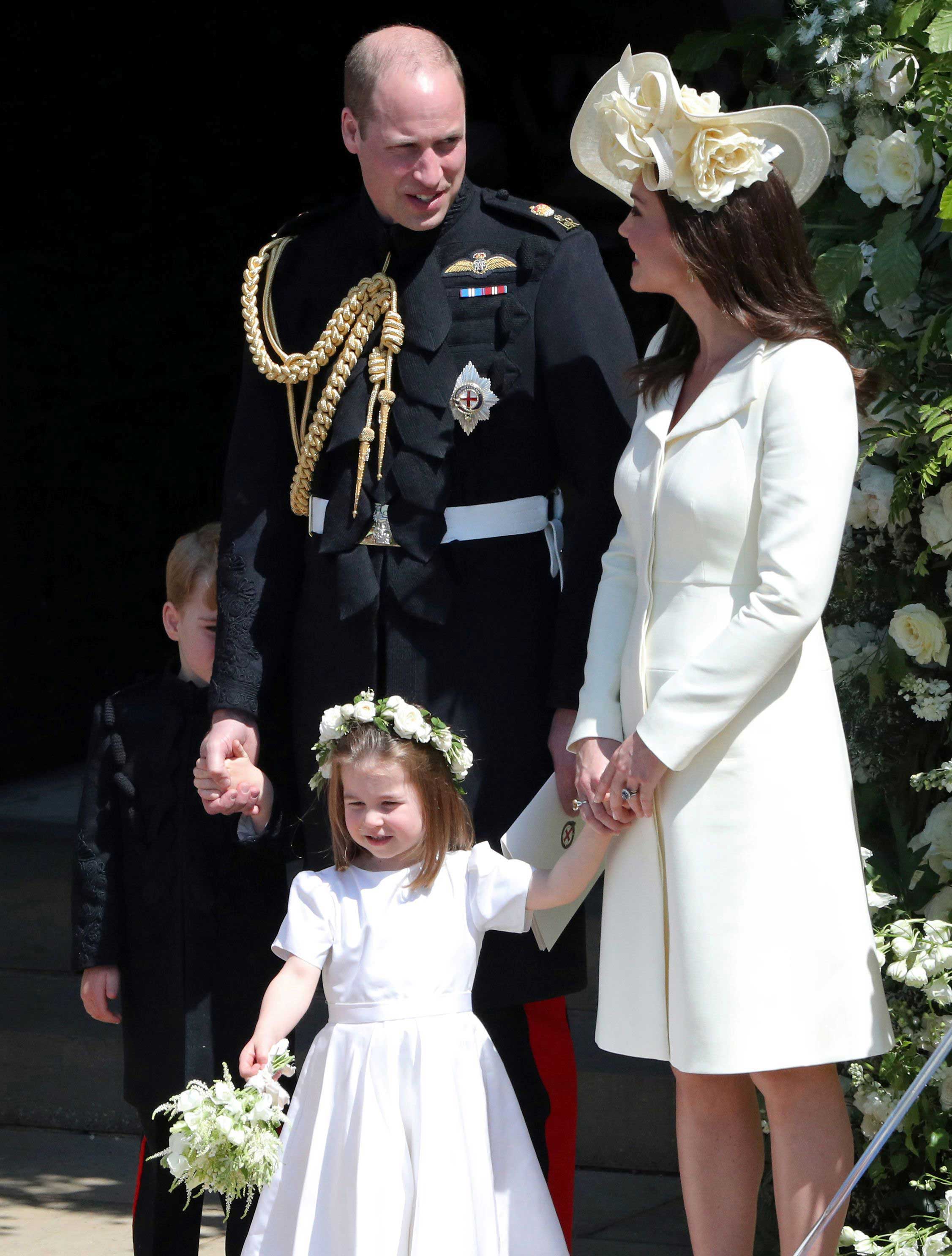 Princess Charlotte is an expert at working the world’s media but will her big brother be as shy as he was on the first royal wedding? (Credit: REX/Shutterstock)

This is Prince George and Princess Charlotte’s fourth time performing their special roles and we can’t wait to see their adorable little outfits.

Poor little Prince Louis, Kate and William’s youngest child who was born in April, is likely to skip Eugenie’s wedding just as he did Prince Harry’s.

Will you be tuning into the second royal wedding of the year? Head over to our Facebook page to let us know about any parties and celebrations you are hosting!