Katie Price has revealed she’s planning to adopt a child.

Speaking on This Morning, the reality TV star shared her plans to welcome another child into her brood of five.

She told Holly and Phil: ‘I’ve always wanted to adopt a child. I don’t care if they have got disabilities or [their] age, just because I feel I can offer a place [to them].

The mum-of-five said she got the idea to adopt while she was chatting to a woman who told her she worked for an orphanage in Nigeria, while at a nail salon.

She added: ‘The thing is, it’s easy to adopt abroad but it’s not easy to bring to them back in the country. So now I’ve met this woman, hopefully something will happen.’ 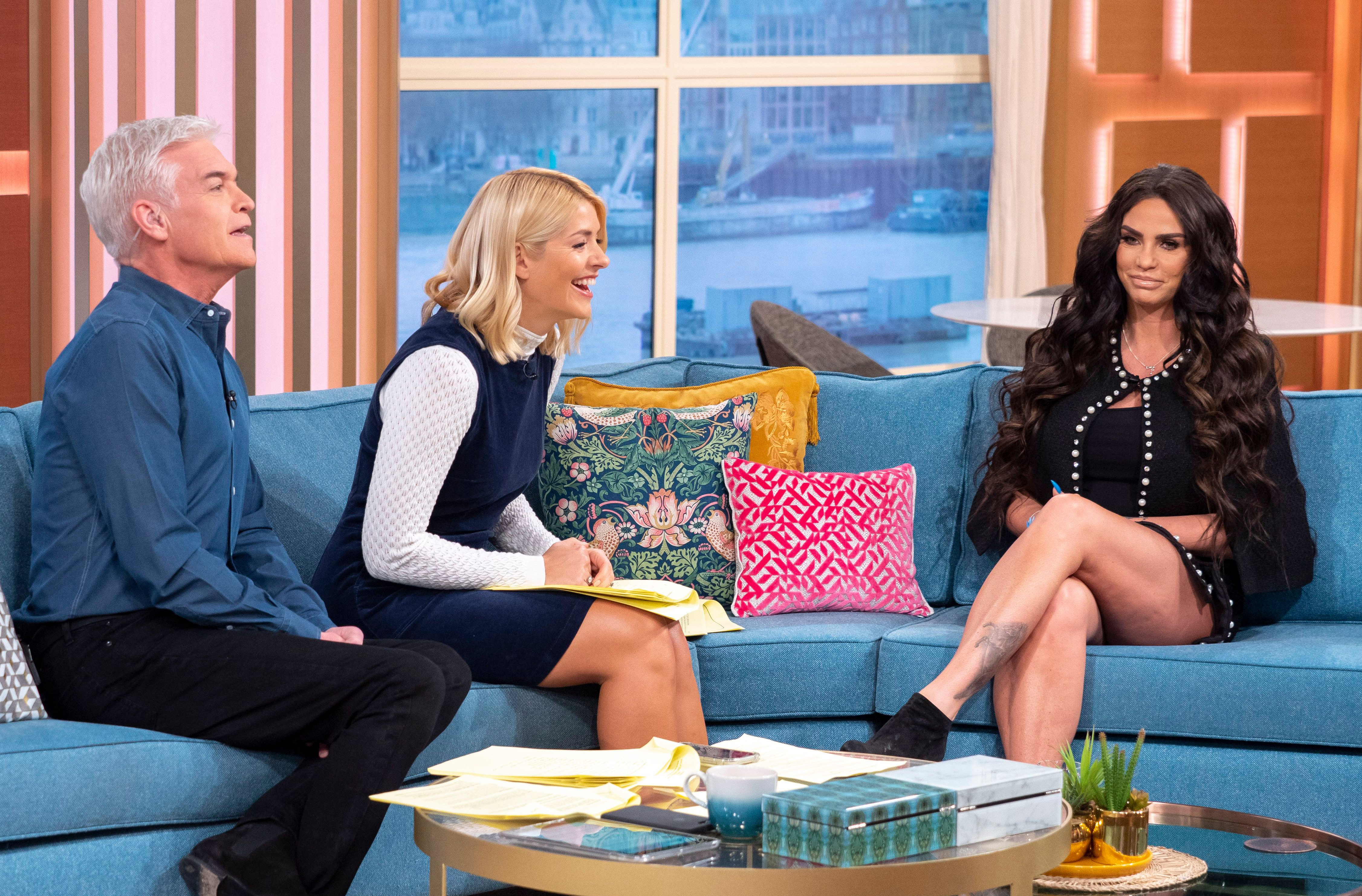 But despite her plans to adopt, Katie admitted that she still wants to have more kids of her own.

‘I still want my own kids, don’t get me wrong. I’d definitely have more’, she said. ‘But if I can offer another child [a home] then I will. There are enough bedrooms in the house.’

She added: ‘I’m looking for a smaller house because it’s far too big for me and Harvey. Eleven bedrooms is too many to fill.’

Reflecting on the difficult year she’s had, Katie said she’s now hopeful for the future: ‘I was held at gunpoint with Junior and Princess in South Africa, my mum being told she was dying, my German Shepherd died on my driveway, my horse died outside my house on the dual carriageway, Harvey had a kidnap threat, then I caught my husband cheating again.

‘So [it was] all in one go and I couldn’t trust anyone, so I self-medicated and it just took me in a different world where I could hide away.