Meghan Markle headed to Bristol last week for a royal engagement alongside husband Prince Harry last week, but she was surprised by one royal fan’s reaction…

The Duke and Duchess – who are currently counting down the weeks until the arrival of their first child – had to brave the very cold weather, but were still met with crowds eager to meet them in Bristol.

While they were scheduled to fly, the pair had to take a train due to the bad weather. Meghan said as they got there: ‘We tried our best to get here fast’, before apologising for having cold hands. 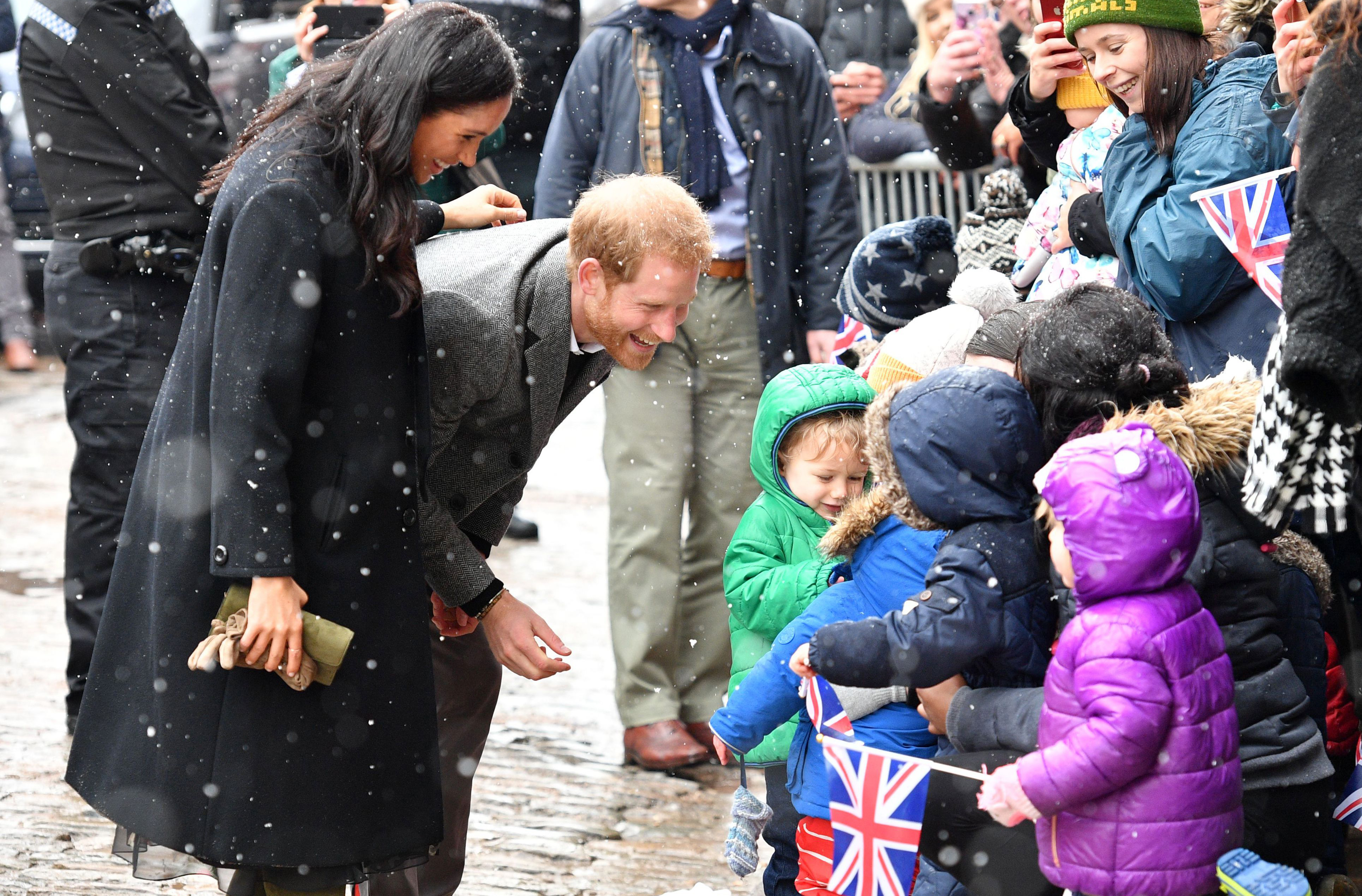 The pair then went off to meet some of the royal fans who were waiting for them in the snow, including a group of school children who were enjoying a snow day.

When she saw the three and four-year-olds from Abbeywood Tots, Meghan said: ‘They are very good at waving flags.’

Prince Harry was also heard joking with the nursery staff about how they were keeping the children ‘all under control’, and then jokingly told them: ‘You know you guys can run anywhere you like?’

Harry also asked the little ones if they were all warm under their coats as some were wearing snowsuits, but turns out they were more interested in their snack of digestive biscuits.

READ MORE: Odds on THIS name for Prince Harry and Meghan Markle’s baby have been slashed

In a funny video shared on Instagram, a little boy is seen turning his back after Meghan nudges him to say hello. He might regret that when he’s older…

Nursery worker India Leachman, 25, said after the meet and greet according to Mirror online: ‘The children beckoned them over, like “we’re excited to see you”, waving their flags and as soon as they came over, they were interested in their biscuits.

‘They looked very interested in all the children and making sure they were warm and thanked them for coming out.’