Meghan Markle introduced her first child to the world yesterday alongside husband Prince Harry, and fans have praised her for the ‘realistic’ appearance.

There had been much anticipation to get the first glimpse of the Sussexes as a family of three, and they did not disappoint royal fans, who immediately started gushing over their adorable little baby.

Archie was introduced to the world two days after he was born, unlike his cousins on his dad’s side – who were all photographed as soon as they left the hospital.

And among many gushing and congratulatory messages, fans praised Meghan for keeping it real with her post baby body and showing what women look like after birthing a child. 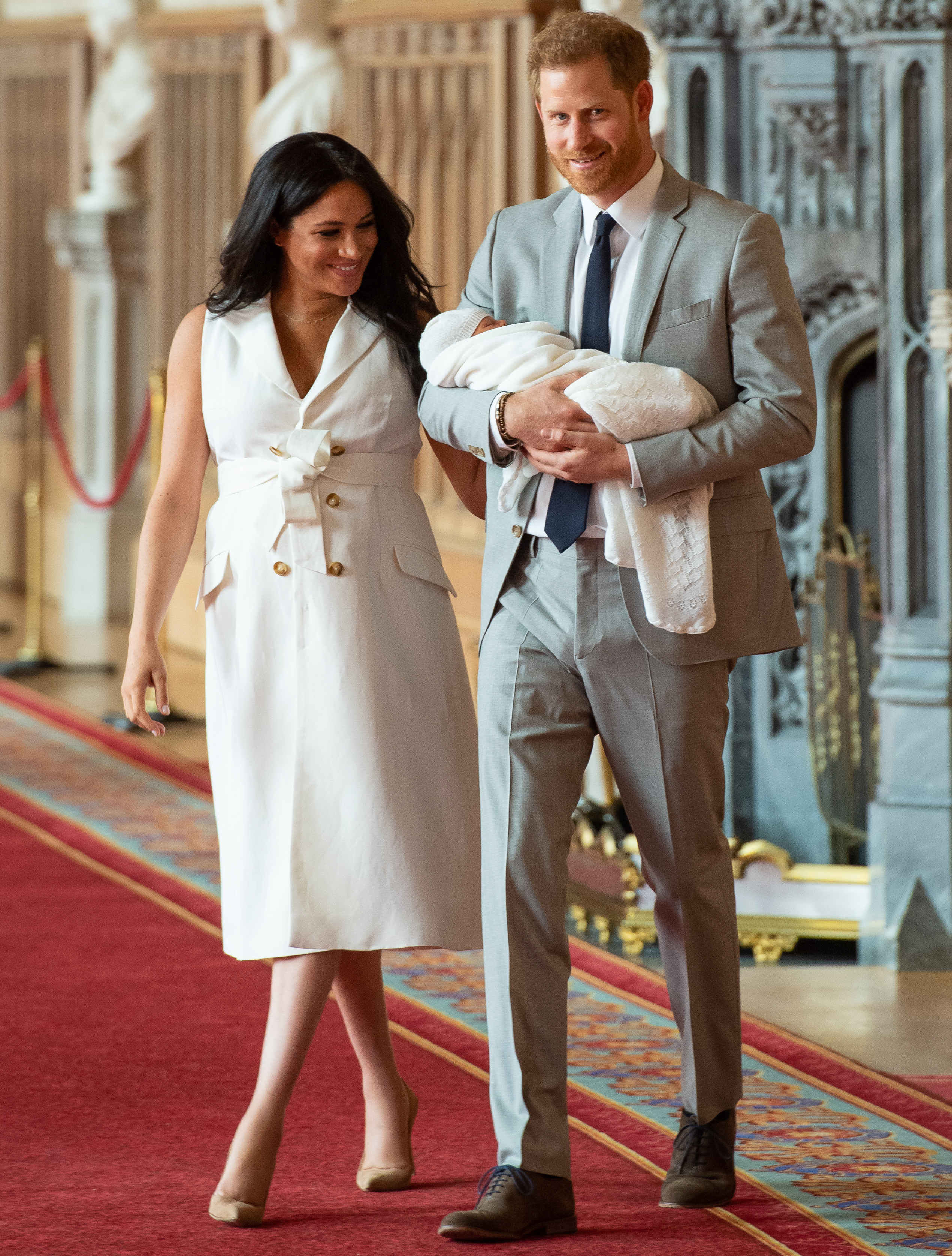 One said: ‘I hope this makes people more aware that it’s normal to still look pregnant after giving birth. She looks gorgeous.’

Another said: ‘Actually showed [her bump] with pride and showed what it really looks like after birth, isn’t hiding away until she gets her figure back.’

A third also praised them for introducing the baby in their own time: ‘I have been super impressed with you as a family. You have set a realistic and thoughtful example for the world by having your baby on your own terms and by sharing him when you were ready. I appreciate you NOT posing for pics 7 hours after giving birth. Keep blazing trails and congratulations on beautiful baby!’

There was also some praise for dad Harry, who was actually the one carrying the baby the entire time they were in front of the cameras.

One said: ‘Finally a dad that comes out with the baby in his arms.’

Another wrote: ‘I love the fact he’s the one holding the baby. I don think I’ve ever seen any other male royals hold their baby 🤔’.

Other royal dads have indeed held their babies during their first photocalls, but the mum tends to be the one who usually comes out holding the bubba – like Kate after her three births and Diana.

What did you think of the family’s first appearance? Head over to our Facebook page and let us know your thoughts!