Miranda Kerr has announced she is pregnant again with husband Evan Spiegel.

The former Victoria’s Secret model took to social media to reveal the news that she is expecting her second child with husband Evan Spiegel, only 10 months after giving birth to the couple’s first son.

The 35-year-old took to her Instagram account to share the exciting news, posting a photo donning a stunning draping silk baby pink gown and cradling her small emerging bump.

She captioned the photo simply with three emojis – the pregnant lady, the sparkling pink heart and cherub with a halo around its head.

The excited mum-to-be also shared the link on her Twitter page.

Fans, friends and acquaintances rushed to congratulate the Australian-born model, posting sweet messages on her post.

Other famous faces also commented on the post, with fellow Victoria Secret’s models Lily Aldridge and Alessandra Ambrosio both posting a series of heart emoji symbols.

Other comments included: ‘Ahhhh congrats beautiful mama!!! Hope you’ve been feeling good! ❤❤’, ‘Great news. Congratulations to you both’ and ‘Congratulations, Miranda! I’m so happy for you! ☺ What a beautiful role model you are & your growing family!’. 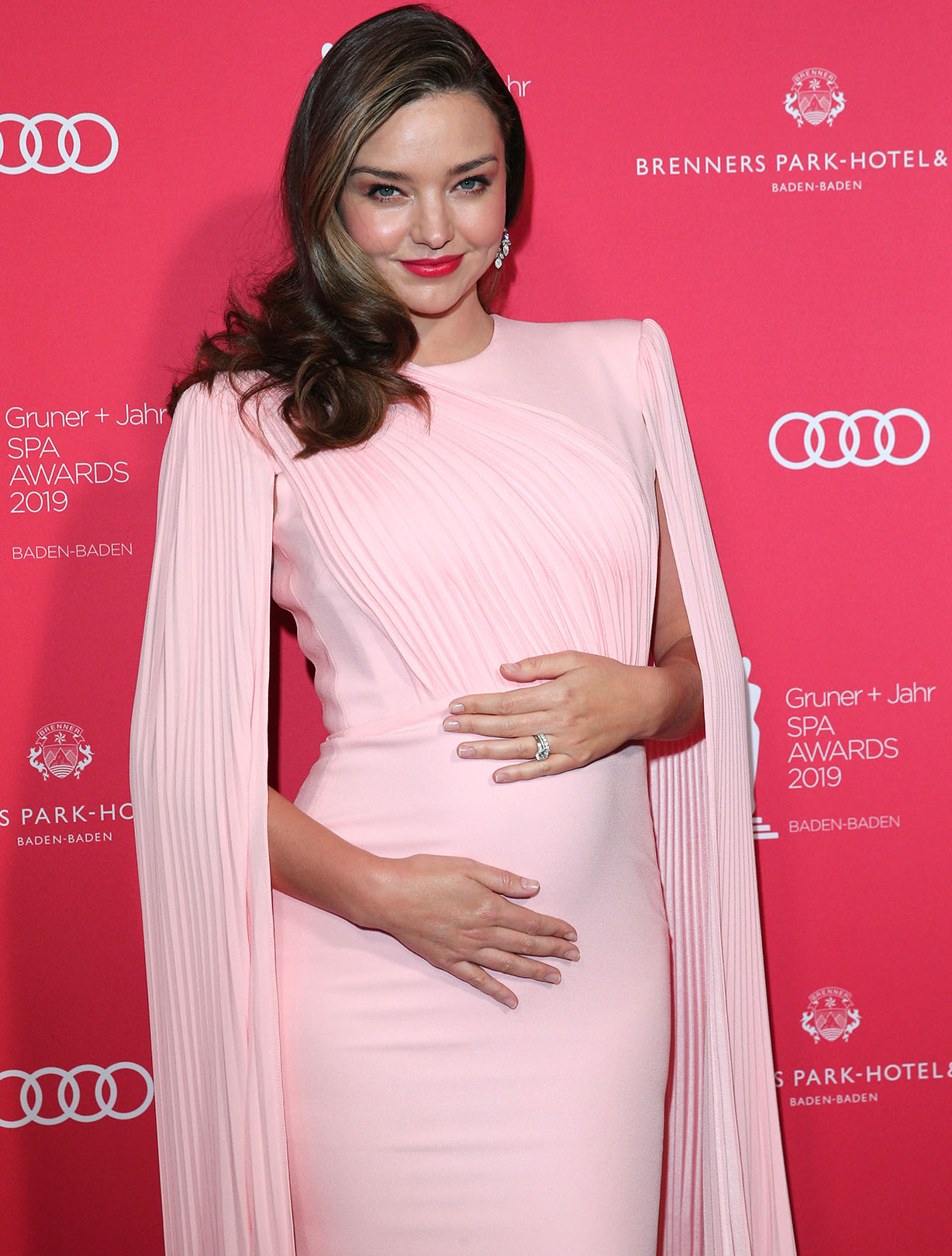 One fan even made a wish for the expectant mother’s future, writing: ‘I hope you have 5 more!!! I’ve seen your mothering and it’s inspirational. You can’t bring enough souls to this planet via your being as far as I’m concerned. The most beautiful woman inside and out I know . ❤️ Evan is the luckiest man in the planet.’

And some were confused at the fact that the mother-of-two was pregnant so soon after welcoming her last child, with one writing: ‘Didn’t you just have a baby! Or was that a while ago? Congratulations!’ and another commenting ‘pregnant again?!’.

Miranda and her Snapchat co-founder husband Evan tied the knot back in 2017 and became parents to 10-month-old son Hart in May last year.

Miranda is also mum to eight-year-old son Flynn who she shares with ex-husband actor Orlando Bloom.

Congratulations to the couple on their exciting news!