Prince Harry and Meghan Markle introduced their first child to the world two days after he was born, and turns out Harry whispered something very sweet into his wife’s ear.

The Duchess of Sussex gave birth to a baby boy, who they’ve named Archie, on Monday 6th May – but it wasn’t until two days later that the whole world got to see a glimpse of their adorable bundle of joy.

His debut was quite different to his cousins’, who were photographed hours after their births outside the hospital.

But while the pair kept Archie’s first close-up a little more private – with only a few members of the press allowed – it’s no wonder Meghan probably felt a bit nervous to be filmed and photographed with her firstborn so soon after giving birth. 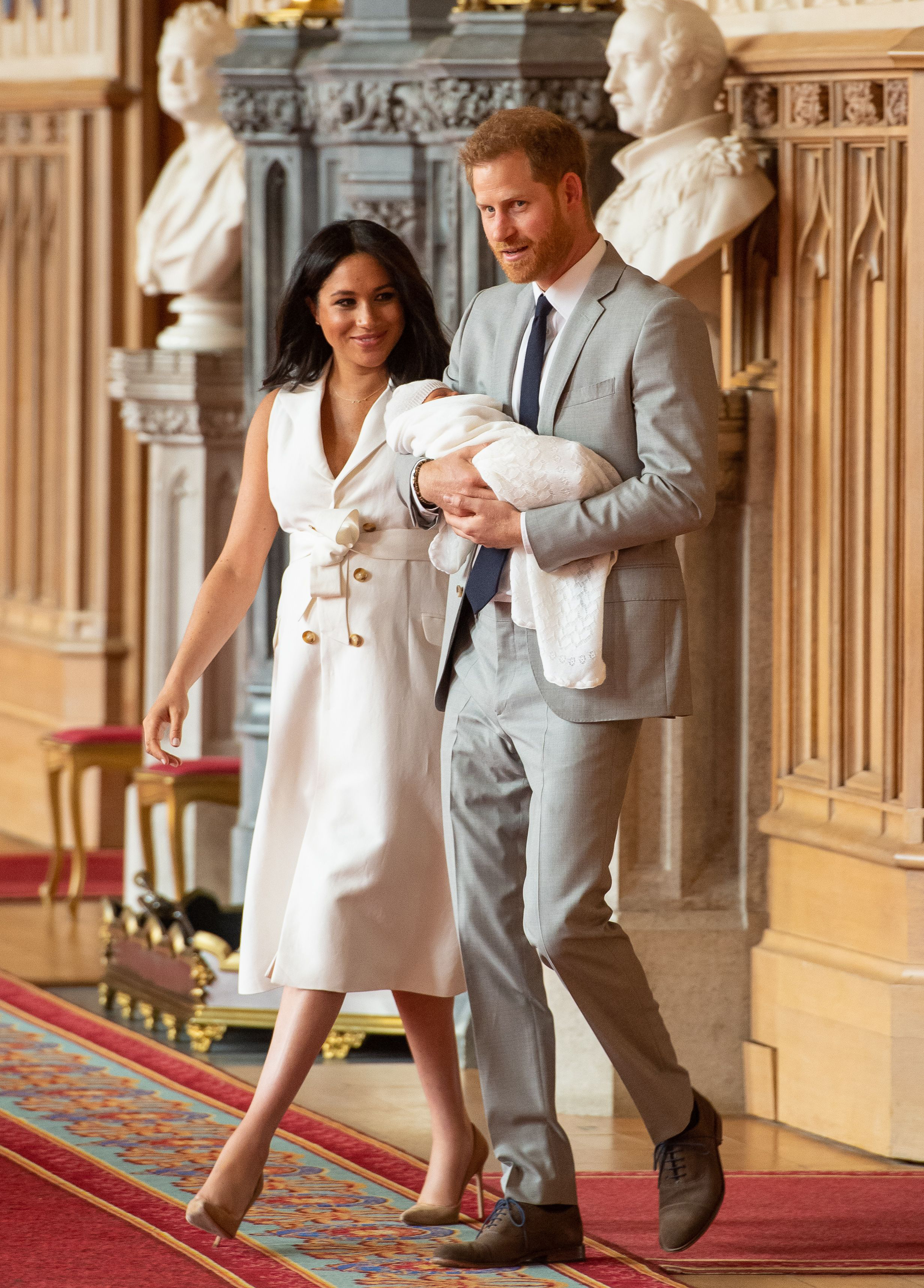 However, doting husband Harry knew how to reassure her as he whispered a sweet message when they were walking out.

READ MORE: The one thing you probably missed during Archie’s first public appearance

The message was decoded by lip reader Tina Lannin, who told Metro what Harry told his wife: ‘Here we go.’

A few moments later, he also said after looking at his peaceful baby boy: ‘He’s so quiet.’ How cute!

During their first appearance as parents, Meghan and Harry also opened up about how parenthood has been so far for them.

‘It’s magic, it’s pretty amazing’, Meghan said. ‘I have the two best guys in the world so I’m really happy.

‘He has the sweetest temperament, he’s really calm. He’s just been the dream so it’s been a special couple of days.’

When asked who the baby takes after, Harry responded: ‘We’re still trying to figure that out.

Everyone says that babies change so much over two weeks. We’re basically monitoring how the changing process happens over this next month really. But his looks are changing every single day, so who knows.’