Prince Louis, Prince George and Princess Charlotte have once again stole the show in new official portraits, but the youngest royal was up to no good...

The two new pictures of Prince Charles with his close family were released to commemorate his 70th birthday, and it’s no wonder royal fans everywhere started gushing about how adorable the three little ones look.

Prince George and Princess Charlotte are happily sat next to Prince Charles and Camilla, showing how close they are to their grandfather and stepgrandmother.

Chris Jackson, the photographer responsible for the lovely snaps, tweeted to say it was a pleasure to photograph the family.

‘I was delighted to have been asked to take these official portraits of The Prince of Wales surrounded by his family to celebrate the important milestone of his 70th Birthday’, he wrote.

He also revealed that they all had fun during the afternoon when the pictures were taken: ‘It was particularly special to capture such an informal and relaxed family portrait over a fun afternoon!’

After the pictures were released, many royal fans were gushing about how cute the Cambridge children look, as the trio stole the show as usual.

But one fan spotted something hilarious about little Prince Louis – proving he could well become the cheekiest of the little royals.

After a fan account shared zoomed in pictures of the little prince, one fan commented to say it looks like he’s up to no good by pulling his grandfather’s hair!

They wrote: ‘The second pic seems like the one when Louis pulled Prince Charles’ hair! That about explains Kate holding his hand in the other photo.’ 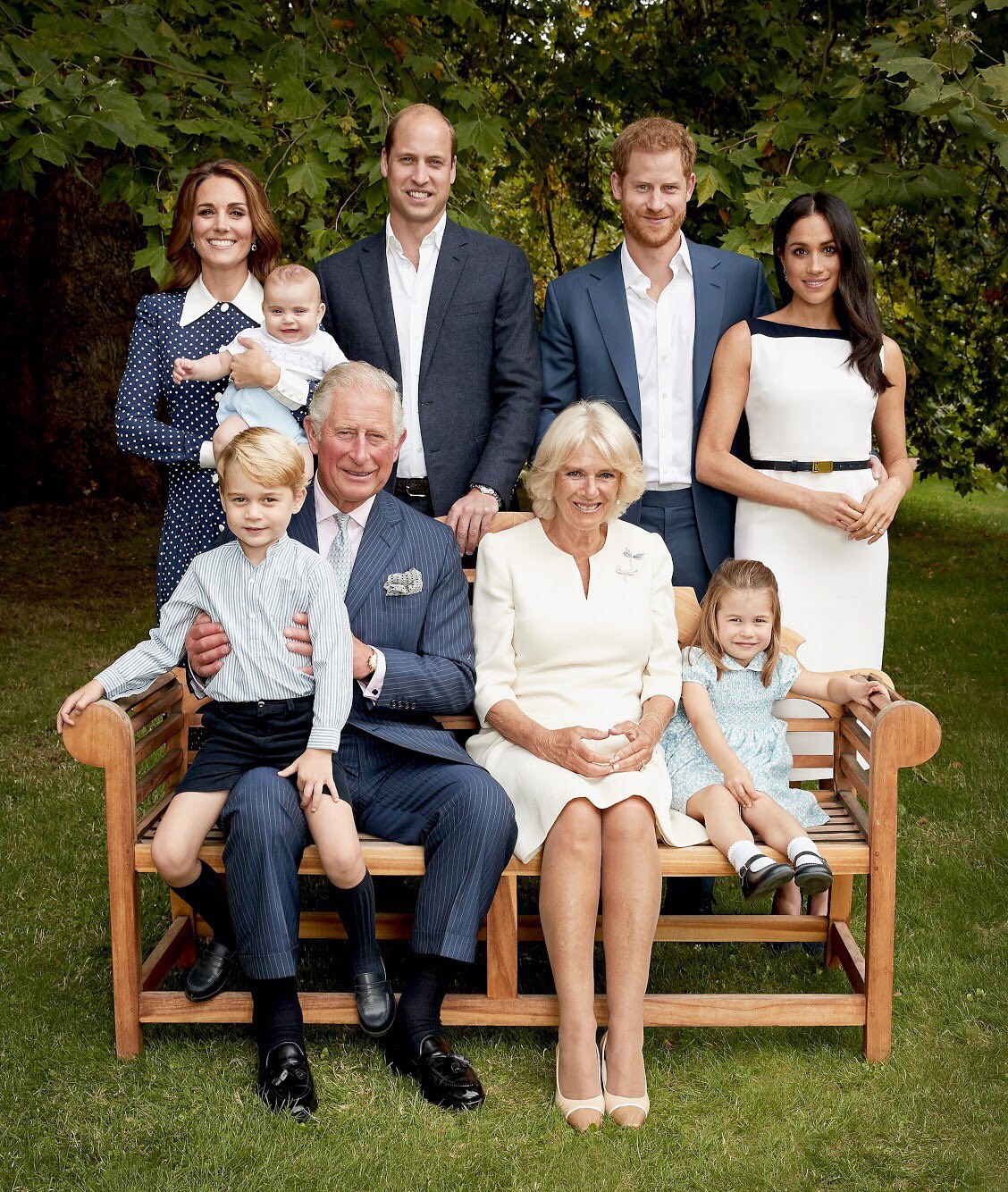 Other fans were also desperate to know what was making all three of the Cambridge children, and their auntie Meghan, laugh?

One wrote: ‘Beautiful pictures! But do tell what gave them the giggles!!’

Another said: ‘I would love to know what they were laughing at…..’

A third added: Congratulations Chris, terrific work?! So what was the funny joke you got them all to laugh at?!’

A fourth also commented: What made George and Meghan laugh in the picture?’

The photographer has remained tight-lipped – at least for now – so we may never know what gave the little ones the giggles… Could it have been nanny Maria doing cartwheels?