Prince Louis attended his very first Trooping of the Colour with the rest of his family on Saturday, but Kate had to stop him from doing something all babies love to do…

The one-year-old was treated to the spectacle of Trooping of the Colour for the very first time, after being too young to participate last year, just a few weeks after he was born.

Being the youngest member of the royal member in attendance, it was to be expected that the little one would steal the show in his first ever balcony appearance – and he did not disappoint royal fans.

During one of the funniest moments of the ceremony, Louis almost knocked the Duchess of Cornwall’s hat off her head because he was so into his waving!

But while he treated royal fans to a few royal waves, Prince Louis was also caught doing something babies commonly like to do – sucking on his thumb. 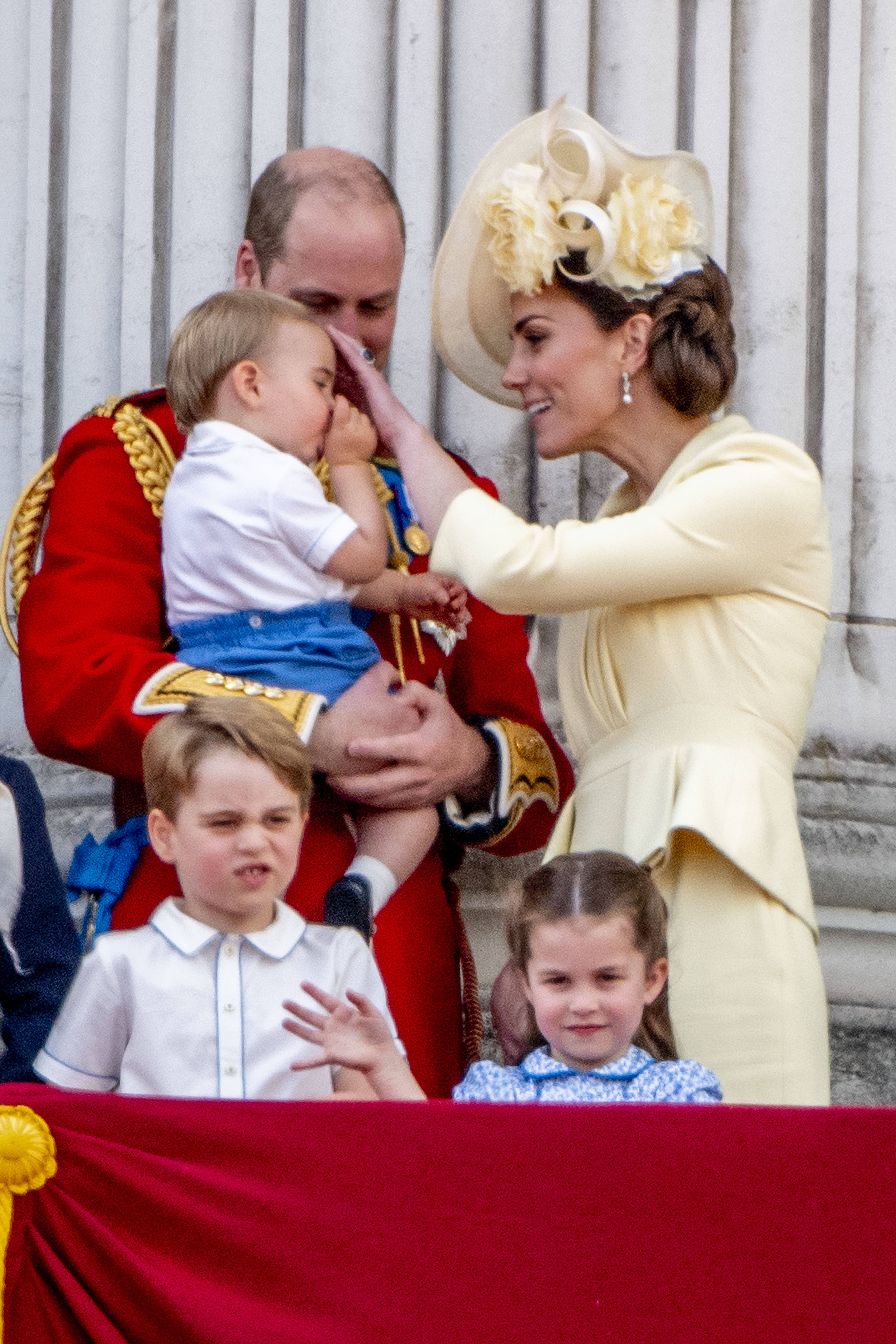 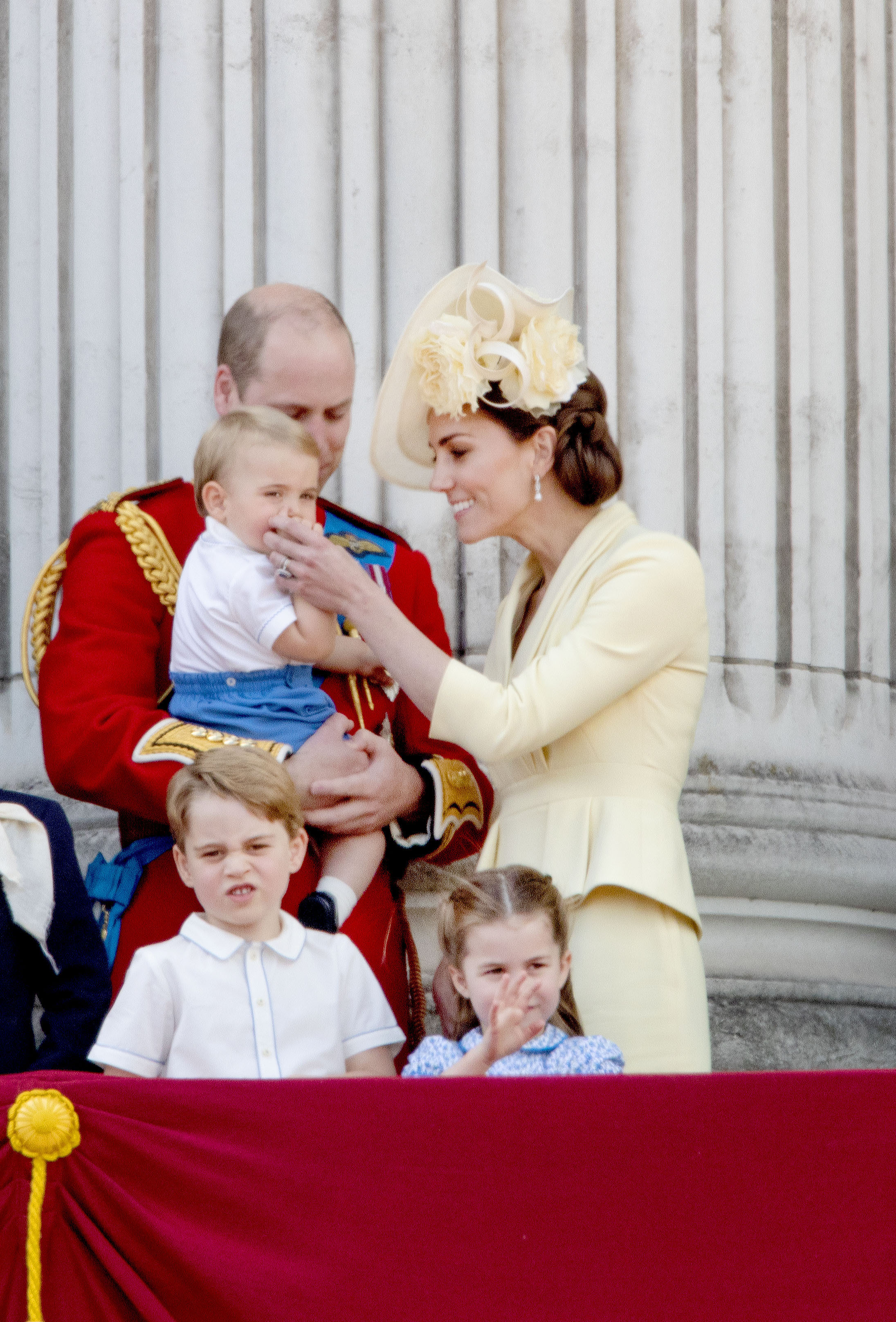 As Kate and William noticed what Louis was up to, they both tried to stop him by gently removing his thumb from his mouth and distracting him and he eventually got back to clapping and waving at the crowds – just like his big sister. 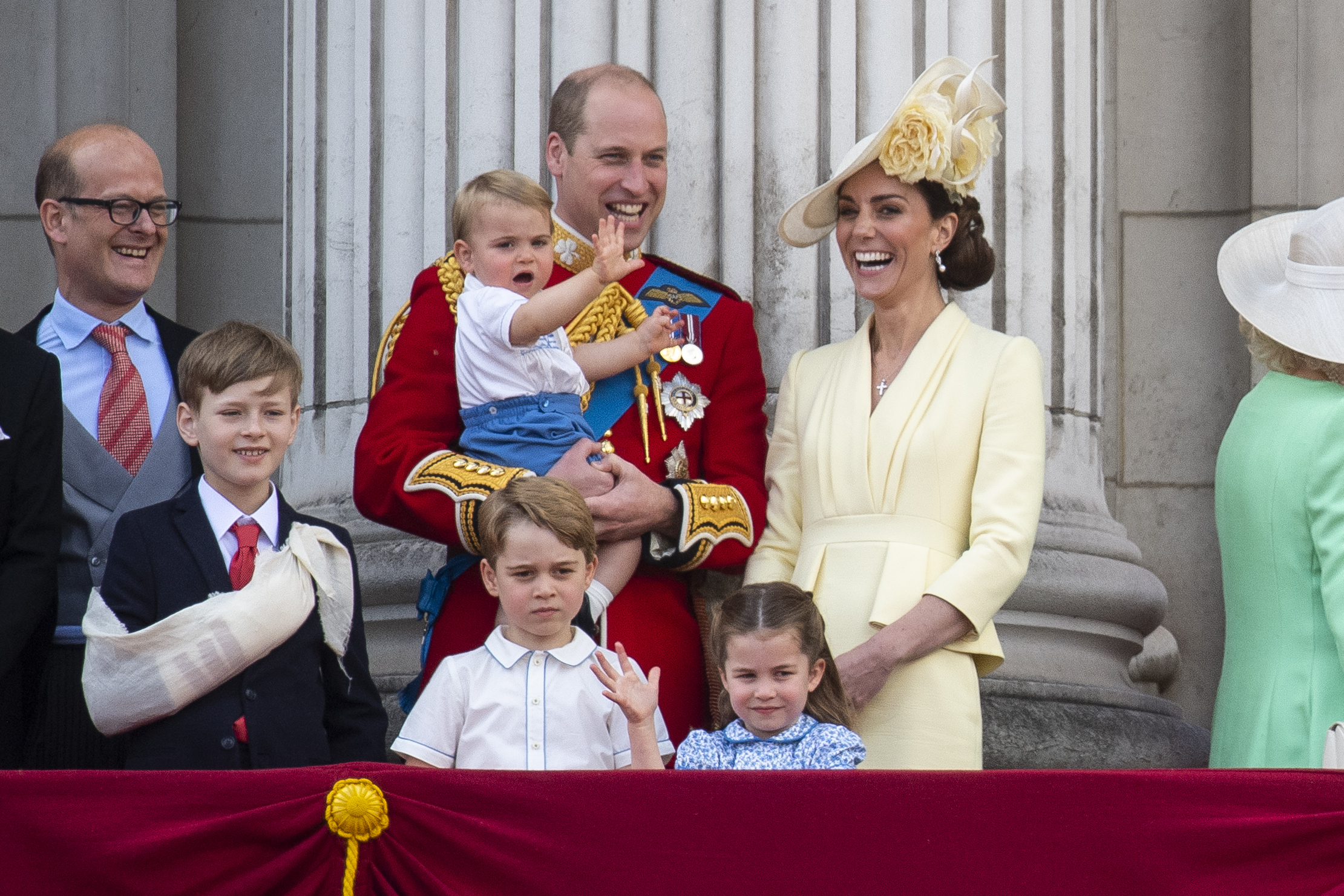 Before his Trooping of the Colour debut, the little Prince was last seen when he visited the woodland garden Kate helped design at Chelsea Flower Garden.

Alongside his siblings George and Charlotte, Louis was pictured having a great time at the outdoor space – sitting on a rope swing helped by his dad, and showing off his first steps by running around.

Kate recently revealed that ever since Louis started walking she was having to watch him at all times.

She said that he was ‘keeping us all on our toes’, and added ‘I turned around the other day and he was at the top of the slide – I had no idea’

Did you catch any more funny moments during Trooping of the Colour? Head over to our Facebook page and share your thoughts!