A dog owner has issued a warning about the danger of rope toys after the death of her golden retriever.

US-based Indira Tuckler took to Facebook to share her warning with fellow dog owners in an effort to raise awareness and possibly save the lives of other dogs.

‘Warning to all dog owners! I purchased several rope toy balls for my dogs at Home Goods. They looked extremely sturdy and impossible to destroy. However I found them in pieces the same day. I quickly threw them away hoping none of the dogs swallowed the pieces.

‘Unfortunately one of our dogs was not so lucky,’ she continued.

‘The ball unraveled and tore several holes in her intestines as she tried to pass it,’ explained Indira.

‘They removed 3 feet of rope that was entangled in her intestines. They also removed 14 inches of perforated intestines. The damage from the rope was so extensive that she passed away two days later.

‘We did not even have the option of having another surgery. She quickly became septic and bled from her intestines into her stomach.’

Indira then went on to give further details about the experience saying that she wanted to warn other dog owners.

She explained that the toys are common in a range of home goods shops and that they managed to be torn apart in just one day. 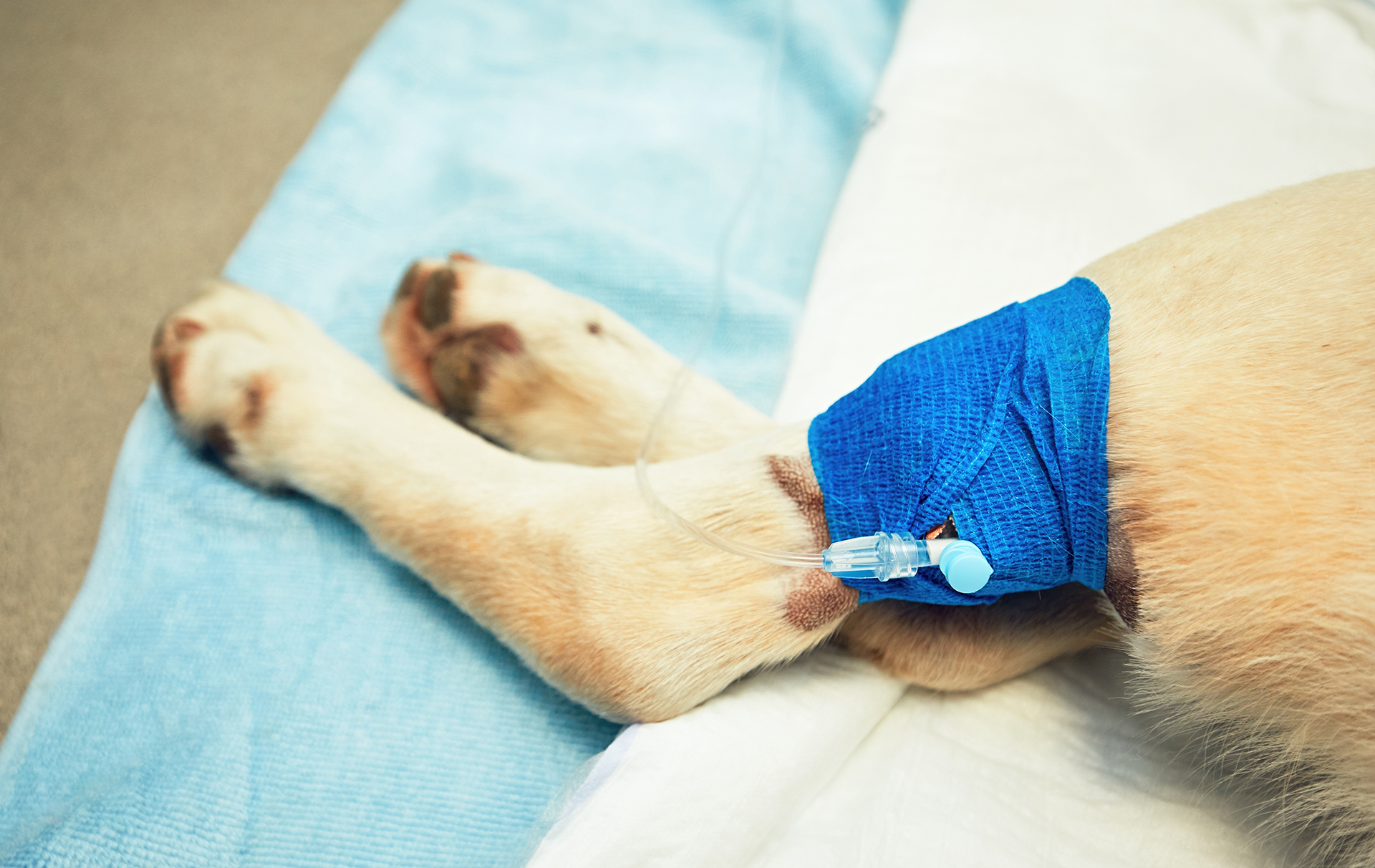 ‘The symptoms are vomiting , diarrhea, excessive water consumption and not eating,’ she continued, explaining that they can be mistaken for any usual upset stomach.

‘Every dog is at risk,’ warned the upset dog owner. ‘Our dog was only 1 year and two months old. She was a puppy!

‘The danger lies in the rope,’ she continued. ‘The ball unravels into several feet of rope that dogs can swallow.

‘This was a senseless and avoidable death,’ lamented Indira. ‘These items should not be sold for dogs.

‘I believe there is power in numbers and if we can share Sam’s story maybe we can save a dogs life.’