Emma Willis has opened up about her issue with a mystery condition that left her having to ‘reassess everything’ in her life after being left ‘knackered’, ‘puffy and bloated’.

The illness forced the TV host to make big changes to her lifestyle in order to get back to her normal self.

Read more: Bloated stomach causes – Why is my stomach bloated?

‘Normally, I’m a very positive, happy person,’ the 43-year-old told Women’s Health, ‘and suddenly I wasn’t, and that really affected me.’

After noticing that she didn’t feel quite right, the mum-of-three visited a nutritionist who did some tests to get to the root of the problem.

‘It turned out to be lots of different things that were all over the place,’ she said.

‘Stress, inflammation in my body, as well as being puffy and bloated, and I was just knackered,’ explained the Heart FM radio host.

‘You don’t realise that those things affect your body in the way that they do, until you’re not in a good place,’ she added. ‘I had to reassess everything.’

The former model is now aiming to improve body confidence in women and girls across the UK through through becoming an ambassador for Women’s Health magazine’s Project Body Love campaign.

The devoted mother, who has been married to Busted musician Matt Willis since 2008, said that she encourages her family to be happy in their own skin.

‘I tell my children they’re beautiful, but that’s more about their character as the way they look,’ she said.’

‘We never talk about size or what’s ‘normal’, as everyone is unique,’ she added. ‘I definitely don’t mention things that might worry me about my own body in front of them.’ 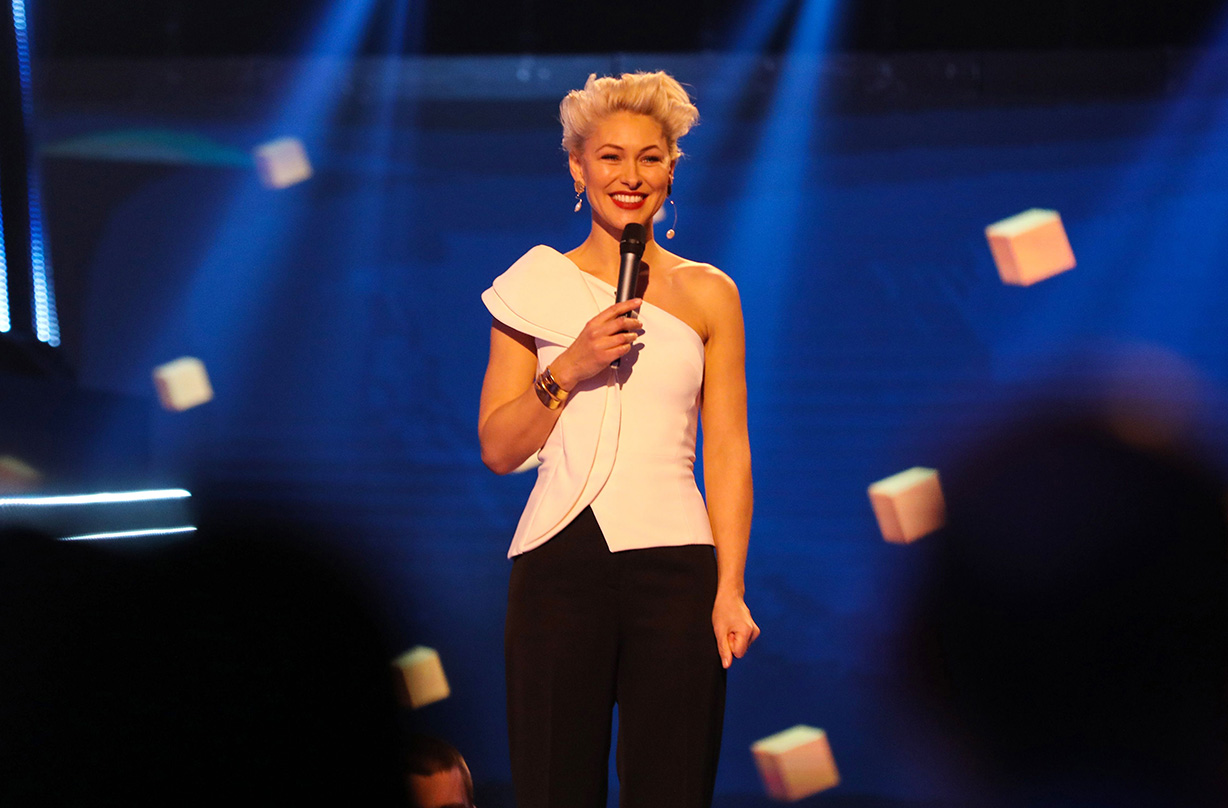 ‘I can’t remember my mum ever talking in a negative way about her body,’ continued the former Big Brother host. ‘We grew up seeing her in a bikini on holiday or getting out of the shower. We’ve always been quite open in that respect’

The TV personality also opened up on her own battle with self-confidence, saying: ‘It’s funny because, when I was younger, my body was ‘better’, but I was more insecure about it.

‘Then, in my thirties, I had children, so loved my body because of what it had produced,’ she continued.

‘I’m also more aware as I get older of being healthy, and taking care of my body from the inside, rather than thinking about how it looks from the outside.’