Coleen Nolan seems to have let slip the gender of Stacey Solomon and Joe’s baby.

Stacey announced she was expecting her first child with boyfriend Joe Swash last month, but she’s kept the gender under wraps.

But now it seems that someone might have spilled the beans for her, as Coleen referred to Stacey’s bundle of joy as ‘she’.

After being asked if there will be a baby shower for Stacey in a video interview with HELLO! magazine, Coleen said: ‘Oh no doubt! Any excuse to have a party, and any excuse where there’s a baby involved. 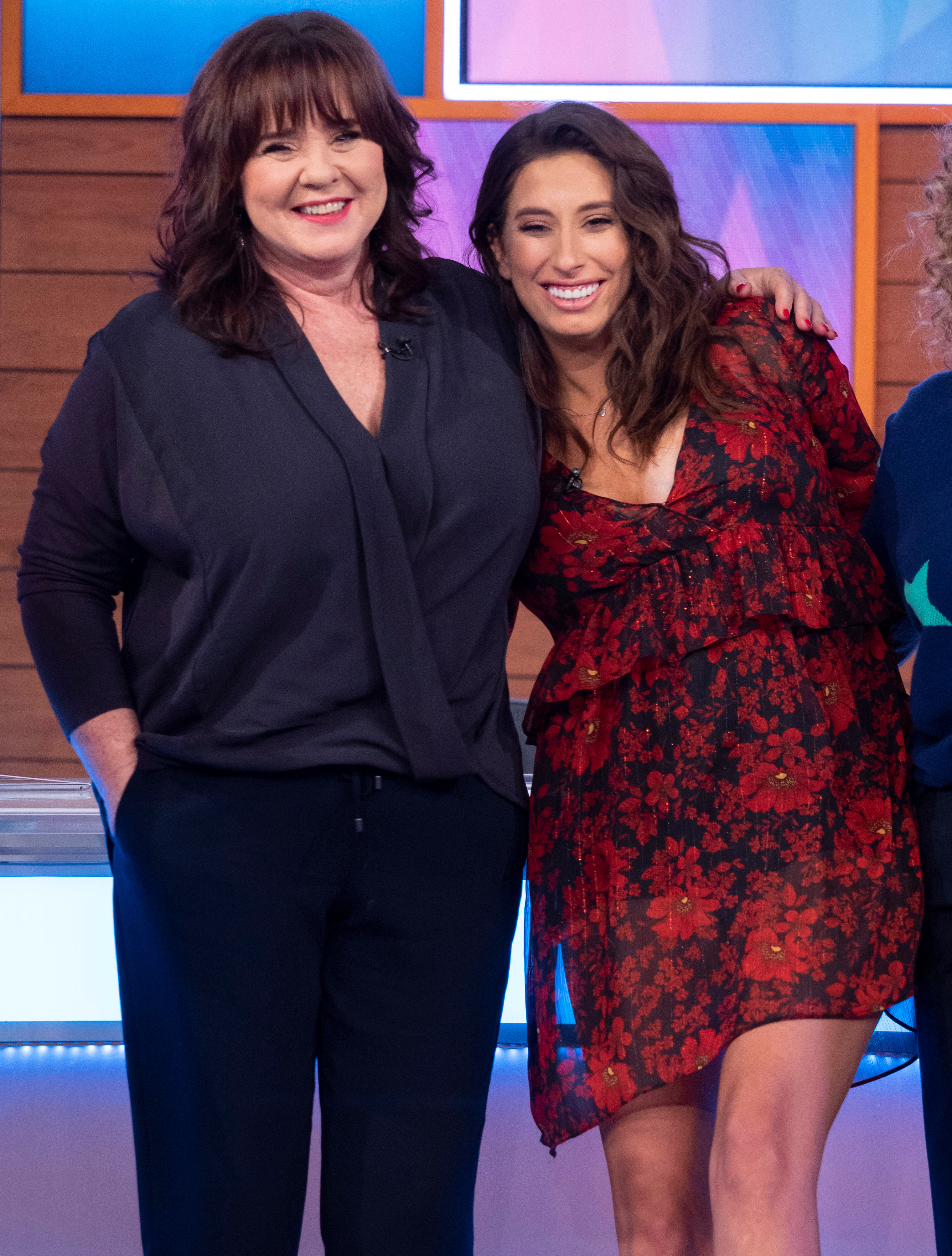 ‘She… that child, is going to have so many aunties, she won’t know what to do with herself.’

She also added that the whole Loose Women team are over the moon for Stacey and Joe: ‘We’re all like mother hens around her, every time she’s there. We can’t wait, we’re so delighted for her and Joe – such a great couple, so well matched.

‘So yeah there’s going to be a baby shower and wetting the baby’s head and all the birthdays that come after that. Any excuse!’

While they haven’t made an official gender reveal yet, the pair have already said they will definitely be finding out if they’re having a baby boy or a baby girl.

Speaking on This Morning, Stacey said: ‘We are definitely going to find out [the sex of the child], we are too impatient. I like to be prepared.

‘At first, I did think I’d love to have a girl, but then I was panicking thinking ‘I don’t know [baby] girls’, so because I have boys already, I feel confident and know what’s coming. But in all honesty, we’d just be so grateful if we have a healthy happy baby.’

Do you think Coleen might have accidentally revealed Stacey’s baby gender? Head over to our Facebook page and let us know your thoughts!