Sky Sports presenter Hayley McQueen has announced that she is pregnant.

The TV reporter took so social media to share the exciting news that she is expecting her first child after a battle with endometriosis.

‘BREAKING NEWS,’ she captioned the happy post that shows an image of her presenting her baby scan while her husband, model and actor Kirk Newmann, cradles her blossoming bump.

‘I’d hoped having a baby was going to happen one day but wasn’t sure it ever would,’ she continued. ‘Baby McQueen-Newmann has been cooking away for a few months now & pleases to report so far so good,’ she revealed. ‘We feel so incredibly blessed.

‘I’ve spent a couple of years getting fertility help, sorting out horrific endometriosis once and for all & getting rid of pesky cysts,’ continued the 39-year-old.

The expectant mum went on to explain that the couple found out about the pregnancy just as they were about to start IVF.

‘In fact, the very day I spoke to the embryologist to map out my cycle and dates was the day we found out,’ she marvelled.

‘Kirk ever the optimist said it would happen naturally & we are so lucky that it did,’ continued Hayley. ‘It’s been an anxious few months but couldn’t be more excited for the new chapter in our lives.’ 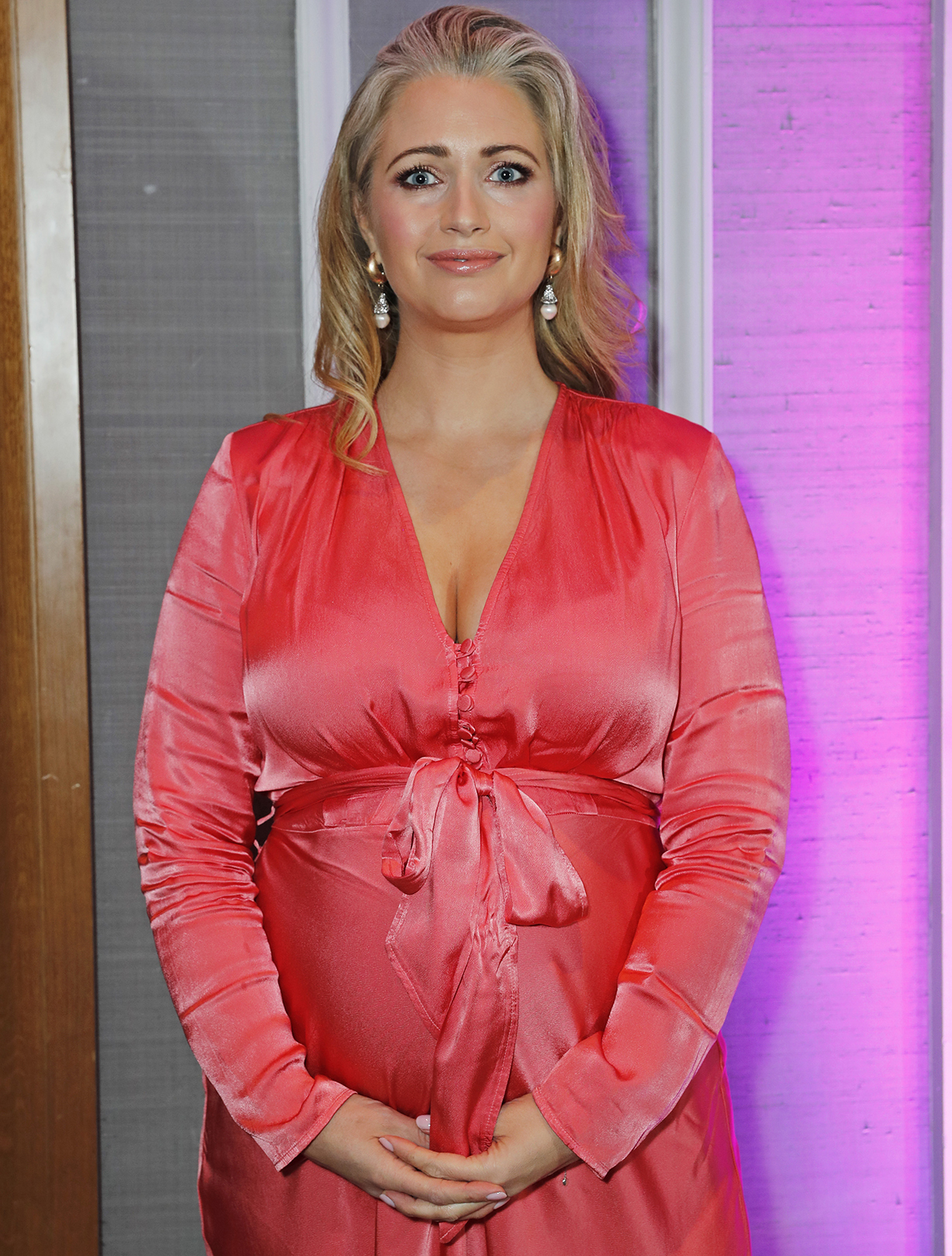 The mum-to-be, whose pregnancy is technically classed as geriatric, went on to encourage other women who are trying to get pregnant later in life, saying: ‘To all those who are struggling to conceive or read the dreaded statistics of pregnancy later in life please don’t let stats get you down.

‘I hope me and my 1 working ovary, declining follicles and hormones can be of some hope for others who are struggling,’ she continued. ‘I genuinely think that I relaxed knowing that we’d found a wonderful place to have ivf to look forward to in the new year. This coupled with Kirk’s extensive research on diet and fitness must have contributed to our little miracle.’

Congratulations to Hayley and Kirk on their exciting news!