Former EastEnders star Kara Tointon has revealed that she is pregnant with her first child and is due to give birth in just three weeks time!

You might recognise Kara as Dawn Swann from the popular BBC One soap EastEnders but she was also crowned the winner of Strictly Come Dancing back in 2010.

Kara has confirmed the happy news that she is expecting her first child, aged 35, with her fiancé Marius Jensen in an interview with Hello! Magazine.

Fans had speculated that Kara was pregnant when she debuted what looked like a baby bump back in August but she has only confirmed the news now.

She said: ‘It is the biggest life-changing moment when you have this little human being coming into your life that you are yet to meet.

‘For me it was always about meeting the person that you know is the one you want to share this experience with.’ 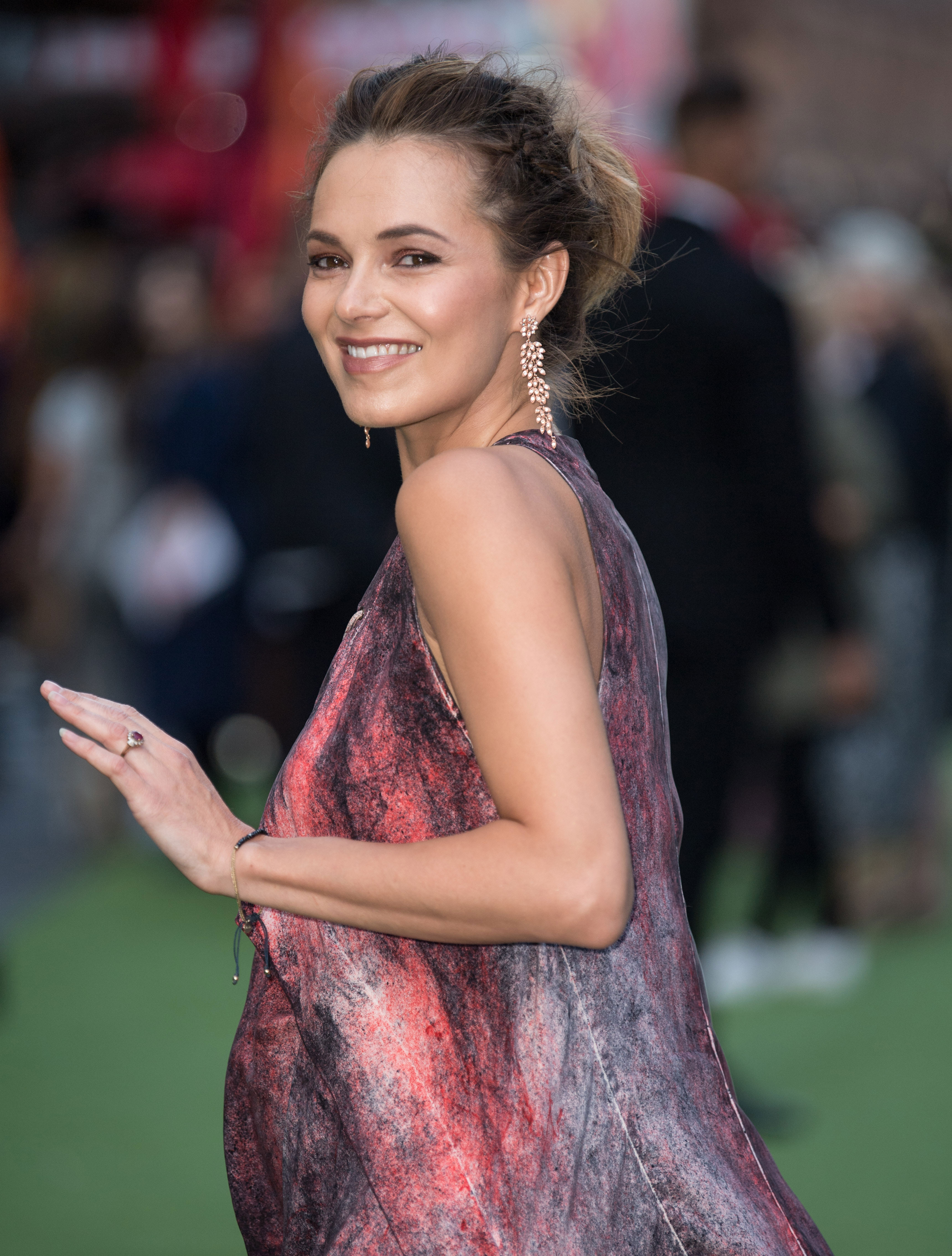 Kara at ‘The Festival’ film premiere in August

The couple have not revealed the gender of their child but using the Chinese birth predictor to see if they will have a baby boy or girl reveals that they could be welcoming a baby girl.

Kara added that although she and Marius knew they wanted children, they didn’t want to put any pressure on themselves and understood that conceiving doesn’t always happen first time around.

She said: ‘Marius and I said: “If it happens, we are ready, but we won’t plan”, and then it happened quite quickly.’

Kara revealed that the proposal was completely unexpected. She said: ‘We were having a lie-in and I had no idea he was planning to propose. It was so perfect as I am not someone who likes big moments, and it was just very Marius. He says it as he feels it. It was very lovely, very relaxed.’