Meghan Markle is currently expecting her first child, and now royal fans think they've guessed her due date because of one small detail.

The Duchess of Sussex’s first pregnancy was announced last week, at the beginning of the royal tour of Oceania.

Since then, both Meghan and Harry have delighted royal fans every time they share new information about the baby they’re expecting – from Harry revealing he’s hoping for a baby girl, to Meghan saying how pregnancy has made her feel.

But royal fans are also looking out for any clues the couple might be giving away about their first child. That was the case of Twitter user Duchy of Success, who noticed something about Meghan’s jewellery choices.

The Duchess was spotted wearing three new rings, designed by exclusive Canadian brand Ecksand, at an Invictus Games event. The stacked pieces had three different stones, which can be worn as sentimental birth stones – green being Meghan’s birthday in August and blue sapphire being Prince Harry’s in September.

The third stone was a diamond, which is speculated to represent the baby’s due date in April.

The fan explained on Twitter: ‘I’m hoping Meghan’s stacked rings represent their birthstones and Baby Sussex is an April baby.

Other fans seemed to agree with the theory, with one saying: ‘So……. it’s an April baby after all? I think is a YES.’

It’s still unclear which month Meghan’s due date falls on, as Kensington Palace’s announcement said she’s due in spring – which could mean anytime between March and June. 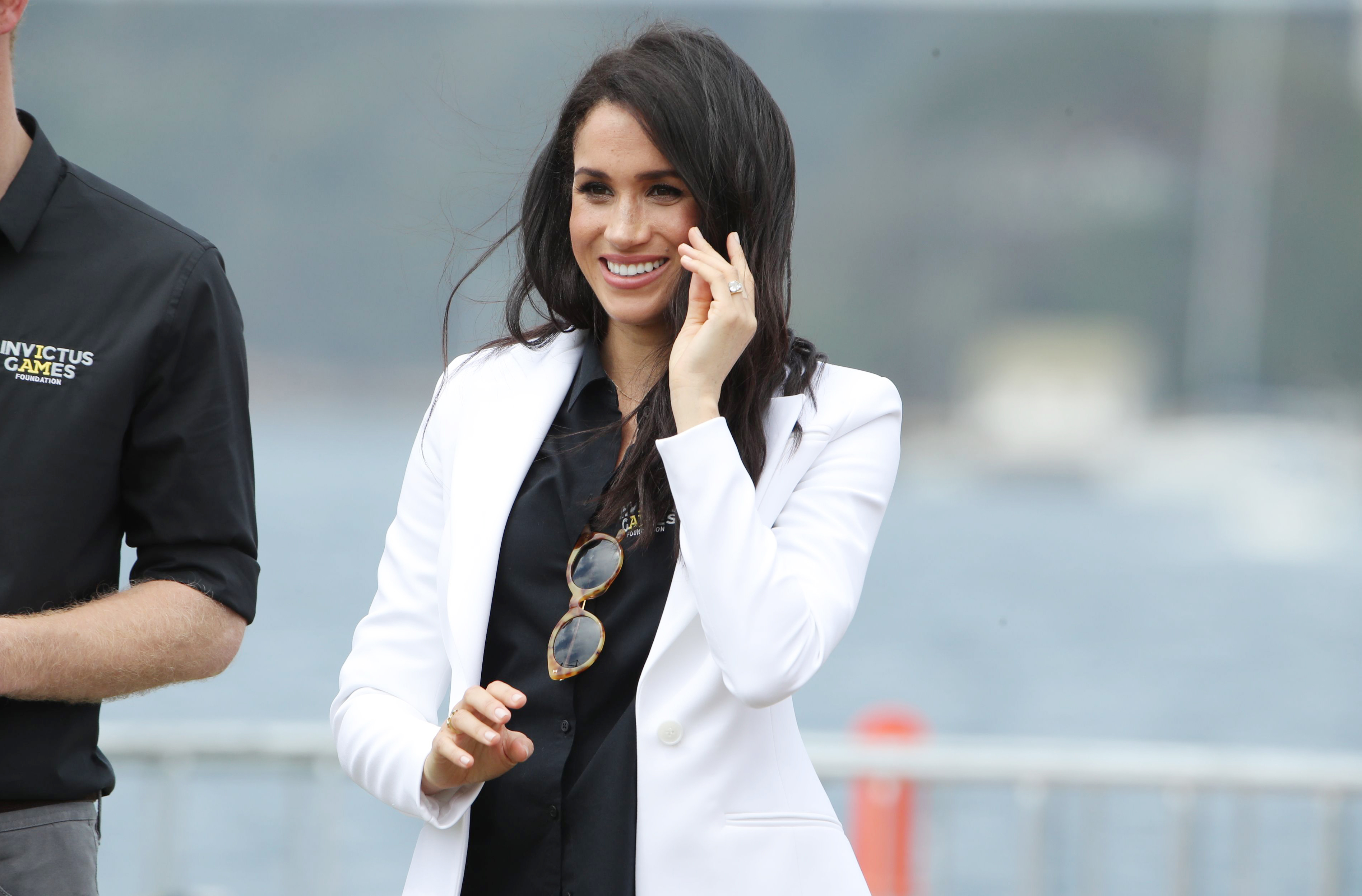 Expectant mums usually wait until the 12 week mark to share baby news – apart from Kate, who has had to announce her pregnancies very early on as she suffers from extreme morning sickness – so it was thought at the time of the announcement the Duchess of Sussex was around three months pregnant.

This would mean her due date would be late April or early May, but Meghan later reportedly told a well-wisher during the tour that she was actually four months pregnant – setting her due date to sometime in March.