Meghan Markle has revealed she's already planning where she will be heading with Harry and their new bundle of joy for a holiday as a family of three.

The Duchess, who announced she’s pregnant with her first child last week and is currently in a royal tour of Oceania with husband Harry, is clearly excited about becoming a mum.

While she had to take a break after a few very busy days, Meghan returned to royal engagements with Harry by her side earlier this week and the two have been revealing very exciting snippets of information to the crowds who come to see them.

Harry already let it slip whether he’s hoping for a baby girl or a baby boy, while Meghan revealed how far along she is in her pregnancy to a fellow mum. 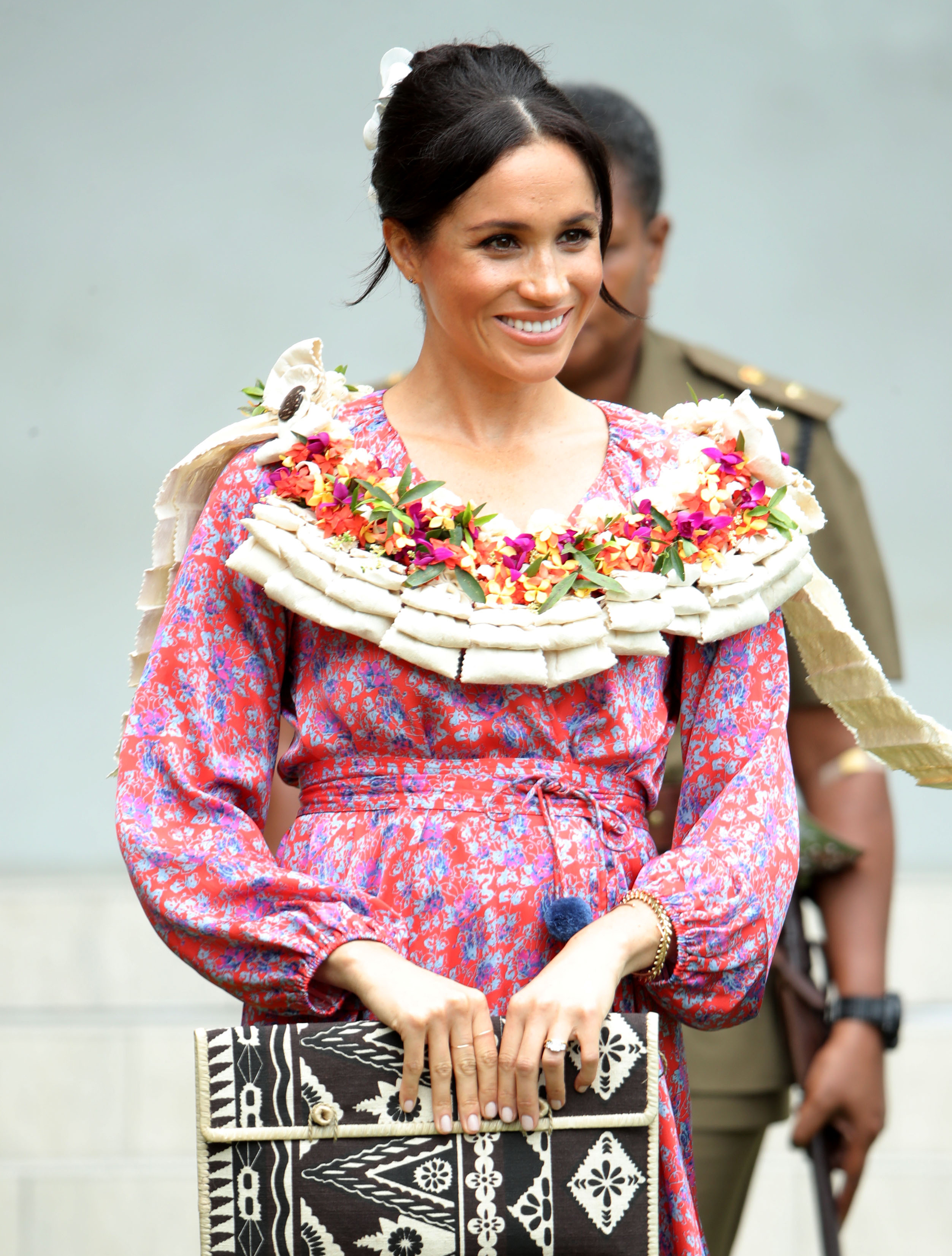 The most recent revelation comes from Meghan herself, who reportedly spoke about their plans for a family holiday once the royal baby is finally here.

During an engagement at Bondi Beach, the 37-year-old said she hopes to return to Australia with Harry and her baby.

‘I would like to return to Australia. I’m hoping to come back with the three of us next time,’ Meghan told Kietah Martens-Shaw, Founder of B.OK ideas, according to Australian website New Idea.

As well as the holiday plans, the expectant mum also opened up about her parenting style, highlighting how important the conversation around mental health is.

‘I’m excited to welcome my baby to a world that is more accepting of the conversation of mental health and to be an important part of the change of understanding the effects that mental health can have on friends, families and individuals’, she said.

Meghan also revealed the trick she used when she’s feeling down: ‘I used to hang a quote on my wall, what will be, will be, and I’d look at the wall when I encountered tough times.’