Prince George has lots of hobbies and interests including horse riding, skiing and other sports like football and tennis.

Prince George is known to be fascinated with helicopters and emergency vehicles and now it seems Prince George has a new interest – outer space!

Mum Kate revealed that Prince George was learning all about space while she was at a royal engagement at King Henry’s Walk Garden, a community garden in Islington, London. 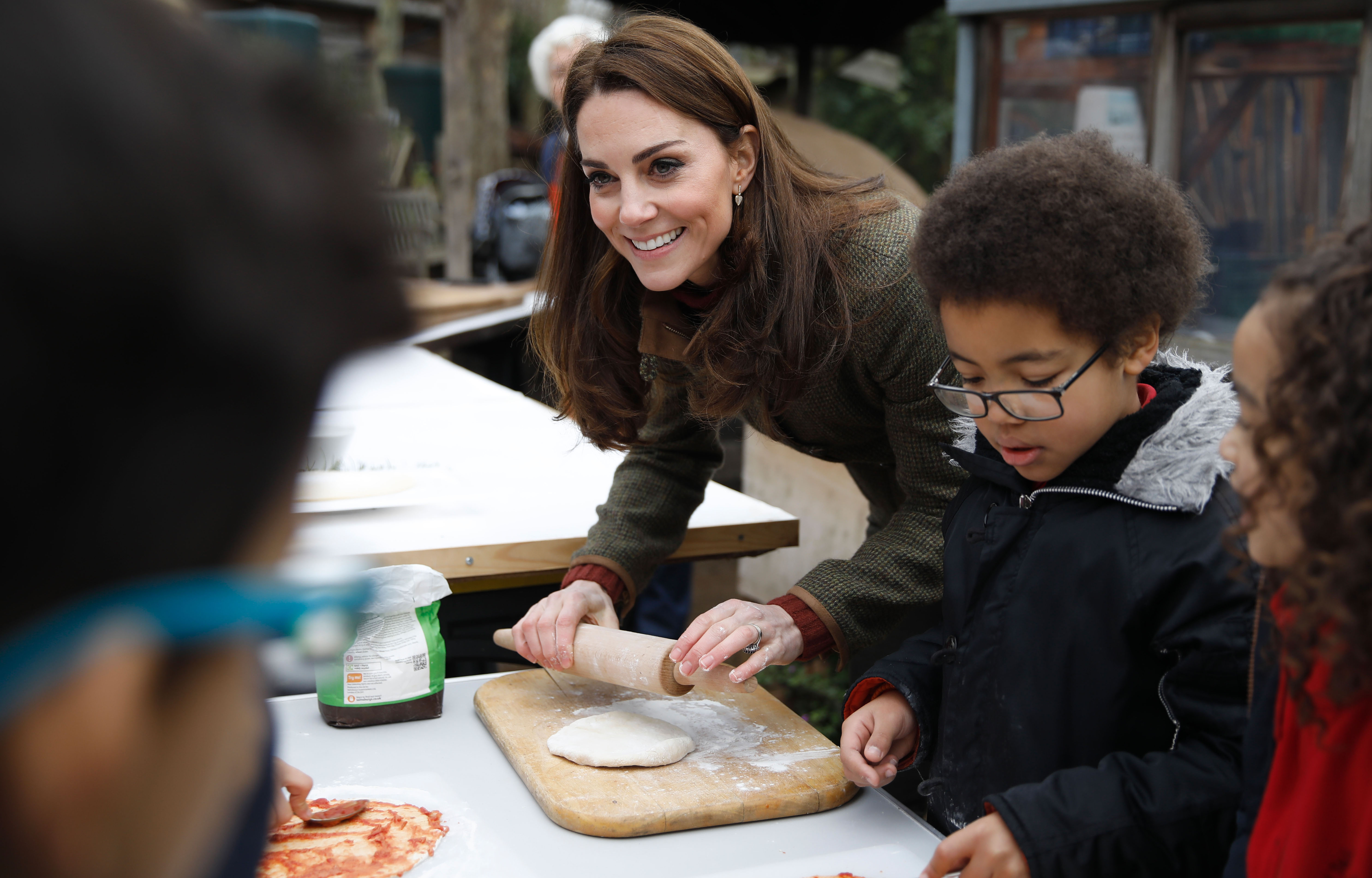 While the group were busy making their own homemade pizzas, another of Prince George’s favourites, Kate was asked by one of the children if he could meet her children.

Kate candidly replied that they’d love to be with them all learning outside and enjoying the activities but George and Charlotte are at school.

She said: ‘They would love to come and do this with you. They will be very sad that I’ve been out here making pizzas with all of you and they haven’t been here.

‘They’re in a classroom. George is at a school called Thomas’s. He’s learning about space.’

Prince William also recently revealed that George is obsessed with dinosaurs and is teaching the whole family about them.

Kate continued to chat with the children making pizzas and asked them if they enjoyed learning outside of the classroom as she said her children would love it.

She asked the group: ‘Do you like being outside and learning outside? I think that is where George and Charlotte would love to be, learning outside of the classroom. Not inside. It is still fun inside but it is much better outside’, to which the children agreed.

Kate was also quizzed about whether the Queen eats pizza and she candidly replied: ‘That is such a good question. I don’t know. I don’t know. Maybe next time I see her shall I ask her?’