Retroverted uterus is probably not a phrase that you use regularly. In fact, a lot of us may not know what it means – let alone if we’ve even got one.

Women’s health experts estimate that around a quarter of women have a retroverted uterus  – and many don’t even realise. So the chances are it’s a condition that could affect you or someone you know. But what exactly does it mean and how will it affect your life? Here, we get the answers that you really need…

What is a retroverted uterus?

A retroverted uterus is also commonly known as a tilted uterus or a tipped uterus. It’s when the uterus leans towards the back of the body rather than resting in a forwards position.

A woman’s uterus is shaped like an upside-down pear and sits in the pelvic area behind the bladder. The size of the uterus varies between women but is on average between 6-10cm long and 3-5cm wide.

It’s typical position is bending slightly forwards towards the bladder and abdomen. This is known as an anteverted uterus, and most women’s uteruses will be in this position.A retroverted uterus tips backwards instead, towards the rectum and spine.

Ms Shazia Malik, Consultant Gynaecologist at HCA Healthcare UK’s The Portland Hospital, explains that while it’s not necessarily something to worry about, it can be an indicator to a more serious condition such as endometriosis or a pelvic infection. ‘These can be troublesome if not recognised or treated,’ she says.

What causes a retroverted uterus? 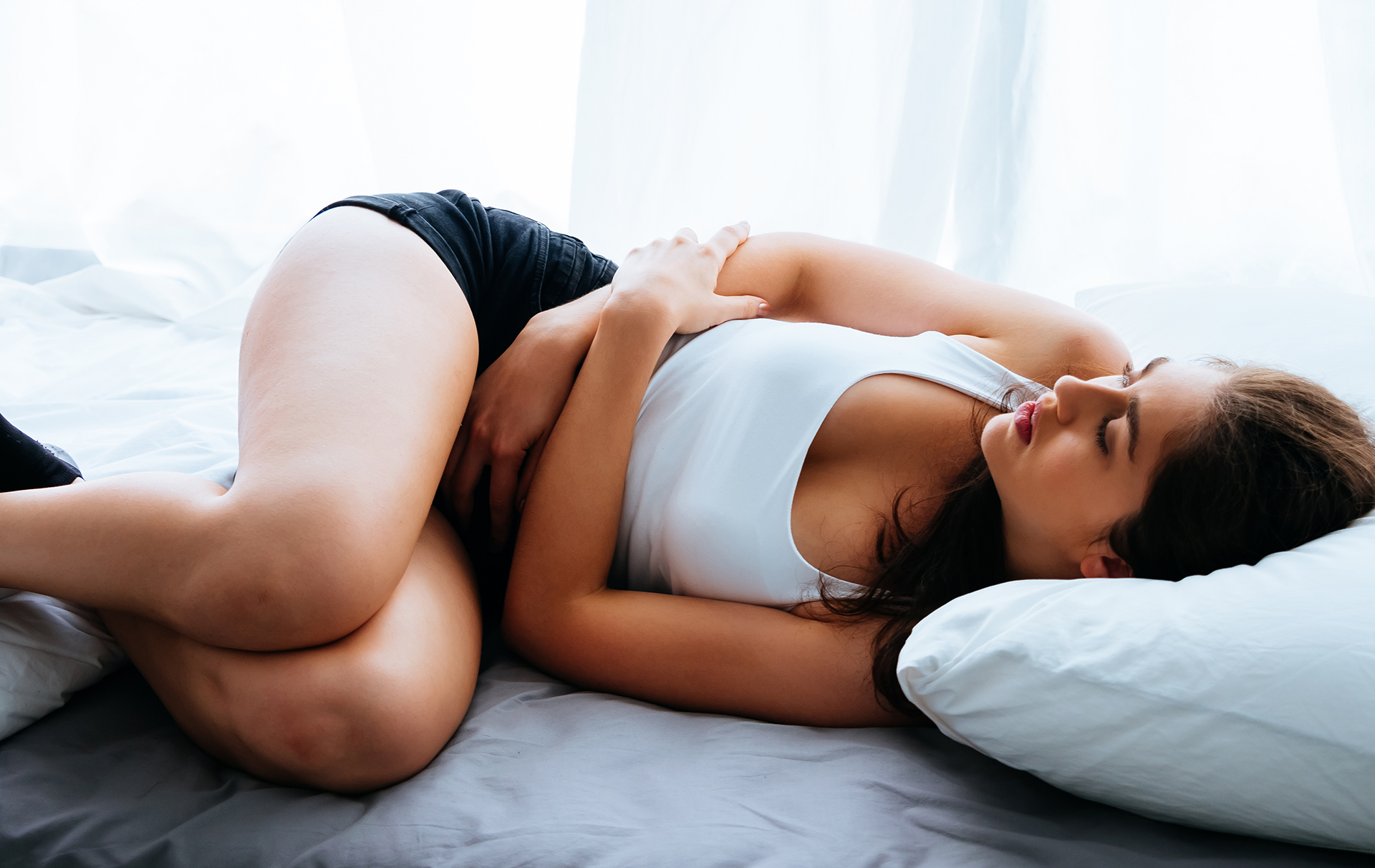 So, you’re probably wondering what causes a retroverted uterus. Are women born with it or does it develop over time? The answer, says Shazia, is that both is possible.

‘In some women it can be caused by a condition called endometriosis, previous surgery, pelvic infection or pelvic adhesions causing tissues to stick together,’ says Shazia.

A retroverted uterus may also be the result of childbirth or the menopause. These can cause the ligaments around the uterus to become weak so that it tips backwards.

How common is a tilted uterus?

‘It is perfectly normal for up to 25% of women,’ says Shazia.

But despite 1 in 4 women having a retroverted uterus, many are unaware of their uteruses position. Others may notice signs that their uterus is tilted.

What are the symptoms of a retroverted uterus?

‘Most women have no symptoms at all,’ says Shazia.

In fact, women are often first alerted to the condition when going for a smear test, because if the health professional doesn’t know about the tilted uterus or doesn’t recognise it when they start the test, they may find that they have difficulties finding the cervix.

‘Some women also find it harder to insert a menstrual cup over the cervix if the womb is retroverted,’ explains Shazia.‘And very occasionally it can cause uterine incarceration in the first trimester of pregnancy,’ she says. This is where the uterus becomes wedged into the pelvis resulting in an inability to empty the bladder fully.

Other symptoms of a retroverted uterus include:

Feeling discomfort or pain during sex: Particularly during deep penetration or in certain sexual positions such a from behind

Painful periods: You may have back ache during your period rather than abdominal pain

Difficulty positioning tampons: It may be more difficult to insert a tampon when the uterus is tipped backwards

Urinary tract infections (UTIs): UTIs may be more common with a retroverted uterus

According to research published in the International Urogynecology Journal, 69% of grade 2-4 uterine prolapses involve a retroverted uterus. A uterine prolapse is when the muscles and  ligaments can no longer hold the uterus in place in the pelvis and the uterus slips down into the vagina.

Can a retroverted uterus affect your ability to get pregnant?

While it was previously thought that a tilted uterus could make it harder for sperm to navigate to the uterus and reach an egg, more updated research has shown that it’s not a cause for concern.

‘There is no evidence that this affects fertility in itself,’ Shazia confirms.

However, that is only providing that there are no ‘contributory pelvic abnormalities or conditions’ that are causing the retroverted uterus.

So if a uterus is tilted tipped due to a condition like endometriosis, then the endometriosis can be a contributing factor to problems with conceiving.

Will a retroverted uterus affect sex or contraception? 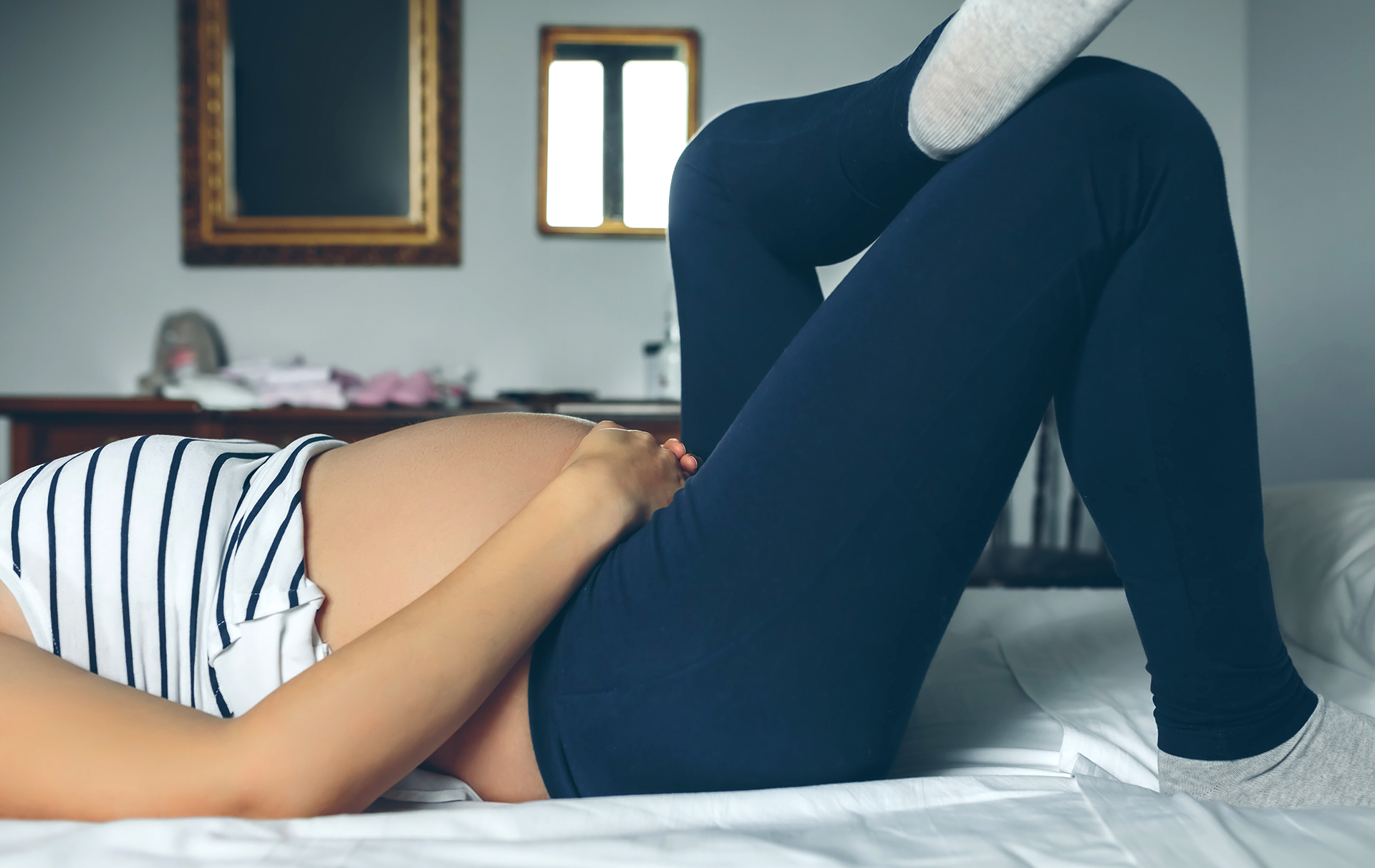 For most women, no, but there are some circumstances when it can cause a problem.

‘Certain sexual positions –such as when you are on top, can cause discomfort if you have a tilted uterus,’ says Shazia.

And if your chosen contraception method is an IUD, a retroverted uterus can affect the insertion.

‘With IUD insertion it is important that the health professional recognises that the womb is tilted backwards,’ says Shazia, ‘otherwise they can perforate the uterus by not inserting the IUD correctly’.

So make sure to make any medical professionals aware if you do have a tilted uterus. Generally, it won’t affect any other form of contraception or tampon use and you’re even unlikely to notice in childbirth, as the uterus tilts forwards anyway when it enlarges at around 12 weeks of pregnancy.

How do you fix a tilted uterus?

The good news is that it doesn’t normally require ‘fixing’ at all. ‘Mostly treatment is required to treat the condition causing it – if there is one, such as surgery for endometriosis or uterine fibroids, or infection,’ advises Shazia. ‘Otherwise if it is a significant problem, for example during intercourse, keyhole surgery can help to fix the ligaments supporting the womb to keep it tilted forwards.’

Previously, vaginal pessaries or certain exercises were recommended to women with the condition, but Shazia says there is no good evidence that these help.

If you do experience any of the symptoms of a tilted uterus,  discuss it with your doctor to check that it’s not a sign of something more serious.