Prince George and Princess Charlotte made their parents very proud at Princess Eugenie’s wedding and Kate’s face in this video shows just how much.

Prince George and Princess Charlotte did an excellent job at Princess Eugenie’s wedding and one French royal fan was able to capture the moment proud mum Kate saw them enter St George’s Chapel at Windsor Castle.

It was the Cambridges’ eldest children’s third wedding of the year and their fourth time as pageboy and bridesmaid. 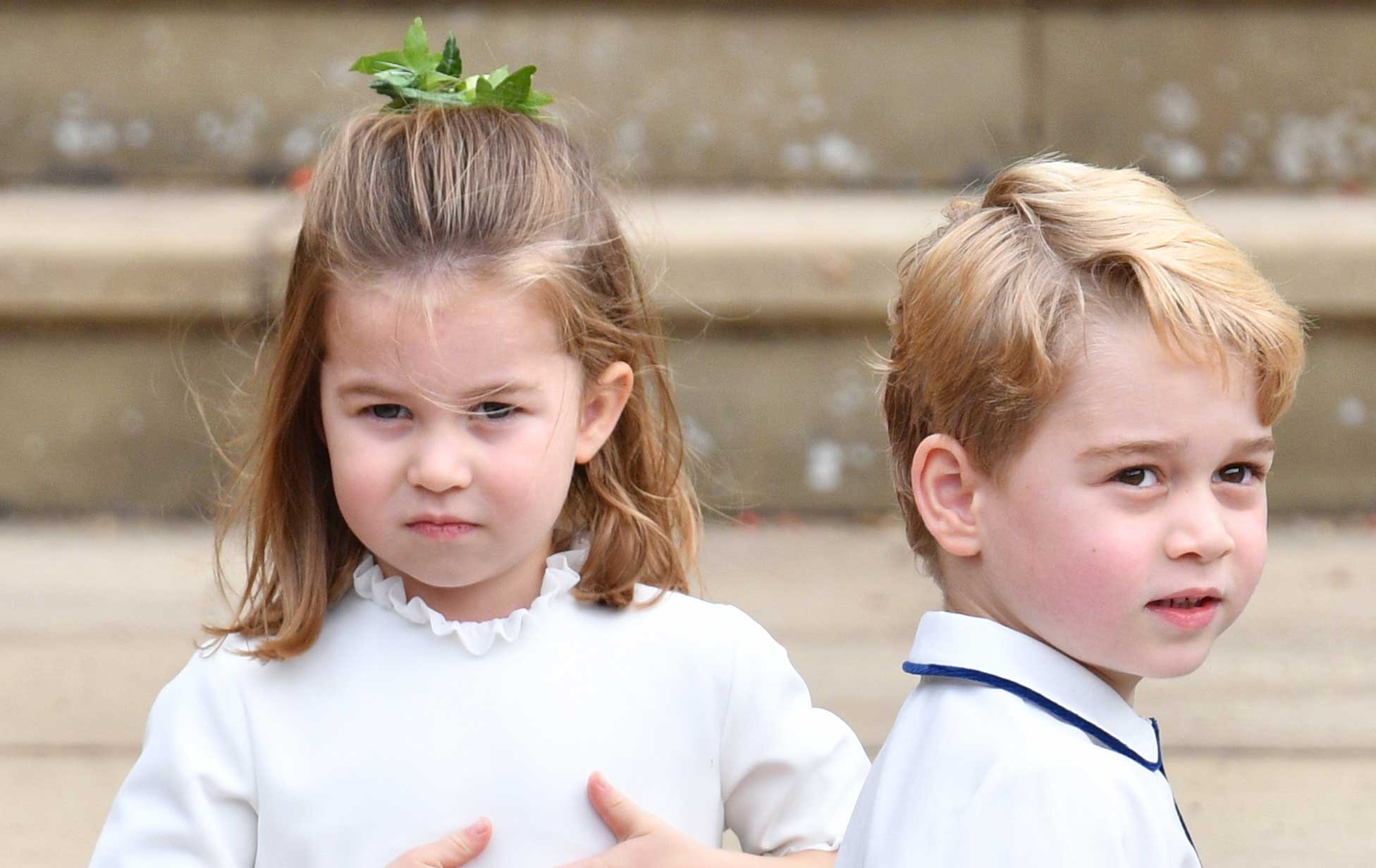 For a change, mum Kate wasn’t on hand to keep the young bridal party on their best behaviour but instead she had the pleasure of watching the magical day unfold like the rest of us.

Kate and William entered St George’s Chapel well before their children arrived with the bride and were sat next to Prince Harry and Meghan Markle, who announced they were expecting their first child together just a few days after the wedding!

While they were waiting they shared a rare public display of affection, perhaps they were a little nervous that their five-year-old son and three-year-old daughter might do something cheeky…

Thankfully everything went to plan and Kate’s face literally lit up with pride when she saw her children enter the chapel, and it was captured in video.

Prince Harry appears to pick up on Kate’s delight and smiles at his sister-in-law’s reaction.

On arrival Prince George looked far more confident than previous public appearances and his little sister was as enthusiastic and confident as she always is.

Charlotte could be seen frantically waving from the car as they approached the chapel and also gave the cameras her signature wave on the steps before following behind Princess Eugenie.

Prince George’s boosted confidence could have come from having his cousin Savannah on hand to keep him company. Seven-year-old Savannah and Prince George appear to have a very close friendship and enjoyed they own adorable moment together at the royal wedding.

Have your children been a pageboy or bridesmaid at a friend or family member’s wedding? How did you feel when you were waiting for them to emerge? Did you hold your partner’s hand with nerves?! Head over to our Facebook page to join the conversation and share your experiences!