Meghan Markle reportedly had a very lavish baby shower with her friends in New York but the mum-to-be refused to open any of her gifts for a very sweet reason.

Meghan Markle jetted off to New York to visit some of her closest girl friends last week and was reportedly thrown a very special baby shower that cost around £383,000.

Baby showers are more popular in the US but they have been growing in popularity in the UK with several celebrities throwing their own eccentric celebrations!

Most baby showers include themed games and food usually gift-giving to the mum-to-be.

However, attendees at Meghan’s baby shower were not able to see her reaction to their gifts as she refused to open them until she returned to London with Prince Harry.

American TV host Gayle King was one of the people invited to the celebration and revealed Meghan’s sweet gesture while speaking with her colleagues on CBS This Morning.

Gayle said: ‘She didn’t open any of the gifts because she wants to do that when she goes back to London, when she and [Prince] Harry are back together. I don’t know what everybody got.’ 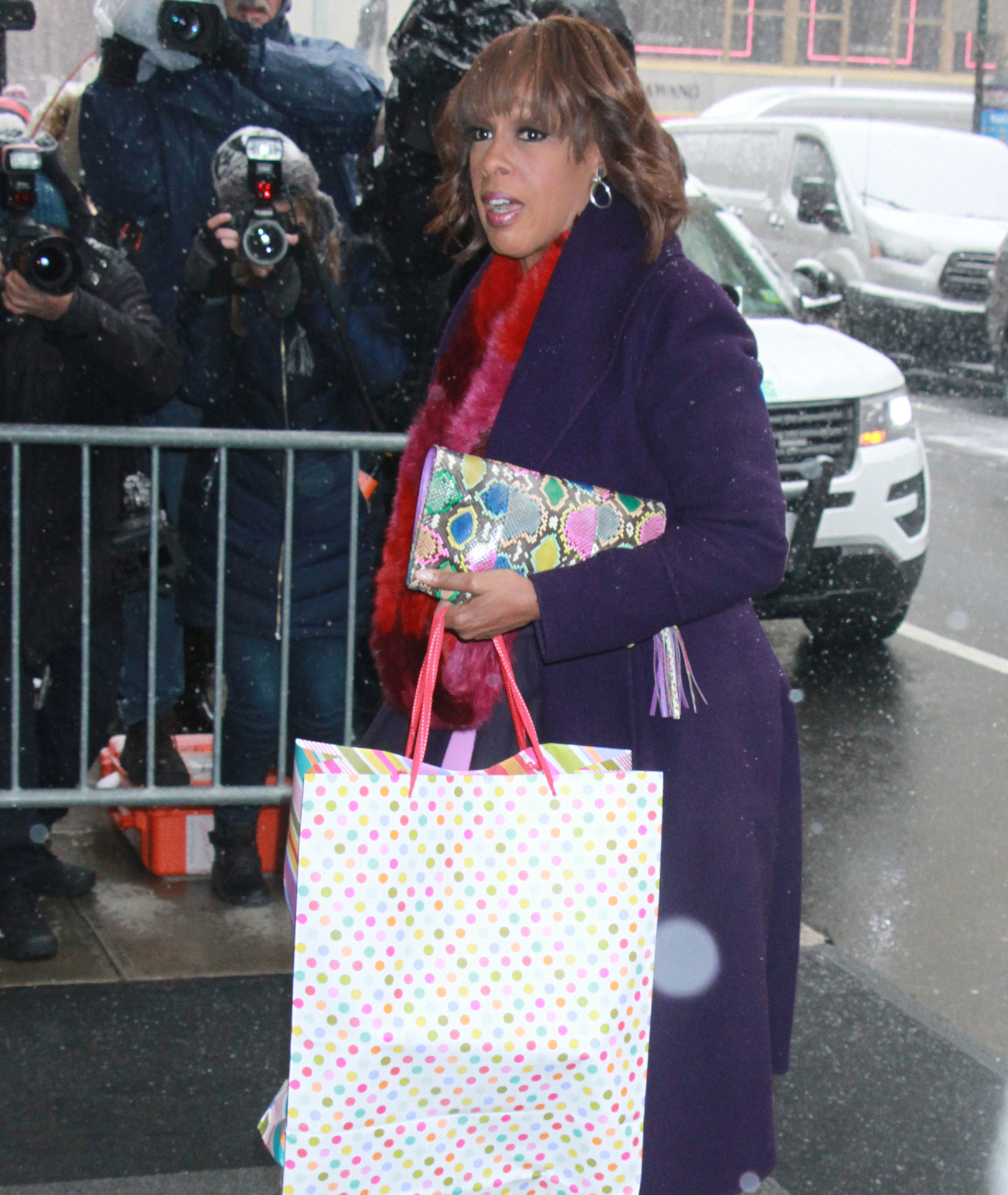 Gayle arriving with her gift at Meghan’s baby shower

She added: ‘I think I got something I think is very nice. But you know, she’s a very private person. I think she should decide what she wants to say about this.’

Speaking about what the baby shower was like, Gayle also revealed that it was really something special.

Read more: 9 of the grossest baby shower cakes EVER

Gayle said: ‘I hope she won’t mind me sharing this because I’ve never seen anything like this at a baby shower. They did flower decorations. They had flower arranging, they brought in somebody to explain how to arrange flowers.

‘We all each made an individual vase.’

The flowers were then donated to different charities via an organisation called Repeat Roses, which delivers flowers to homeless shelters, mental health facilities and cancer treatment centres.

Gayle said this sweet gesture is testament to Meghan’s kind nature. She gushed: ‘I thought that was a very sweet thing… It just speaks to who she is. She’s kind, she’s very generous. And a really, really sweet person.’