Meghan Markle has revealed that she 'snuck in' to surprise a group of school children.

Expectant mum, The Duchess of Sussex, who recently let slip when the royal baby is due, surprised a group of performing school children when she visited them earlier this week.

The former actress, who has been seen cradling her blossoming baby bump for an adorable reason, has taken up four new patronages from the Queen, one of which is the National Theatre.

Earlier this week, the mum-to-be made her first official visit as patron and surprised a group of school children when she explained how she ‘snuck in’ to watch them perform.

Speaking to a group of children from Edith Neville Primary School in Camden, the 37-year-old said: ‘You guys did an amazing job when I saw you perform right before Christmas.

‘I snuck in and watched. It was great, I didn’t want to leave’.

The group of students, who were not aware of the Duchess’ presence and were simply told that a VIP guest was in the building, were understandably surprised at the news. 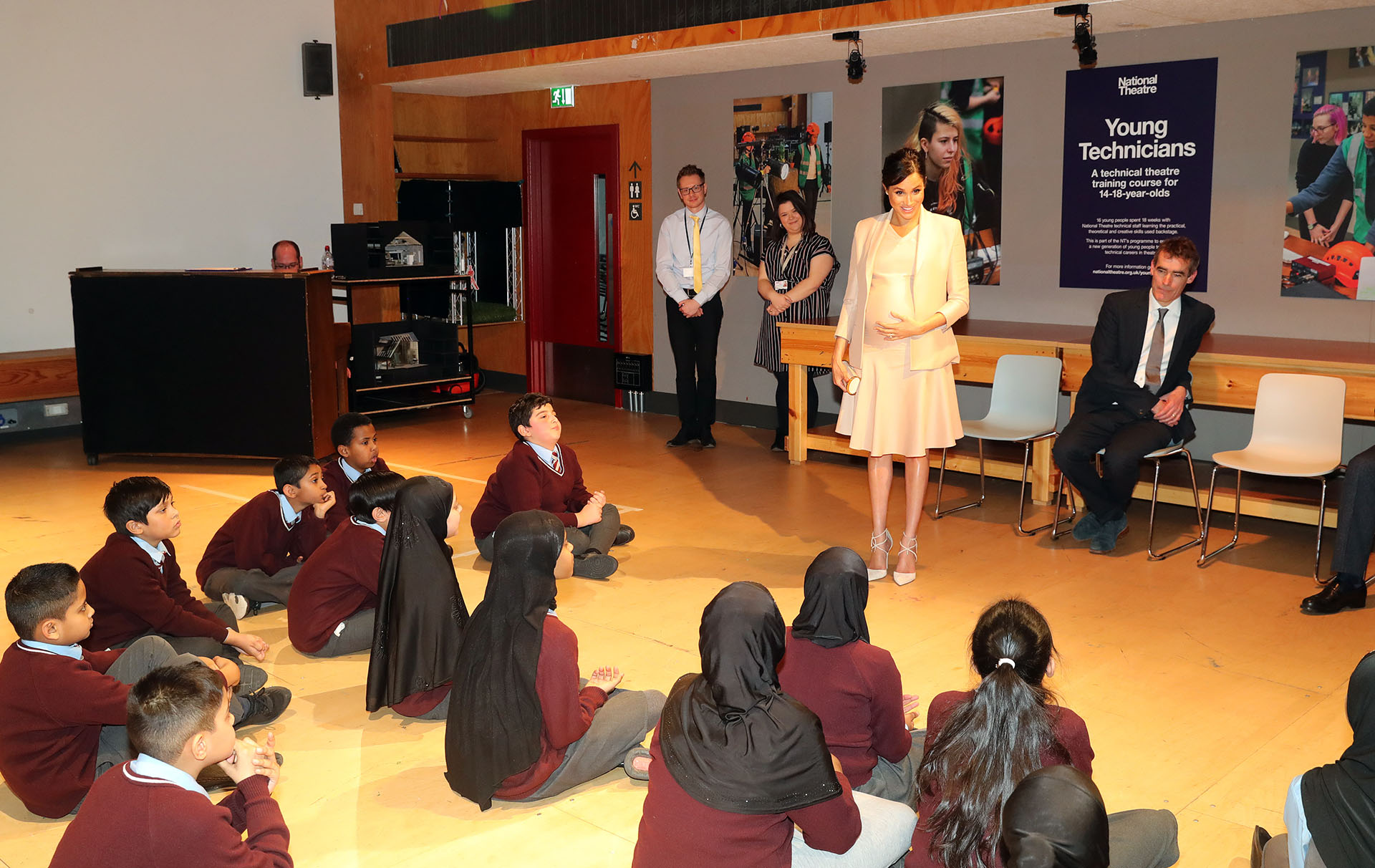 10-year-old student Kroni Pacolli, revealed, ‘We didn’t know who was coming, just that it was a VIP.

‘I thought maybe it was the Duke of Edinburgh or George Ezra,’ he continued. ‘But then when they said it was a female VIP I thought ‘Yes! Rita Ora!’’

Another pupil, Tahmina Begum, who is also 10-years-old, explained how the schoolkids were excited as the former Suits star used to be in the performing arts industry so she can relate to them.

‘Meghan knows how it feels for us as she used to be an actress,’ said the 10-year-old, ‘so I hope she was impressed by what she saw.’ 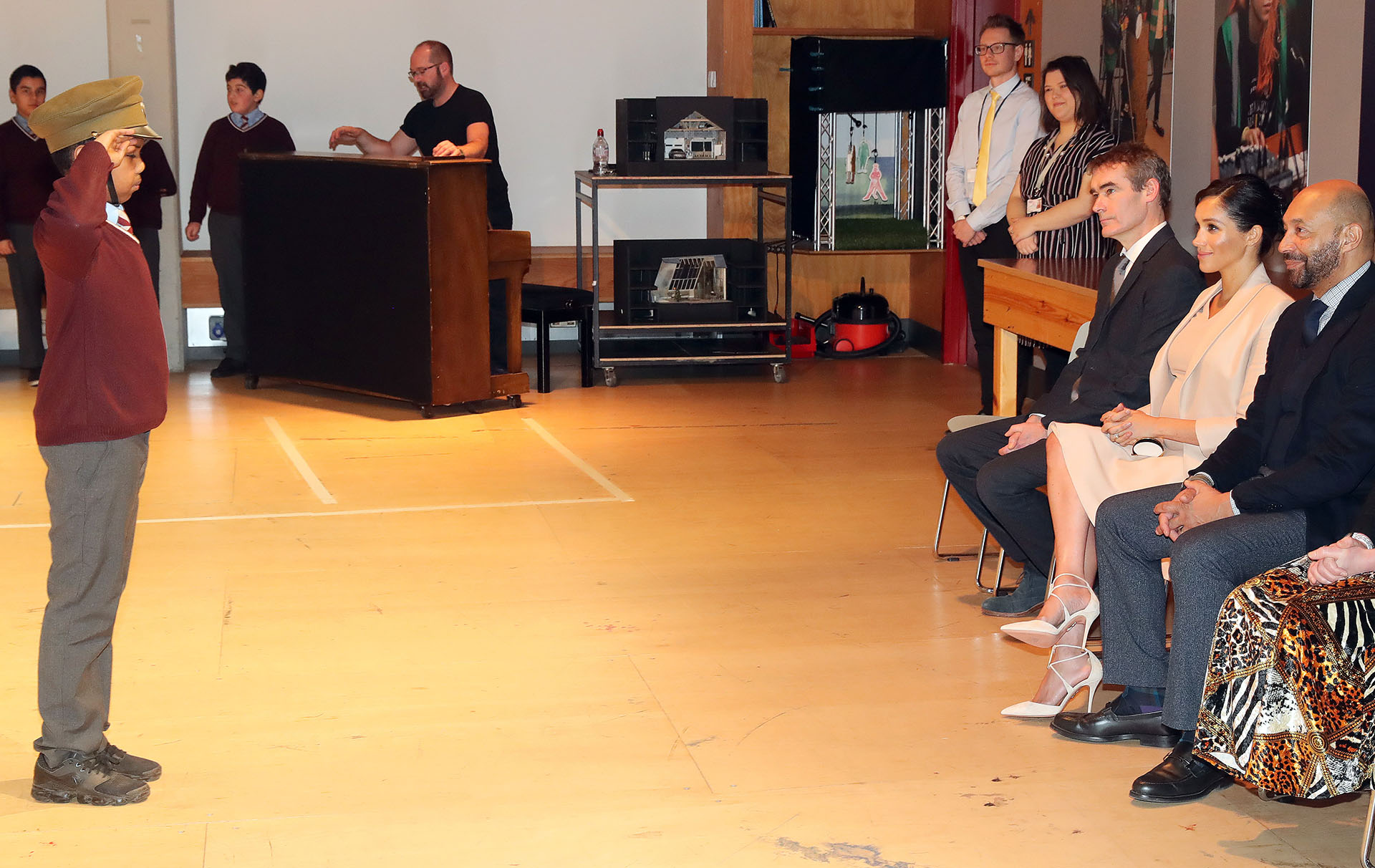 This isn’t the first time that the Duchess has surprised schoolchildren, as last year she left a schoolgirl ‘speechless’ with a secret visit to her academy and a royal wedding invite.

Prince Harry and Meghan Markle made a visit to the teenage pupil’s school in Nottingham back in 2017. It was their first official visit together after the couple announced their engagement.

They also left 13-year-old Leonora Ncomanzi lost for words when they invited her among 1,200 ‘ordinary heroes’, young leaders and community stalwarts from ‘every corner of the UK’ to the royal wedding.

At the time, Leonora said: ‘When I found out that I was invited to the wedding, I was speechless. I am so excited.’

‘I’m looking forward to the wedding a lot – I can’t wait to see Meghan again.’