The Queen has reportedly invited Doria Ragland, Meghan Markle’s mother, for Christmas dinner at Sandringham House with the rest of the Royal Family.

Doria Ragland is set to become a grandmother for the first time next year and to mark the end of a whirlwind year, which saw her daughter marry a prince and enter the British Royal Family, she’ll be joining all the royals at Sandringham for Christmas dinner.

Most families have their own traditions at Christmas and when you first start your relationship it can be tricky to divvy up the time with each of your families equally.

However, when you’re entering the Royal Family the idea of a shared Christmas is probably a little more complicated and pressurised!

Thankfully for Meghan, Harry’s grandmother the Queen has reportedly invited Doria for Christmas dinner so she doesn’t have to be away from her daughter.

The Express report that a senior source said: ‘It’s a mark of the Queen’s respect for Meghan and an acknowledgement that she doesn’t have any other relations in this country – unlike Kate who has the support of a very close family.’ 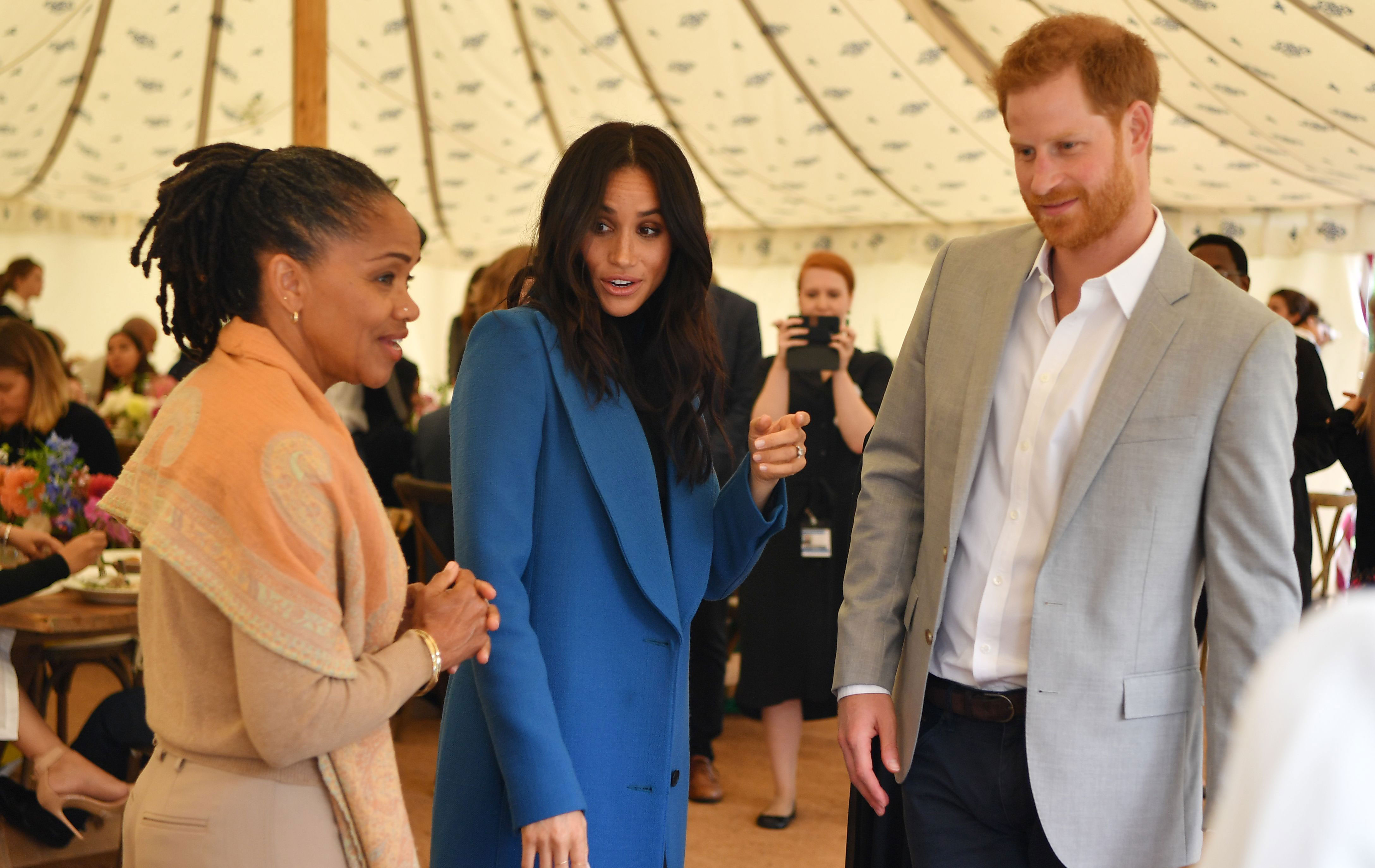 Kate’s family have been invited to the Christmas church service in previous years but they’ve never stayed at the same residence as the Queen. Instead, they are usually based at William and Kate’s home in Norfolk.

Doria’s presence at the Royal Family’s Christmas celebrations makes it seem all the more likely that she is planning to move to London permanently to be with her daughter and soon, grandchild.

Meghan’s due date will fall in Spring which gives Doria roughly five months to full prepare for his or her’s arrival!

Harry and Meghan broke royal tradition last year when it was revealed that Meghan would join the Royal Family for Christmas, despite not yet being married into the family.

The Queen clearly has a soft spot for Meghan and her mum and it appears the admiration is reciprocated as Doria revealed one of her favourite moments from her daughter’s wedding was meeting the Queen!

How did you juggle for first Christmas as a couple? Do you have any tips for other couple’s facing their first year as newlyweds? Head over to our Facebook page to share your thoughts!