Prince George and Princess Charlotte could have a special surprise coming their way this month, in a first for the Cambridges…

The two little royals are growing up fast, and will soon both be attending the same school in London.

As they get older, their role within the royal family also changes – including their role at the Queen’s birthday celebration Trooping of the Colour. 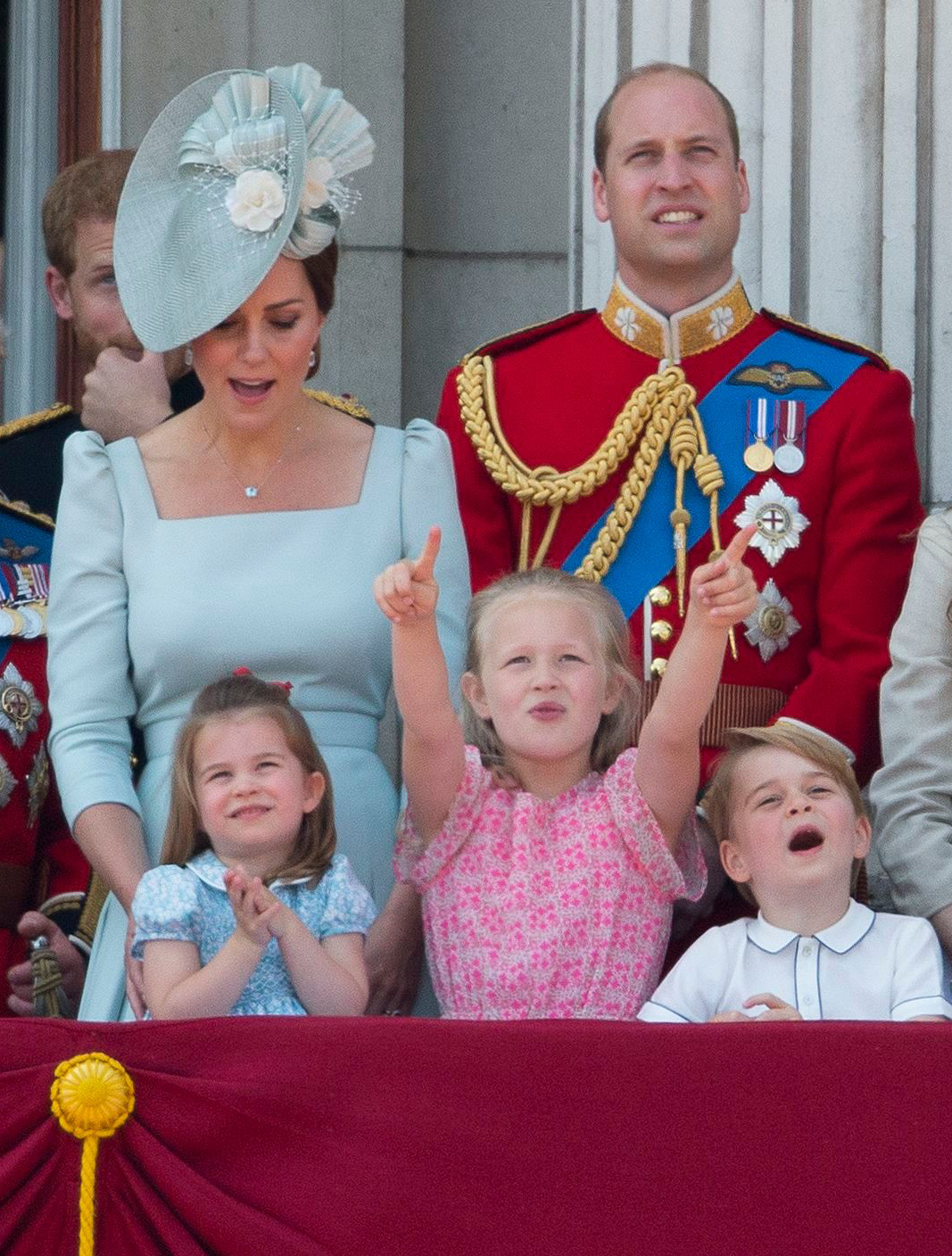 We’ve been treated to their balcony antics for a few years now – which has included one of the most iconic moments featuring royal children ever – but now we might have even more air time with the little Cambridges.

The cheeky duo might be in for a treat this year, as they’re now old enough to be in the carriage with mum Kate and their grandfather’s wife Camilla. 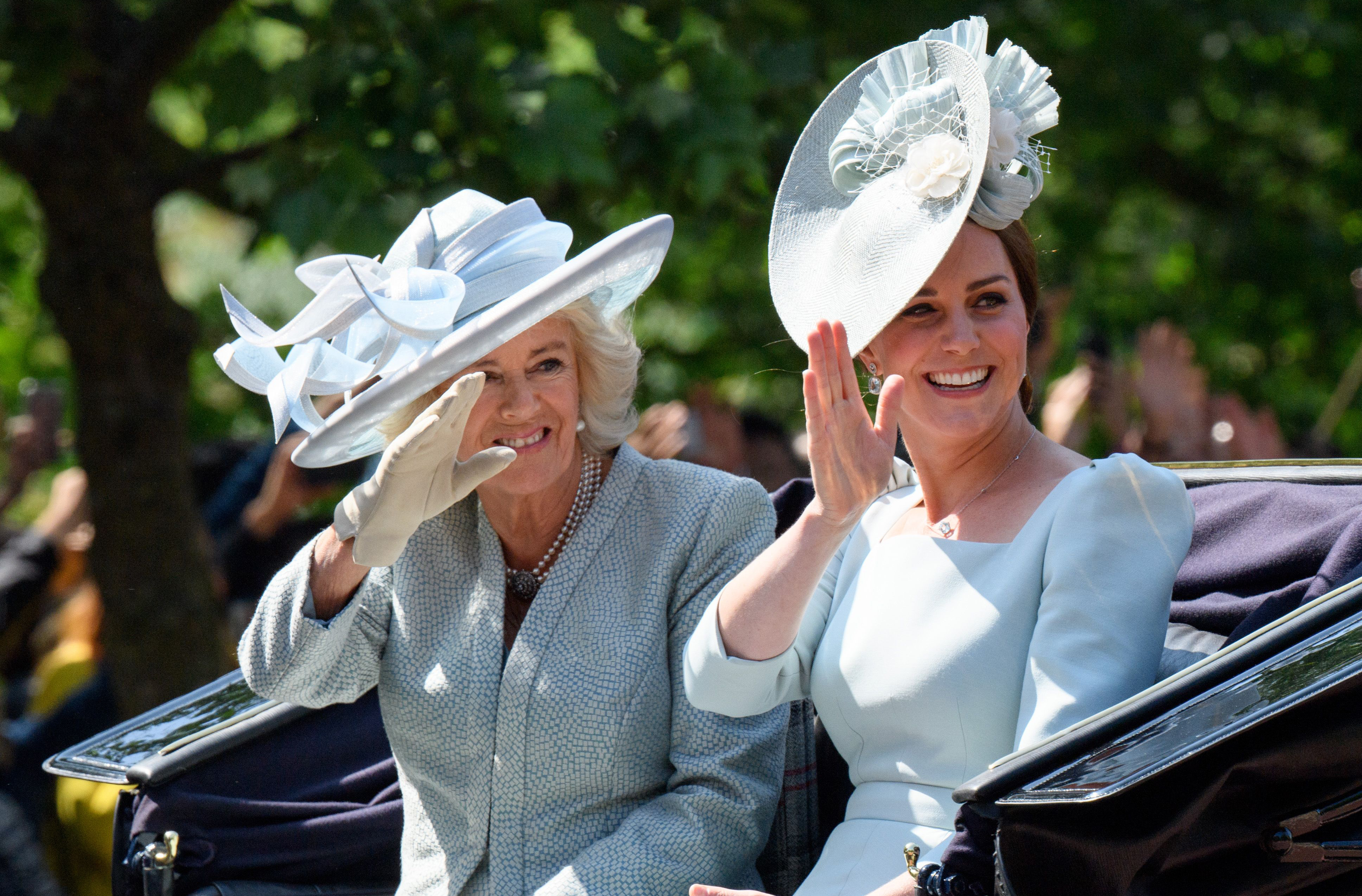 George and Charlotte could be on the carriage with mum Kate and Camilla (Credit: Tim Rooke/REX/Shutterstock)

Their dad Prince William was only four-years-old when he first joined mum Princess Diana in the carriage to the Trooping the Colour in 1987.

Prince Harry also made his carriage debut when he was four, so it’s likely George and Charlotte could be following their dad and uncle’s steps this year.

This year’s Trooping of the Colour is also set to be very special for the Cambridges for another reason.

Prince Louis, who recently turned one, is set to appear for the first time on the balcony.

While he’s too young to travel on the carriage, he is likely to appear alongside his siblings and the rest of his family on the balcony of Buckingham Palace, just like his siblings did after turning one. 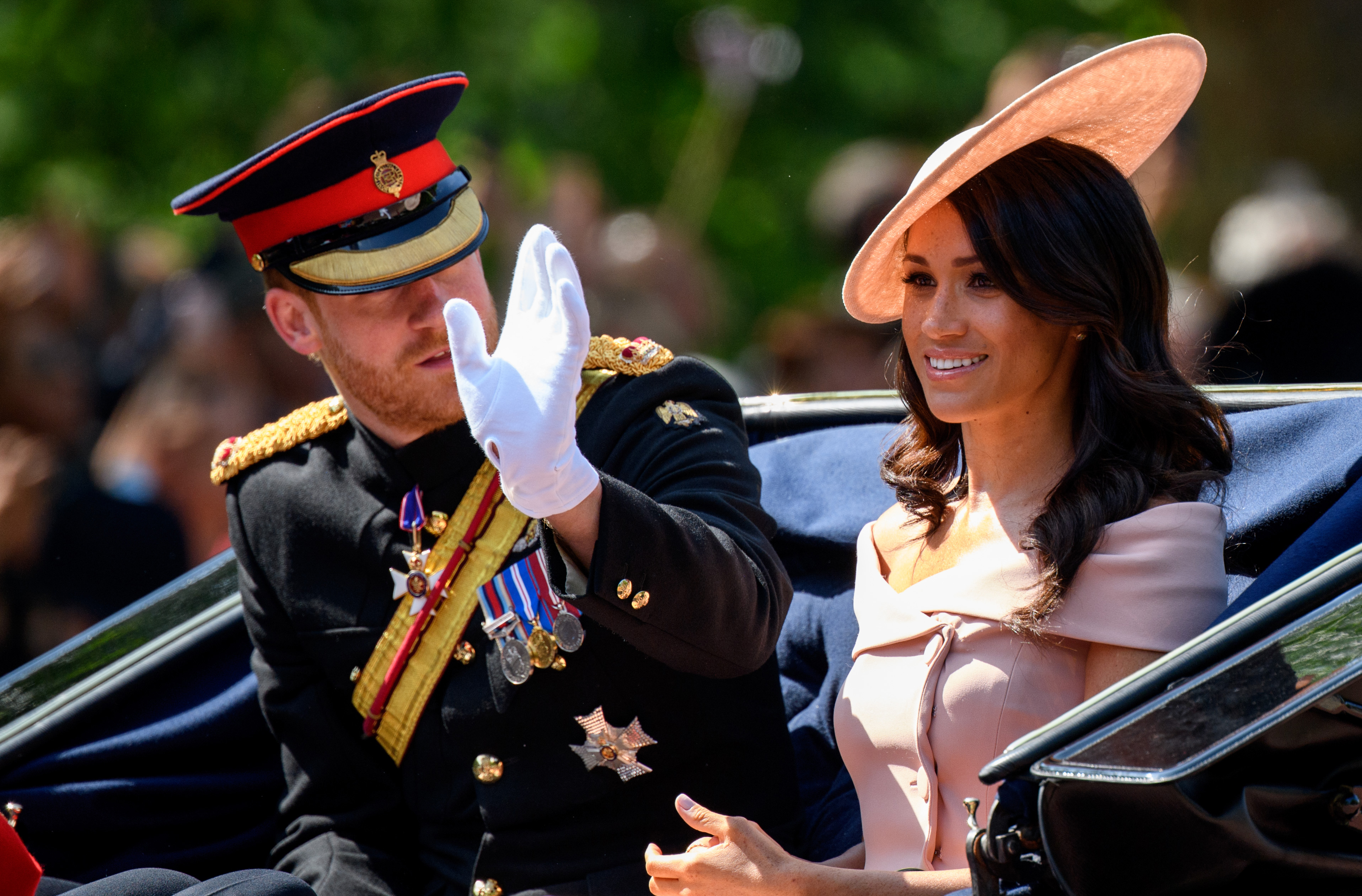 Meghan is likely to interrupt her maternity to join the celebrations (Credit: Tim Rooke/REX/Shutterstock)

Meghan Markle is also likely to take a break from her maternity leave and join the Royal Family for the celebrations.

While the new mum is taking a few months off from royal duties after giving birth to Archie, she’s expected to follow in Kate’s footsteps – who’s never missed a Trooping of the Colour, even while on maternity leave – and join husband Harry on the balcony.

But even though royal fans all over the world are desperate to catch another glimpse of baby Archie, it’s unlikely we’ll see him on the balcony this year as he’s still to young.