Prince Louis will turn one in a few months and hopefully we will start to see a little more of his personality as he’ll be old enough to attend more royal events.

The youngest of the Cambridge children wasn’t able to attend his uncle Prince Harry’s wedding and missed out on the second royal wedding of 2018 too.

Prince Louis was also too little to attend the famous Trooping of Colour at Buckingham palace and was noticeably absent from the much-adored balcony pictures with his older siblings Prince George and Princess Charlotte.

But Prince Louis’s position as the youngest of Kate and William’s children could be challenged soon as his mum admitted she was feeling broody.

Kate and William were in Northern Ireland for a short two-day tour when she made the confession.

During their walkabout Kate was drawn to a little five-month-old baby called James who was being held by his father Alan.

Cooing over little James Kate said he was sweet and admitted: ‘He’s gorgeous. It makes me feel a little broody.’

Although Kate didn’t dismiss the idea of having a fourth baby, she did hint that her husband would be less keen on the prospect of expanding their brood. 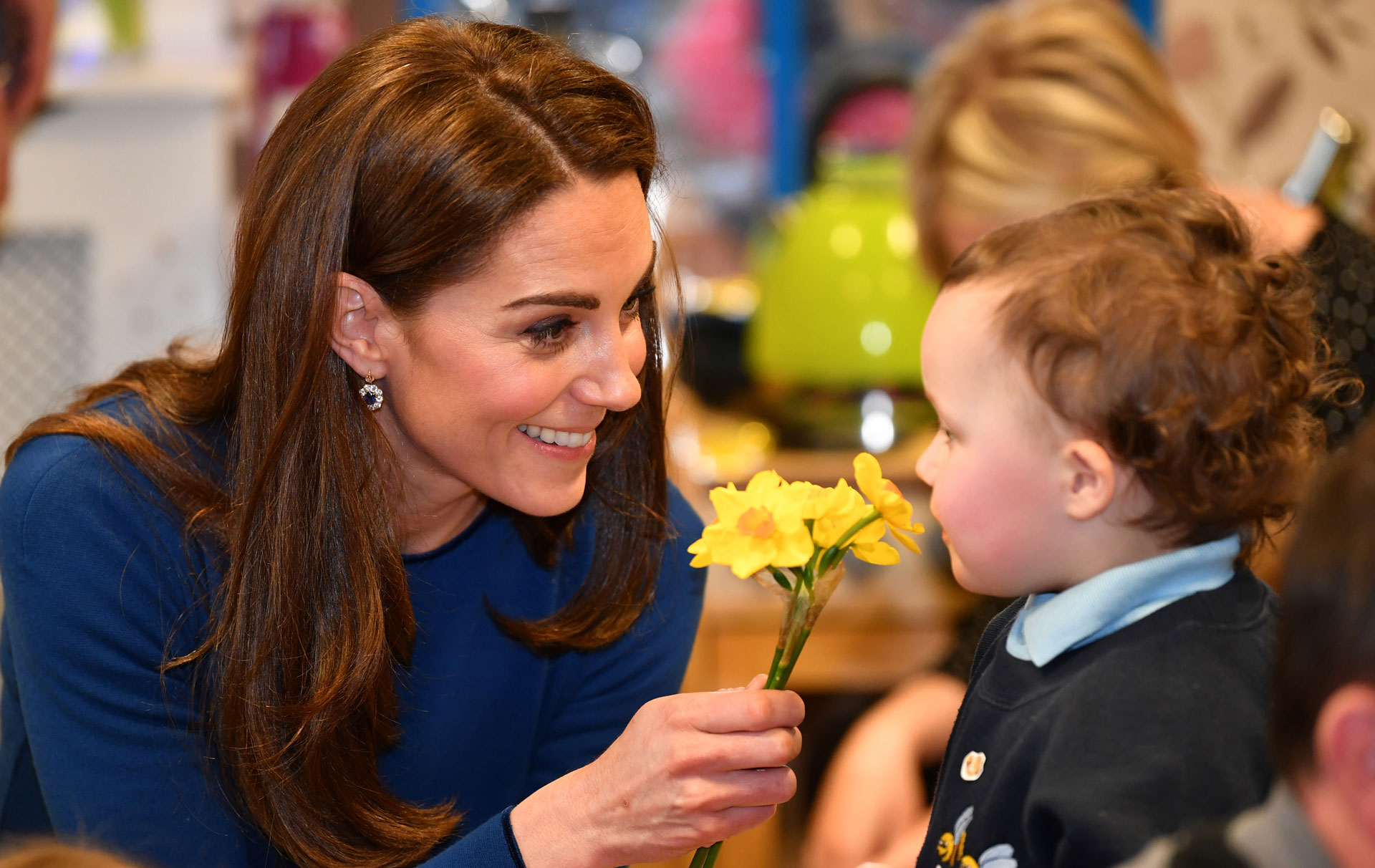 She laughed and said: ‘I think William would be a little worried.’

Earlier this year the odds on Kate having a fourth baby were slashed but so far it seems it’s unlikely we will have any more royal baby news in the near future.

In the meantime we will just have to wait for Prince Harry and Meghan Markle to welcome their first child.

Thankfully it’s now only roughly two months away as Meghan must be around 32 weeks pregnant as she is due in April.

Over the next few weeks Meghan and Harry’s baby will double in size so Meghan’s baby bump will be visibly larger!

Do you think Kate and William will have a fourth baby to keep Prince Louis and Meghan and Harry’s child in good company? Head over to our Facebook page to share your thoughts…