Princess Charlotte looks the spitting image of her father Prince William in a new picture comparison, featuring an adorable photo from his childhood.

Princess Charlotte is the only daughter of Prince William and Kate Middleton, and you could say a bit of a rarity as last year it was reported that middle children could go extinct!

The sassy little royal often seems to exude confidence when out and about on official royal duties.

It is perhaps no surprise that at every opportunity, Princess Charlotte’s appearance is compared to other members of her family to highlight any noticeable similarities in facial expression and even body language.

At her uncle Prince Harry’s wedding Princess Charlotte was seen to be taking after her mum with her posture and her looks have been compared to her late-grandmother’s niece Kitty Spencer as well as her Majesty herself!

She’s also been compared to her little brother Prince Louis and Kate and William like to dress all their children in hand-me-downs so it’s lovely to see these comparisons too.

So in the latest search for an uncanny picture comparison, we uncovered this gem of Prince William from 1985 on his first day of school and it instantly took us back to Princess Charlotte’s outing at Prince Louis’ christening. 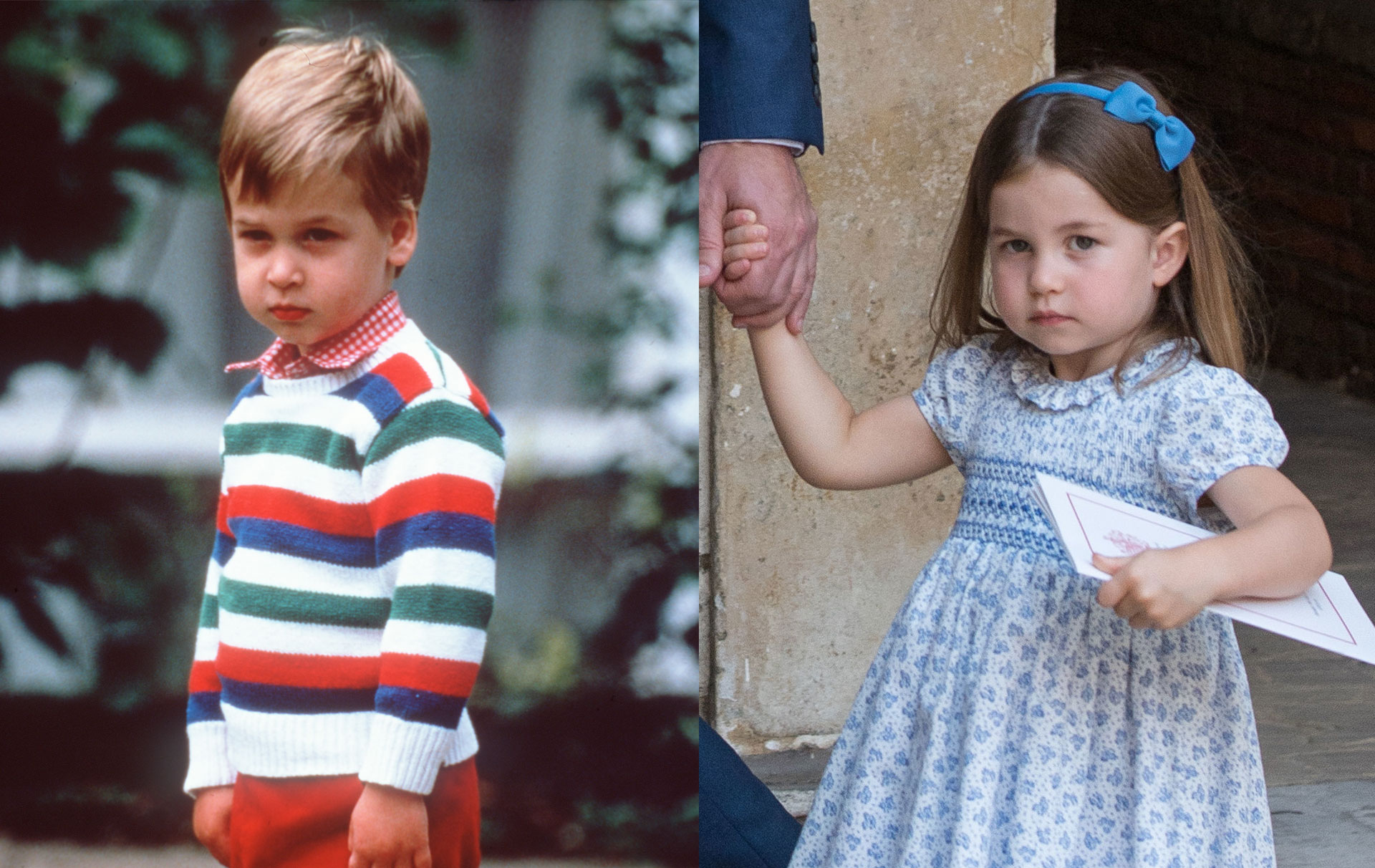 Can you see the resemblance? Prince Charlotte clearly gets her eyes and cute little nose from her father and the two definitely share the same serious glare and adorable reluctant pout.

This isn’t the first time comparisons have been drawn between Princess Charlotte and her father. In October last year, Instagram account Tea Time with the Cambridges shared a side-by-side picture of Charlotte and William with the same unmistakable grin.

It’s an exciting year for the royal family with Prince Louis set to enjoy is first birthday and Prince Harry and Meghan Markle will welcome their first child together in spring.

So it won’t be long before we have another baby and royal couple to drawn comparisons from… Exciting stuff!