Prince Harry has revealed that baby number two is already on the cards as he joked with guests at a Buckingham Palace party hosted by the Queen.

Prince Harry and Meghan Markle were always very clear about the fact they saw children as part of their future.

Even in their engagement interview, back in November 2017, the couple said having a family was a priority for the ‘near future’.

Harry and Meghan wasted no time at all and announced they were expecting their first child together just five months after they said I Do in Windsor.

With just a matter of months to go before their little boy or girl arrives, Prince Harry has already been joking about his next baby with Meghan!

Prince Harry made the cheeky remark while at a royal engagement yesterday, which was hosted by his grandmother the Queen at Buckingham Palace.

He was speaking to Falklands veteran Simon Weston who also teased the Prince about England’s recent defeat in the Six Nations rugby.

Simon revealed: ‘We also joked about Wales defeating England in the Six Nations rugby. I also warned him and the Duchess it serves him right as they will be getting plenty of sleepless nights when the baby is born.

‘He said if they have any more than two it will serve him right.’ 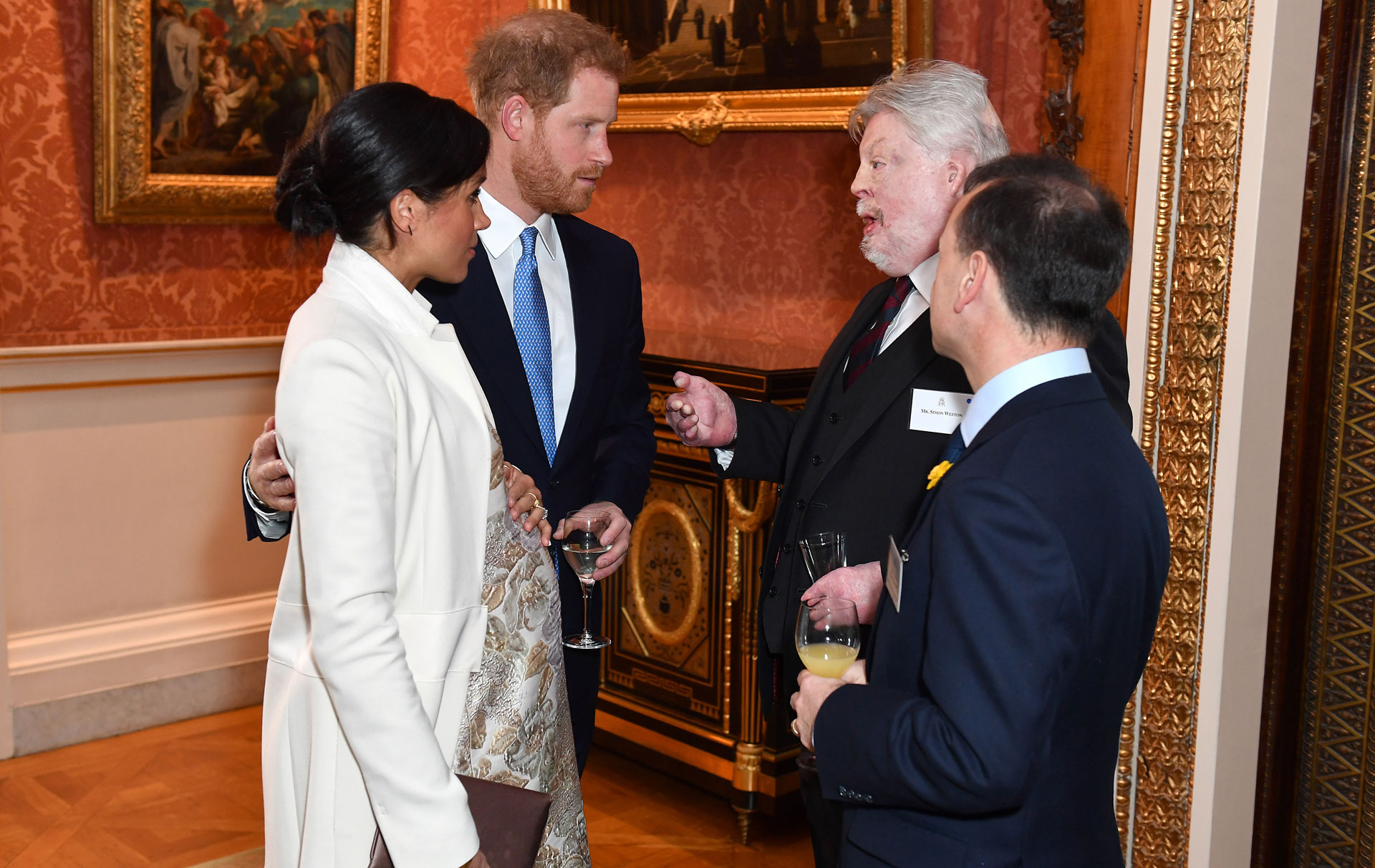 Harry and Meghan with Simon Weston and Alun Cains

Meghan was also seen mingling with the attendees and joked with the Welsh Secretary Alun Cains that she looked a little different to the first time they met.

Alun congratulated the mum-to-be on her pregnancy and Meghan replied: ‘I look rather different than the last time you saw me. Yes it’s sweet, we’re nearly there.’

Meghan revealed a few weeks ago that were baby was due in April and she appears to have some very exciting maternity leave plans lined up.

Read more: How Meghan Markle’s pregnancy could influence her relationship with Kate Middleton

The mum-to-be has been fitting in as many engagements as possible before the baby arrives, as she’ll probably take a good few months off to bond with her new little one.

However, with Trooping the Colour taking place on June 1, it will be interesting to see if Meghan decides to attend.

Kate made it to the celebration last year, a few months after welcoming Prince Louis, so she’ll be on hand to support and advise Meghan should she want or need it.

With just a few months to go, are your bets on Harry and Meghan having a little boy or girl? Head over to our Facebook page to share your predictions and don’t forget to explain why…