Royal fans are convinced Princess Eugenie and Jack Brooksbank are expecting their first child, and this is why…

It’s been a great last few years for new additions to the royal family, as they keep welcoming new members.

And of course, Meghan and Harry announced last October, just a few days after Princess Eugenie’s wedding, that they would be welcoming their first child in 2019.

But as we approach Meghan’s due date, it seems that another royal baby announcement could be imminent.

When Princess Eugenie posted a throwback post to when she announced she was engaged to Jack, royal fans started thinking she was hinting at baby news.

Alongside a picture from their engagement shoot, she wrote: ‘#tbt to exactly this day last year – Jack and I announced our engagement. What a year it’s been since then and how exciting for 2019.’

Commenting on the snap, fans of the couple quickly started wondering if this ‘exciting’ year meant she was pregnant. One said: ‘I hope this exciting 2019 means a baby is on the way!’

Another wrote: ‘I do hope like millions of other that there is baby news. Your wedding was so beautiful. Congratulations to the both if you.’

The rumours started a few months ago, when betting intelligence site bookmakers.tv said punters were convinced Princess Eugenie and her husband Jack could be the next couple announcing a royal pregnancy.

Eugenie, 28, and Jack, 33, got married last October, so a baby announcement would come only six months after their special day. However, Meghan and Harry are likely to have conceived in July and announced their baby news just five months after their wedding, so the timing wouldn’t be unheard of for the royal family.

A spokesperson for the site said: ‘The odds of Eugenie and Jack sharing some good news soon have taken another plunge with the latest betting definitely suggests there could be an announcement around the corner.’ 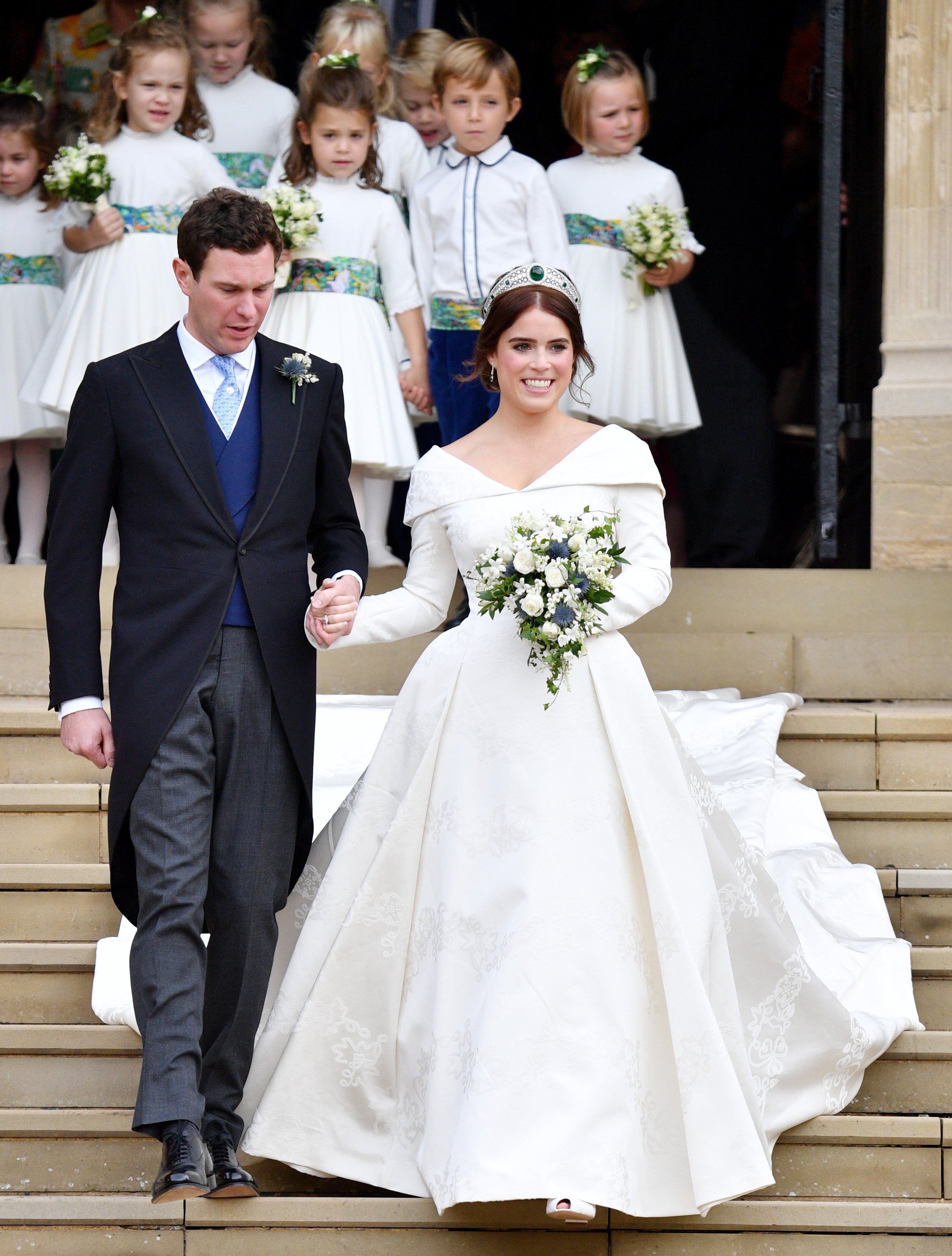 The couple tied the knot in October (Credit: Tim Rooke/REX/Shutterstock)

The company issued a very similar statement back in September about Meghan’s pregnancy, a month before she announced she was indeed expecting her first child with Prince Harry.

Alex Kostin of Bookmakers.tv said at the time: ‘The odds of Meghan and Harry sharing some good news soon have taken another plunge.

“The latest betting definitely suggests there could be an announcement around the corner and when it comes bookies should brace themselves for the biggest royal betting frenzy of all time.’